Following a multi-million-pound investment into the city, Coventry is now on track to becoming the UK’s first all-electric bus city by 2025, with up to 300 zero-emission buses expected to be on the streets. 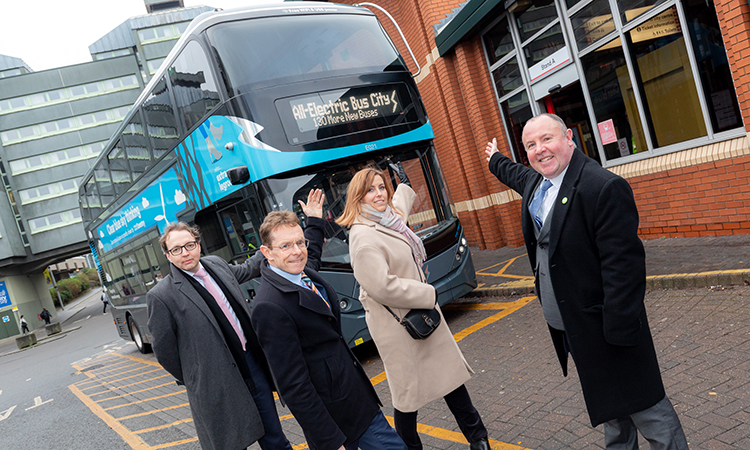 In 2021, Transport for West Midlands (TfWM) – part of the West Midlands Combined Authority (WMCA) – secured £50 million in funding from the Department for Transport (DfT) to ensure that every bus in Coventry is zero-emission. Following this, National Express Coventry ordered the brand new British-built zero-emission buses, which are due to enter into service in early 2023, to improve air quality and reduce carbon emissions in the city.

Now, under a deal with TfWM, National Express Coventry is making an additional multi-million-pound investment into the All-Electric Bus City Project with the purchase of 130 new buses, which puts Coventry on the road to becoming the UK’s first all-electric bus city.

Similar agreements with other bus companies and those running subsidised services are likely to follow, with the aim of putting up to 300 electric buses on the streets of Coventry, guaranteeing an all-electric fleet by 2025.

In addition to new vehicles, TfWM is also working with Coventry City Council to create the necessary charging infrastructure to power the new buses. This will include upgrades to bus depots and charging points at Pool Meadow Bus Station.

“It really is incredibly exciting to think that, [in 2023], we will have 130 all-electric buses on the streets of Coventry thanks to the deal that we have signed with National Express. These clean and green double decker buses will not only be fantastic for passengers with their comfort and state-of-the-art technology, but it will also help in reducing air pollution and tackling the climate emergency,” said Andy Street, the Mayor of the West Midlands and Chair of the WMCA.

New and existing bus users will enjoy a smoother, greener, more inclusive transport experience with improvements in accessibility, as well as better comfort and information while on the move.

David Bradford, Managing Director of National Express Bus, said: “Ten of our existing electric double decker buses have already driven over 850,000 miles and saved 1,400 tonnes of carbon dioxide from going out into the atmosphere. Hundreds more of these zero-emission buses are now on their way.”

National Express Coventry has been operating 10 fully electric buses across the city since summer 2020. In 2019, Coventry City Council was awarded £2.2 million from the UK government’s Ultra-Low Emission Bus Scheme to fund the 10 new electric buses and supporting infrastructure. Each of the 10 buses can charge up in four hours and can run for 220km in the winter or 280km in the summer before needing another charge.

The bus company’s depot near Pool Meadow Bus Station has solar panels fitted, which harvest renewable energy during the day and help to recharge the electric buses overnight. Each electric bus has its own charging station. Coventry depot engineers can monitor the buses’ performance in real-time on an app on their phones.

Drivers must be specially trained to drive electric buses because they behave differently to combustion engine-driven buses. Thus, the drivers learn to preserve the charge for as long as possible and extend the range of the vehicle.