As we reach the end of 2021, Bird has published a range of end-of-year data outlining the environmental, economic and other notable achievements that it made during 2021. 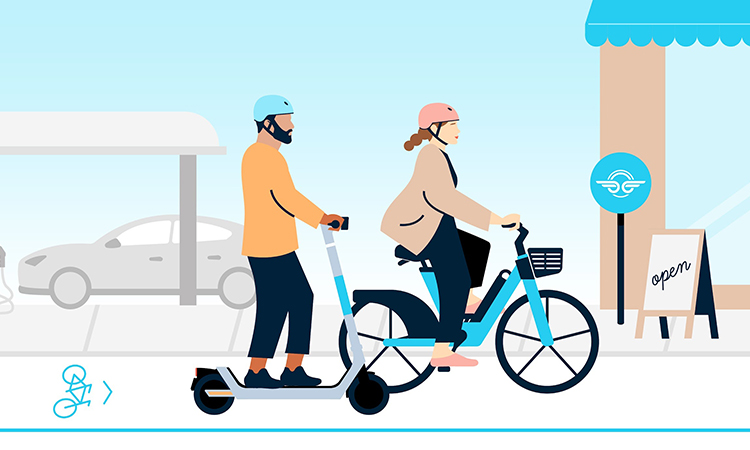 It takes more than 650,000 gallons, or around 2.5 million liters, of water to fill up an Olympic-sized swimming pool. Double that, and you start to get a sense of how much gasoline was not burned in cars in 2021 thanks to the modal shift behaviours of Bird riders all around the world.

In a year when the United Nations’ (UN) IPCC report on climate change issued an unambiguous ‘code red’ warning for humanity, these figures are encouraging. The estimated 1,125,000 gallons of unused gasoline saved by Bird riders equates to as much as 10,000 metric tonnes of carbon dioxide prevented from entering the atmosphere, calculated with reference to guidance from the United States Environmental Protection Agency (EPA). It is comparable to the amount of CO2 absorbed by nearly 460,000 mature trees in one year, using the methodology published by the Arbor Day Foundation.

In other words, riding with Bird in 2021 had the same impact on carbon sequestration as one year of protecting 2.5 square miles, or 6.5 km2, of the Amazon rainforest. That is not enough, but it is certainly a step in the right direction.

It is important to note that calculating the environmental impact of shared e-scooters and e-bikes is not an exact science. It is a complicated process that should, if done correctly, factor in everything from research, development and detailed lifespan assumptions to recycling efforts. 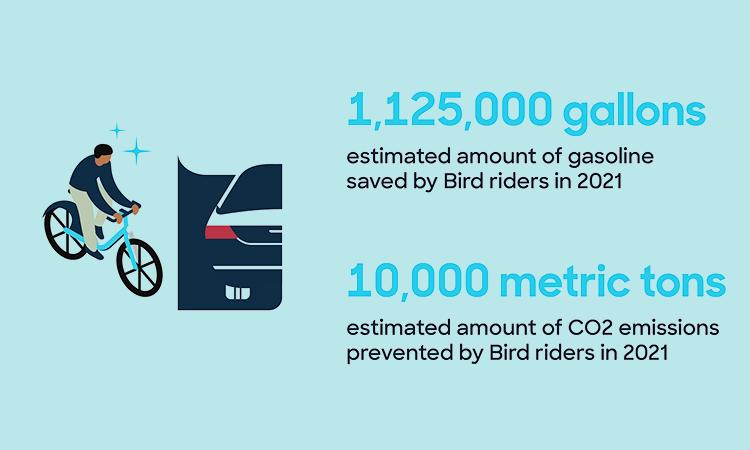 In addition to their impact on the environment, Bird micro-electric vehicles had an economic role to play in 2021, as cities all over the world attempted to reopen and adjust to a COVID-19 world.

Thanks to an in-depth study from Emory University’s Goizueta School of Business published in 2021, Bird has a clearer idea of what that economic impact was. According to the findings of the six-month study, each deployed scooter in a city spurs a given amount of additional incremental spending relative to cities of comparable size that do not offer this type of micro-mobility resource.

Conservative estimates show that Bird scooters added more than $100 million in incremental spending, predominantly across local food and beverage companies, across our partner cities in 2021. 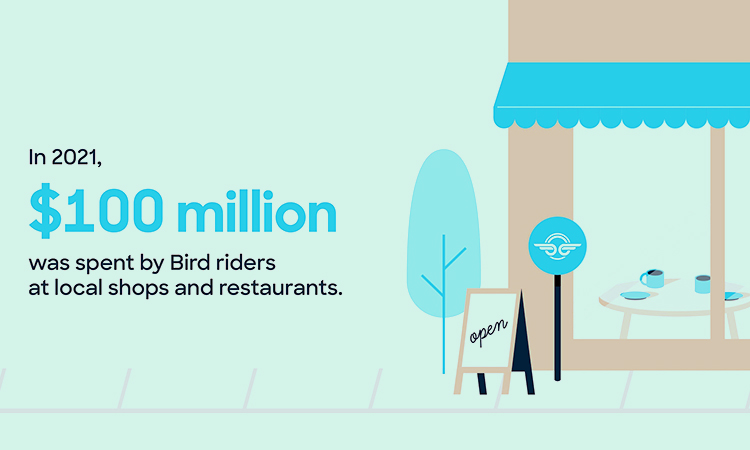 Beyond these environmental and economic figures, 2021 was a milestone year for Bird.

In 2021, Bird became the first operator to serve more than 350 cities around the world and, on 5 November 2021, it became the first micro-mobility company to list publicly on the New York Stock Exchange. This is important not only for industry stability and long-term growth, but also because it gives Bird access to the public market to advance its mission and take meaningful action to protect the planet.

Other notable 2021 data and achievements include:

Around the world, riders are relying on Bird for thousands of trips around their home cities. Bird’s top five global riders – hailing from Austin, Lisbon, Rome, San Jose and Madrid respectively – have combined to take more than 20,000 trips in 2021.

The launch of Bird Three in 2021, with its increased battery capacity, has enabled longer Bird rides than ever before. On 7 September 2021, a rider in Munich, Germany took their Bird Three to the limit, covering 28.5 miles (45.6 km) on a ride that lasted two hours and 48 minutes. This was just over one tenth of a mile longer than a Bird Three rider in Tampa, Florida, who rode 28.4 miles on 10 October 2021 during a trip that lasted two hours and 39 minutes.

The average Bird ride length has reached a new record high in 2021. It is now 58 per cent longer worldwide when compared to 2019, as riders continue the post-COVID-19 trend of leveraging micro-mobility for longer and more varied trips.