As part of a landmark partnership, Lyft and Motional have announced their plans to launch a fully driverless public ride-hail service in Las Vegas, Nevada, in 2023. 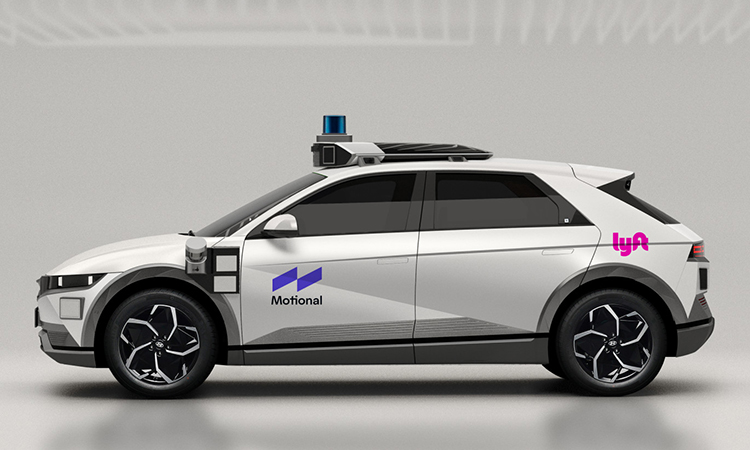 California-based app Lyft, Inc. and Motional, a global leader in driverless technology, have announced the planned launch of a fully driverless public ride-hail service in Las Vegas, the first city in a multimarket deployment. The service will be the first time that fully driverless cars for use in a ride-hailing service are available to the public in Nevada.

Motional’s next-generation robotaxis, the all-electric Hyundai IONIQ 5-based robotaxi, will be available on the Lyft app in Las Vegas, starting in 2023. The deployment is part of a landmark partnership between Lyft and Motional that was announced in 2020.

With plans to launch in multiple markets, the service is also designed to be scalable and positions both companies to introduce millions of riders to driverless technology in the future.

“Lyft’s powerful network is the ideal platform for deploying autonomous vehicles at scale. Motional’s driverless tech, combined with Lyft’s marketplace engine, brings us firmly into the self-driving future,” said Lyft‘s Co-Founder and CEO, Logan Green. “We can’t wait for riders in Las Vegas to be the first to summon fully driverless cars on the Lyft platform.”

Motional’s President and CEO, Karl Iagnemma, said that the announcement marks an important milestone between the two companies. “Motional and Lyft pioneered collaboration between the ride-hail and driverless industries, and are now laying the foundation for large-scale deployments of driverless robotaxis,” said Iagnemma. “We look forward to beginning this next chapter in Las Vegas, and then quickly scaling to other markets across the Lyft network.”

Lyft and Motional are collaborating closely in the lead-up to the 2023 commercial launch, iterating on all aspects of the deployment and rider experience. This includes transporting passengers via next-generation robotaxis in the second half of 2022.

During this initial phase, riders will experience their end-to-end journey autonomously, including entering the vehicle, starting their ride and requesting support. This will allow the two companies to gain rider feedback, refine the rider experience to be as intuitive as possible and more.