The Elevate Transit: Zoning for Accessibility initiative will enable the Metropolitan Transportation Authority to achieve a fully accessible transit system across New York City on a faster timeline. 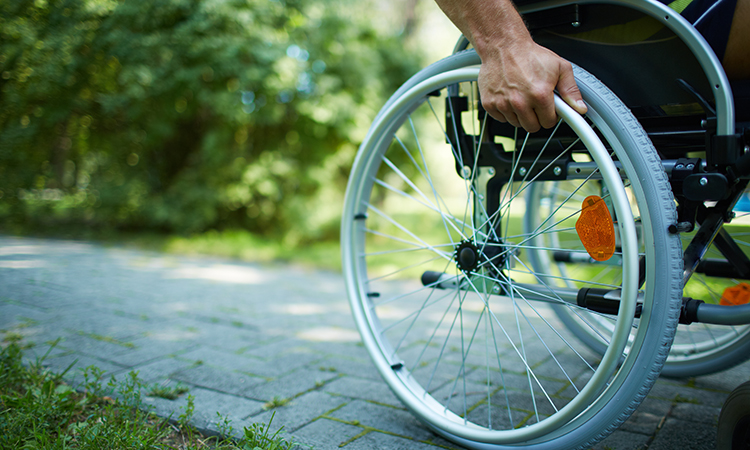 Mayor Bill de Blasio, the New York City Council and the Metropolitan Transportation Authority (MTA) have announced the approval of Elevate Transit: Zoning for Accessibility, a collaboration between the MTA, City Council, the Department of City Planning (DCP) and the Mayor’s Office for People with Disabilities (MOPD) to boost New York City’s push to make its transit system fully accessible.

The initiative will allow the MTA to leverage planned private development to achieve a fully accessible transit system faster, while saving taxpayer dollars as the MTA faces financial challenges caused by the ongoing pandemic.

Zoning for Accessibility incentivises private developers to design their buildings to incorporate public station accessibility projects or build the improvements at nearby MTA stations. It creates a new set of tools – and strengthens existing ones – that build off of the MTA’s commitment of over $5 billion of funding for 77 accessible subway, Long Island Rail Road (LIRR), Metro-North Railroad and Staten Island Railway (SIR) station projects within New York City in the 2020 to 2024 MTA Capital Plan.

“Building a recovery for all of us means making public transportation accessible to everyone who rides it – especially seniors, young families and New Yorkers with mobility disabilities,” said Mayor Bill de Blasio. “I’m proud to work across government to drive greater investment in these accessibility improvements, and I look forward to collaborating on more creative ideas to make our city fairer and more equitable.”

“Elevate Transit: Zoning for Accessibility is an important step in advancing a fair and equitable recovery for all New Yorkers. These zoning levers add another tool in our toolkit to meet our accessibility goals and better serve people with mobility disabilities, senior citizens and transit riders as a whole,” said Deputy Mayor for Housing and Economic Development, Vicki Been. “We thank the City Council, the MTA and all of the city agencies involved for their collaboration and leadership to make this creative idea a reality.”

“Zoning for Accessibility builds on the MTA’s historic $5.2 billion investment in making our transit system more accessible, by using private development to accelerate ADA upgrades,” said MTA’s Acting Chair and CEO, Janno Lieber. “This initiative reflects Governor Hochul and the MTA’s shared commitment to all New Yorkers — particularly riders with mobility disabilities, seniors and parents of young children — to modernise the entire transit system as quickly and efficiently as possible.”

“The approval of Zoning for Accessibility is a significant milestone in our efforts to make New York the most accessible city in the world,” said Victor Calise, Commissioner of the NYC Mayor’s Office for People with Disabilities and MTA Board Member. “The MTA is already working hard on the design and construction of additional accessibility projects. With the introduction of new private dollars through Zoning for Accessibility, the MTA will be able to complete more accessibility projects on a faster timeline.”

This provision requires developers of most mid- or high-density sites adjacent to subway, Staten Island Railway, Long Island Rail Road and Metro-North Railroad stations within New York City to consult with the MTA first to determine whether the MTA needs an easement (permanent access to a small piece of property) for future accessibility projects at the adjacent station. Easements can play a critical role in helping to reduce expensive, time-consuming barriers to constructing elevators, such as underground utility relocations, and allow for station designs that better serve riders. If an easement is necessary, the developer would receive targeted zoning relief to offset the creation of an easement.

This provision expands the existing ‘transit improvement bonus’ from central business districts to other high-density areas in the city. This programme incentivises private developers to directly fund and build new transit station access improvements, such as elevators or other circulation improvements at already accessible stations, in exchange for a floor area bonus of up to 20 per cent. Accessibility improvements attained through the bonus mechanism are achieved at no cost to the MTA and will be in addition to projects funded through the MTA’s Capital Plan. Each bonus application will still require a public review and approval process.

These provisions will help to free up funds for the MTA to make more stations accessible on a faster timeline and provide more accessible routes for its customers. Currently, only about 30 per cent of the 493 subway and Staten Island Railway stations in New York City are fully ADA-accessible.