Moscow’s ‘On the Way’ on-demand transport service will operate similar to a taxi, but at transparent city rates. 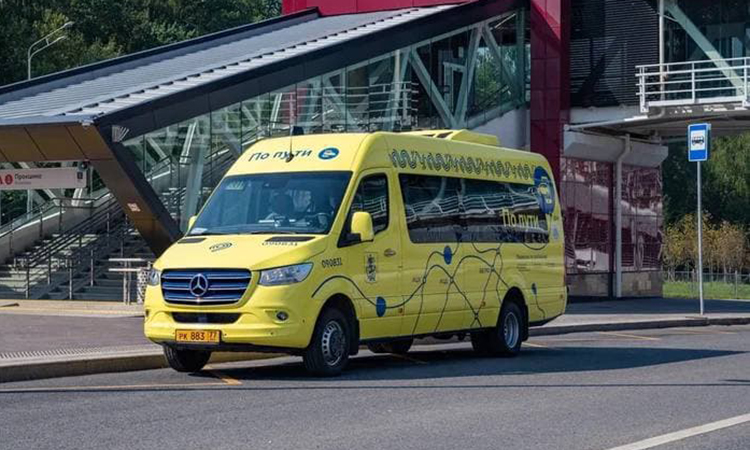 Testing of the first on-demand transport service in Russia, known as the ‘On the Way’ service, has begun in Moscow.

The on-demand transport service will be launched as part of the development of transport accessibility in New Moscow. Small settlements within the region are located far from each other, buses run less often than in the city centre and the long distances make taxi rides too expensive.

On-demand transport is popular in other European countries, but it is still unique for Moscow and Russia – it will operate similar to a taxi, but at transparent city rates.

Testing will begin in the Troitsky and Novomoskovsky Administrative Districts. Mosgortrans has invited residents of the districts to test the service before the official launch, as citizens can offer ideas for improvements. Residents of the Sosensky, Desenovsky, Voskresensky and Filimonkovsky districts are included in testing.

Personalised transportation doesn’t depend on a schedule and allows passengers to build flexible routes. The system of the service is quite simple: the user calls the bus through the Moscow Transport application, indicates departure and destination points, and receives a message with coordinates of the nearest place for pick-up. The arrival of the bus is carried out within half an hour.

“The Mayor of Moscow instructed us to test innovative services together with residents to make them more convenient. Such a big interest in the ‘On the Way’ service among residents of the Troitsky and Novomoskovsky administrative areas shows that we have developed an important and necessary service – its uniqueness is that minibuses and drivers are provided by a city carrier, while the routes are always different. They are dynamically built by the system based on passenger requests in the application. In terms of convenience, the service is similar to a taxi, but the fare will be much lower – at the level of a public transport fare,” said Maksim Liksutov, the Deputy Mayor for Transport in Moscow.