Irish transport could soon return to full capacity, with plans to be assessed by the Irish cabinet next week. Buses and trains on the island have had restricted capacities to reduce the spread of COVID-19. 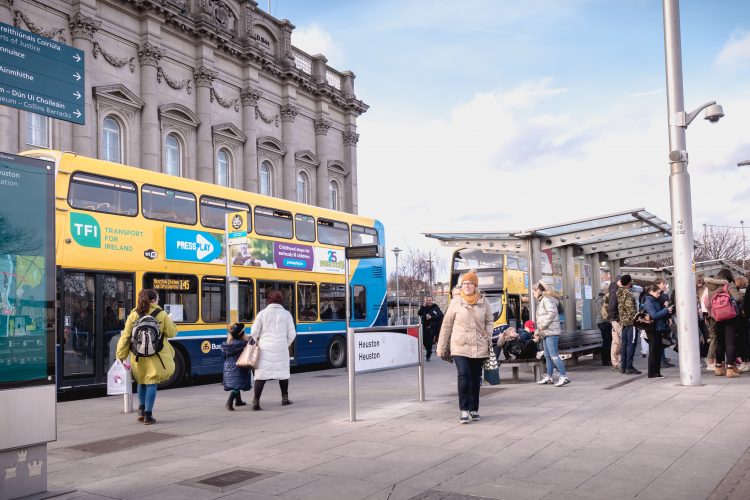 Capacity limits on Irish transport services could be lifted under plans being developed by Minister for Transport Eamon Ryan TD.

Currently, official guidance for the Irish Government is to walk and cycle where possible, with public transport services such as buses and trains reduced to a maximum capacity of 75 per cent.

Yet a plan to lift restrictions will be presented to the Irish cabinet on Tuesday 31 August 2021, where ministers will decide whether to sign off the significant easing of Coronavirus restrictions.

There had been plans to lift the 75 per cent limit earlier this month, but the spread of the new Delta variant delayed those. Instead, the Irish Government will publish a new roadmap next Tuesday which will lay out the easing of restrictions and the dates at which rules can be relaxed. Schools and Universities are set to return at the beginning of September, with other services due to reopen later in the month – though it’s unclear currently what these will be.

As reported by The Independent, capacity was increased from 50 per cent to 75 per cent on 19 July as part of an easing of restrictions, but the sector will no doubt be hoping for that that extra step that will see buses and trains full in Dublin and Cork, and some much-needed ticket revenue into operators across the island.

The proposed changes would apply to all operators in the Republic of Ireland, including Dublin Bus, Luas, Bus Éireann and Irish Rail.

As of the morning of Thursday 26 August, 244 patients were in hospital due to Covid-19 with 52 of those in ICUs. A total of 12,348 new cases of the virus have been reported in the last seven days.