High-speed railway to be integrated into Moscow’s transport network

The popular Sapsan high-speed route between Moscow and St Petersburg will be integrated into the city’s transport network to make connections more convenient. 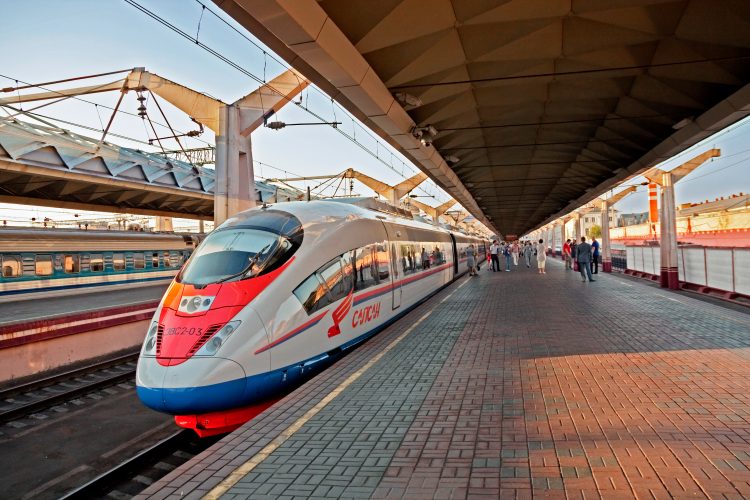 The first Russian High Speed Railway (HSR) connecting Moscow and Saint Petersburg will be integrated with the future Moscow Central Diameter line D3, according to authorities in the Russian capital. Four high-speed train hubs will be created in the city to make travel more convenient for passengers.

Historically, all the stations except Vostochny railway station are in the city centre, but not everyone needs to go there. It is not easy to leave the centre as the transport arteries inside the city are overloaded. Four high-speed train hubs will be created in order to save travel time in Moscow: Zelenograd, Petrovsko-Razumovskaya, Rizhskaya and Leningradskiy railway station.

Passengers arriving from Saint Petersburg will be able to interchange to any transport mode of their choice: metro, the Moscow Central Diameters and surface transport. Depending on their destination, they will choose the right hub from which they will be able to get directly to an airport, a bus terminal or, for example, a park.

“We continue developing the idea of the maximum free passenger movement on public transport. New routes, services, transport hubs that combine different types of transport are all important components of large cities so that residents or tourists can build flexible routes depending on their needs. The same with the High Speed Rail. In Moscow agglomeration we will make hubs for the HSR trains. Passengers will have freedom in choosing more convenient interchanges to Moscow urban transport,” said Maksim Liksutov, the Deputy Mayor of Moscow for Transport.

Over the last 10 years, passenger numbers on the Moscow – Saint-Petersburg route have grown by 64 per cent, whether that’s flights, or the more popular Sapsan high-speed rail service. It’s hoped that the new hubs will encourage even more travellers to take the train the next time they make one of Russia’s most popular journeys.