The Madison Street Bus Rapid Transit Project will improve connections between key destinations in downtown Seattle and the densely populated neighbourhoods in the surrounding area. 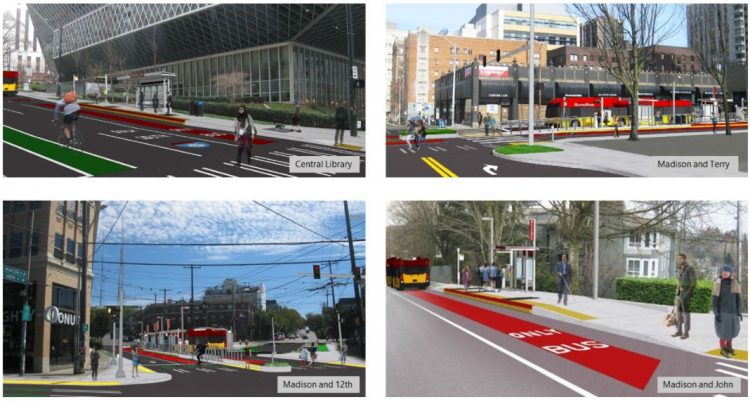 The 2.3-mile BRT line will provide fast, frequent, reliable and safe public transportation along Madison Street, improving connections between key destinations in downtown Seattle and the densely populated neighbourhoods in the surrounding area.

“Public transit helps us to combat climate change and connect riders – particularly from underserved communities – to jobs, education, services and opportunity,” said U.S. Transportation Secretary, Pete Buttigieg. “This bus rapid transit project is a smart investment in Seattle’s transportation future, and the Biden-Harris Administration is committed to modernising and expanding public transit around the region and the country.”

Branded as the RapidRide G Line, the project will operate along an east-west corridor from downtown Seattle in the west to the Madison Valley neighborhood in the east, with connections to First Hill, Capitol Hill and the Central District. The project serves multiple major employment hubs, hospitals and dense neighborhoods with a diverse mix of housing and services.

“FTA is proud to join our partners in Seattle to improve transit connections and expand the RapidRide Bus Rapid Transit network in King County,” said FTA Administrator, Nuria Fernandez. “Transit riders on the Madison Street BRT line can look forward to more efficient service and other amenities that will improve travel times in this busy corridor.”

SDOT estimates that construction of the project will generate approximately 240 jobs, and revenue service will begin in September 2024. King County Metro will operate the new RapidRide G Line once construction is complete.

FTA’s CIG Program provides funding for major transit infrastructure capital investments nationwide. Projects accepted into the programme must go through a multi-year, multi-step process according to requirements in law to be eligible for consideration to receive programme funds.