Beryl says it will work with the local community to ensure that the cycle scheme benefits all, while Mayor of Greater Manchester says he “cannot wait” to use the new bikes. 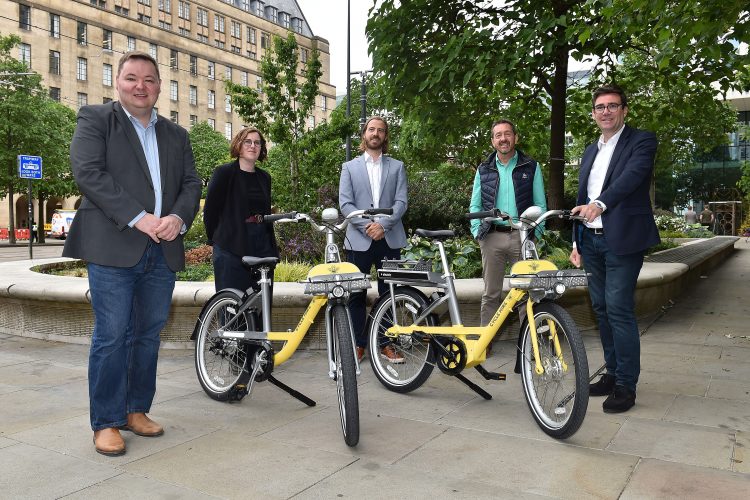 The scheme is part of wider plans from the Mayor of Greater Manchester, Andy Burnham, to develop Greater Manchester’s Bee Network – an affordable, integrated and accessible transport network for the city region and its people.

Phase one of the scheme is set to include 1,500 bikes and e-bikes, available from over 200 new cycle hire docking stations across Manchester, Trafford and Salford. The initial launch will see bikes available within a five-minute walk of 198,000 households.

The British operator brings experience from delivering bike and e-scooter schemes in locations around the country including Norwich, Watford, Hereford, Bournemouth, and the Isle of Wight. It also provides technology for the Transport for London (TfL) Santander Cycles in London and the Transport for West Midlands (TfWM) bikes in the West Midlands.

Beryl says the scheme in Greater Manchester will be planned and implemented alongside the local community, in order to ensure that it benefits everyone. Consultations have already begun with key local stakeholder groups, and this engagement will continue throughout the planning and implementation process.

TfGM and Beryl have also confirmed that the bike and e-bike docking stations will conveniently placed, not only for those that use them, but for all other road and pavement users as well.

“We’re  fully integrating our public transport system – The Bee Network – and building the UK’s largest cycling and walking network, so I am very pleased to announce that Beryl has been named as our delivery partner for cycle hire, with the first bikes going on the ground later this year, said Mayor of Greater Manchester, Andy Burnham.

“Our cycle hire will be one of the largest docked systems outside London and I cannot wait to use the new bikes myself as a way to get from A to B.

“We’re making huge strides towards our plans to build back greener and be carbon neutral by 2038.”

“We are absolutely thrilled to have been selected to deliver Greater Manchester’s new cycle hire scheme, bringing our experience and innovation to one of the great city-regions in Europe,” added Philip Ellis, CEO of Beryl.

“As we begin to recover from the Coronavirus pandemic, enabling people to travel safely, affordably, and conveniently by bike will be key to rejuvenating our high streets and improving our environment – particularly reducing air pollution.

“Andy Burnham, Chris Boardman and Transport for Greater Manchester (TfGM) have fantastic ambition when it comes to active travel, and we’re excited to be playing our role and bringing our experience in delivering world-class cycle hire. There is huge appetite for this scheme, and we can’t wait to see people on our bikes and e-bikes later this year.”