New York’s MTA has undertaken a successful pop-up vaccination trial, in which it offers all New Yorkers and those visiting the city the chance to be immunised. 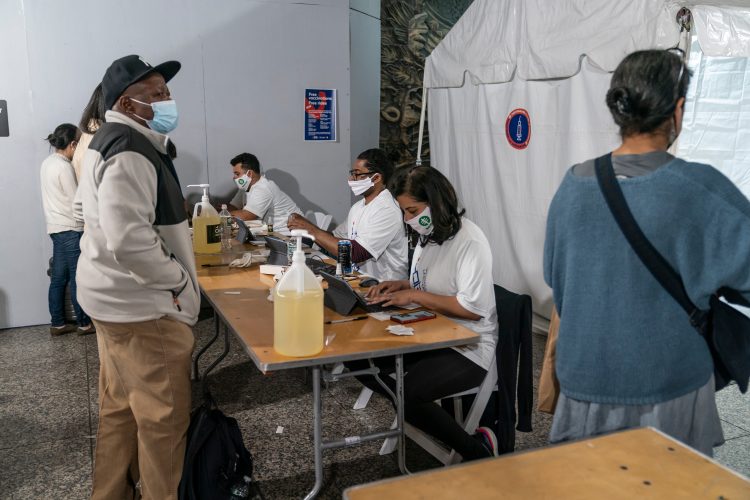 The MTA's programme has included vaccination sites across stations on the network, like this one at 34th street station

The Metropolitan Transportation Authority (MTA) has announced that 20,447 vaccinations have been administered through its pop-up vaccination sites to-date. The program, first announced by Governor Andrew Cuomo, launched on 12 May at eight stations across New York City Transit, Long Island Rail Road and Metro-North Railroad, offering the public the one-shot Johnson & Johnson vaccine. The program provides anyone, including those visiting New York, the opportunity to get vaccinated without needing to set an appointment and with the added incentive of a free seven-day MetroCard or free round-trip Long Island Rail Road or Metro-North ticket.

“Keeping the vaccine easily accessible is vital to New York maintaining a strong vaccination rate,” said Patrick Foye, MTA Chairman and CEO. “With New York City’s reopening, and ridership recovering, these pop-up sites at two of the busiest locations in the system remain an effective tool in getting the New York City region fully vaccinated.”

“We are not done yet and will continue building on the success of pop-up sites, said Patrick Warren, MTA Chief Safety Officer. “Thousands of people who likely would not otherwise have gotten a vaccination are stopping for it in stations due to the convenience, protecting themselves, their families and neighbours.”

The pop-up site and Grand Central Terminal’s Vanderbilt Hall is open from 8 am to 1 pm The Penn Station site located at the 34th Street Corridor is open from 3 pm to 8 pm Both sites have the capacity to administer 300 vaccinations per day.