Sheffield’s politicians have their eye on a shake-up of the city’s bus network, with new bus shelters and electric vehicles in the planned bid to be submitted. 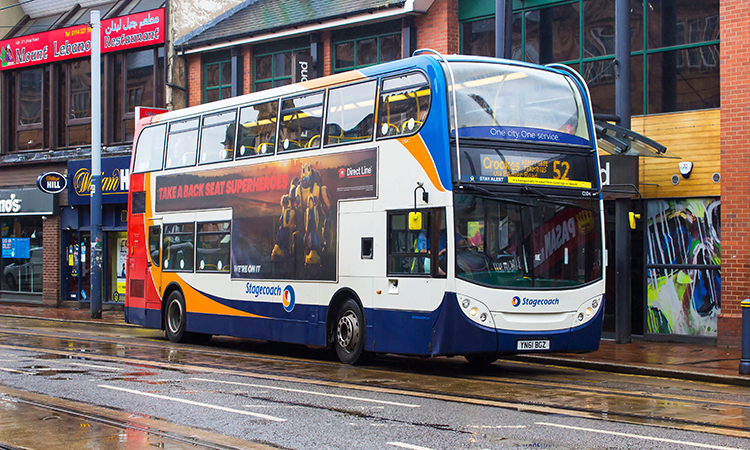 Sheffield City Region has put together an ambitious bid for £50 million worth of funding to transform the city’s bus infrastructure. Sheffield City Region Mayor Dan Jarvis and four council leaders have agreed the bid as part of the UK Government’s Levelling Up Fund, reports The Star.

The bid includes funding to improve Sheffield’s bus and tram shelters, including fitting them with information screens to better inform passengers, as well as plans to replace some buses with electric vehicles to reduce emissions.

In order to secure the substantial government funding, the Mayoral Combined Authority (MCA) has agreed to bring in an ‘Enhanced Partnership’ with bus operators as an interim arrangement while other governance models – including franchising – are further explored.

Under this model, the MCA, Local Authorities and operators would agree shared aims and work closely together to deliver a better transport system. Once agreed, the partnership model has the potential to unlock additional government funding as set out in the National Bus Strategy.

“Our bus services are critical to the future of South Yorkshire, but we need a transformation if they are going to fulfil their potential. If we build a good system, people will use it,” said Mayor Jarvis.

“This is an interim arrangement, so we can secure the funds needed, while we look at the full range of governance models, including franchising.

“My bottom line is that I will back whatever structure can best deliver the fundamental change we so badly need, to build a reliable, affordable, and environmentally friendly bus service for all of South Yorkshire.

“As we know from other areas, franchising is a complicated process that can take many years, and we want to get cracking now on delivering the improvements our system is crying out for. An ‘Enhanced Partnership’ lets us start the process of reform and get results on the ground as soon as possible.

“But let me be clear, I won’t settle for anything other than a transformation of our buses.”

An Enhanced Partnership is a statutory arrangement under the 2017 Bus Services Act between a local transport authority and local bus operators to work together to improve local bus services tailored to local needs.

It can specify timetables and multi-operator ticketing, and allows the local transport authority (LTA) to take over the role of registering bus services from the Traffic Commissioners and allows greater control over ticketing and services. The National Bus Strategy asks LTAs to consider either franchising or enhanced partnerships, but a business case must be developed before franchising is entered into, a process which can take several years.