The new project would see an 18-mile BRT line run from North Hollywood and Pasadena in a bid to better connect communities in northern Los Angeles. 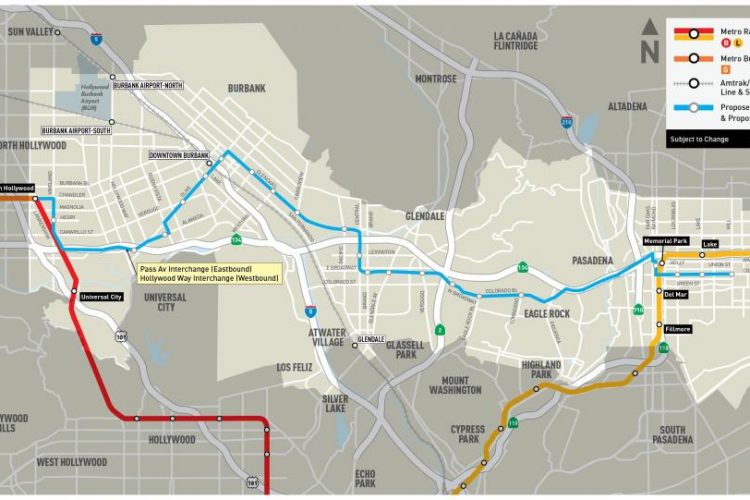 One of those options, which incorporates several elements from a community-developed BRT concept for Colorado Boulevard, would convert a travel lane in each direction into a dedicated bus lane, while the other would convert portions of the landscaped median and street parking to a bus lane while preserving existing travel lanes.

LA Metro says this Board action is a key milestone that moves the project closer to construction. Staff will further refine the design and configuration of the route in coordination with the cities along the corridor and additional public input. The authority anticipates returning to the Board with the project’s Final Environmental Impact Report later this year.

Metro says it has undertaken a considerable outreach programme, hosting in-person meetings and public hearings, along with stakeholder and community virtual meetings and dozens of meetings with elected officials along the corridor over the last year. Metro says it received nearly 500 comments during the public comment period after the release of the Draft Environmental Impact Report in October alone and continued to hold various stakeholder and community meetings through April of this year.

The project is funded by the Measure M sales tax measure approved by LA County voters in 2016, along with SB 1 gas tax and vehicle fees. It aims to meet priorities set out in Metro’s Vision 2028 strategic plan to offer high-quality mobility options and outstanding trip experiences, while enhancing communities and lives. The project is scheduled to be completed in 2024.