Moscow invests in its tram network

Moscow is investing in its tram network, replacing rolling stock and expanding its Troika ticketing system in order to improve passenger comfort, ease of use and the reliability of its network. 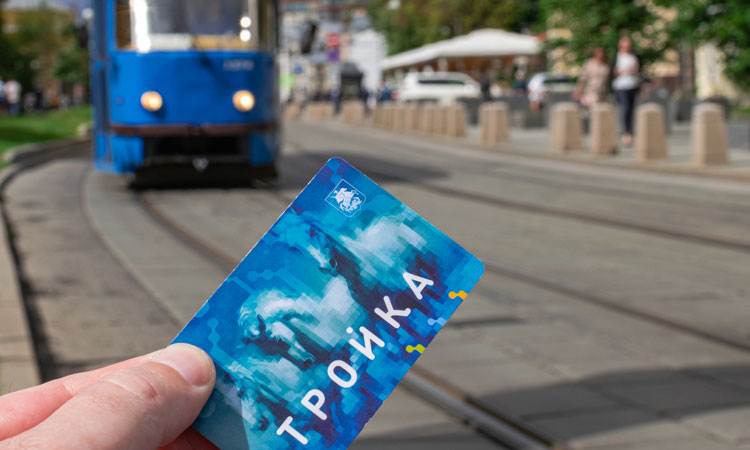 Moscow is continuing to expand its Troika smart card to other regions within the country. The Yaroslavl region will be the latest to test the ticketing system, with a focus group of 1,500 using the cards across four regional public transport routes.

“Closed tests have already been completed [and] software configured,” commented Deputy Mayor for Transport, Maxim Liksutov, explaining that very soon passengers will be able to pay for travel with the Troika smart card, and even other Troika cards from other regions of Russia.

The first single-section trams have entered service in the north-west of Moscow. Designed to accommodate 110 passengers, the trams boast 18 per cent more seats than those of the previous generation, as well as USB ports and media screens.

The new trams will gradually replace the high-floor Tatra-T3 trams.

It is planned that, by 2023, the city will have 130 single-section low-floor trams, with the network equipped exclusively with new-generation vehicles.

This purchase of new rolling stock is part of plans to improve Moscow’s tram network, enhancing passenger comfort and reliability. It was previously announced that Moscow Metro would manage the city’s tram infrastructure. It is meant to increase tram speed, improve track maintenance, halve number of repairs and cut maintenance costs.

“We will develop the tram network in Moscow, so that the tram becomes as reliable as Moscow Metro,” stated Liksutov. “We are completely changing the repair technology to no longer stop traffic, so the works on the tram infrastructure will be unnoticed by passengers and residents.”