Deputy mayor Maksim Litsukov says Moscow Metro’s high standards should be rolled out to the city’s tram network in a bid to create a more integrated transport offering in the capital. 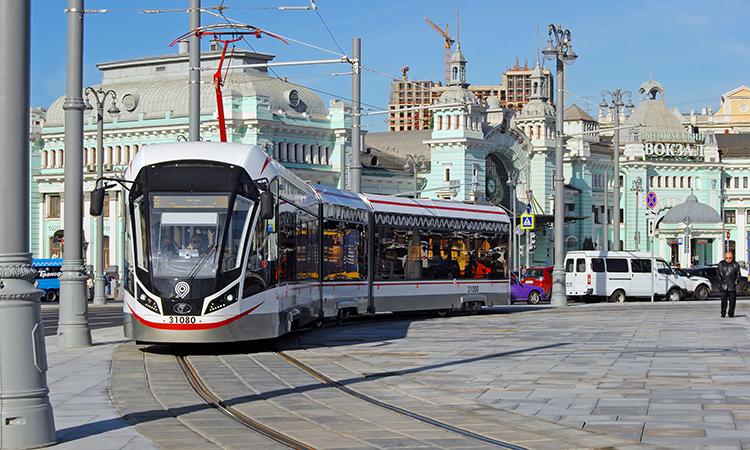 Moscow's tram network will be taken over by Moscow Metro.

Moscow’s Deputy Mayor for Transport Maxim Liksutov has announced that the track infrastructure of Moscow’s tram network will be managed by Moscow Metro going forward. Mr. Liksutov explained that Moscow Metro has one of the world’s strictest quality standards, and that should be extended to other types of transport.

“Moscow Metro is a leader among non-automated metros as far as progress is concerned. That’s because our infrastructure maintenance standards are some of the strictest, safest and best in the world. So, we should apply these practices in other modes of transport, particularly in urban rail transit that from now on will face stricter requirements” said Maxim Liksutov.

“We have already renewed most of the tram fleet and in the next year one or two years all the old cars will be ultimately replaced with the new ones” added Mr. Liksutov.

This is just the latest step in Moscow’s attempt to create a more integrated transport system. It follows the city’s progress in developing a MaaS platform which includes various car-sharing and micro mobility services within the Russian capital as well as Moscow Metro services. A smart ticketing system and intermodal assistance for passengers that have accessibility needs have also been announced by Deputy Mayor Liksutov in recent months.

The Moscow tram network is one of the biggest in the world, following only Melbourne, St Petersburg, and Berlin in size. Since 1958, the network has been operated by the state-owned Mosgortrans, which also runs buses in the city.

Accelerating the deployment of account-based ticketing on mobile