Keolis is partnering with several other transport operators and authorities to trial new technology which utilises QR codes to make public transport more accessible to those affected by sight loss. 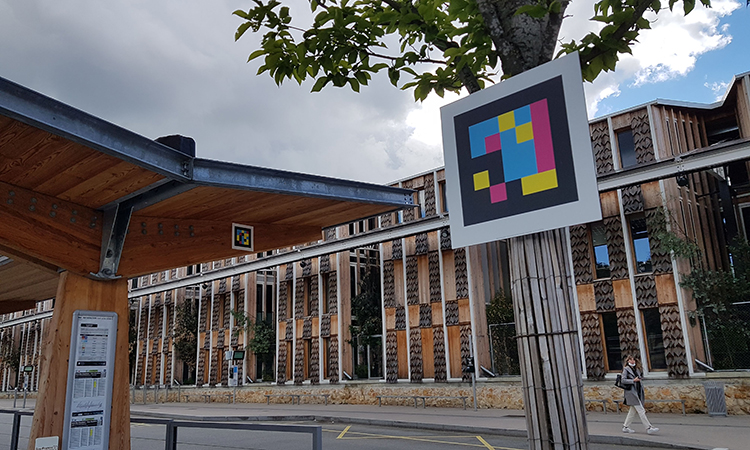 The QR codes link to important information such as the arrival time of the next bus which can be relayed via a voice assistant on the app Credit : Keolis

Keolis, in co-construction with Île-de-France Mobilités, the conurbation authority of Versailles Grand Parc, SNCF and the Valentin Haüy Association – which acts on behalf of people affected by sight loss – is currently conducting an experiment at Versailles Chantiers station, designed to help blind and partially sighted people become more independent when they travel thanks to the NaviLens app.

Already in use or undergoing trials on public transport networks in cities around the world, notably in Spain (Barcelona and Murcia) and the US (New York, Los Angeles and San Diego), NaviLens technology is based on image recognition using “augmented” QR codes, placed along designated customer itineraries, and a smartphone app that provides voice guidance for visually impaired passengers.

The app allows users to capture QR codes at considerable distances and wide angles. Once the QR codes have been scanned, users can benefit from the help of the app’s voice assistant to continue their journey, the voice assistant having told them how far away they are from the codes and the practical information those codes contain (description of a physical element, guidance indications, real-time arrivals of the next bus or train, etc.).

The technology could also be of use to tourists hampered by language barriers, or passengers unfamiliar with the area: the NaviLensGO app can transmit the information encapsulated in the QR codes in augmented reality, in 33 different languages.

In order to validate the NaviLens technology for future deployment by Île-de-France Mobilités and Keolis are carrying out tests on specific itineraries connecting the SNCF station and the Versailles Chantiers bus station, with a panel of visually impaired passengers.

The operators say interviews will be conducted with the passengers to assess the quality of the itineraries and collect their feedback on ease of use and the increased autonomy they experienced. This assessment will be shared with Île-de-France Mobilités and the Valentin Haüy association.