The UK government has announced the formation of a new public body, Great British Railways, which will bring the UK’s railways under single, accountable national leadership. 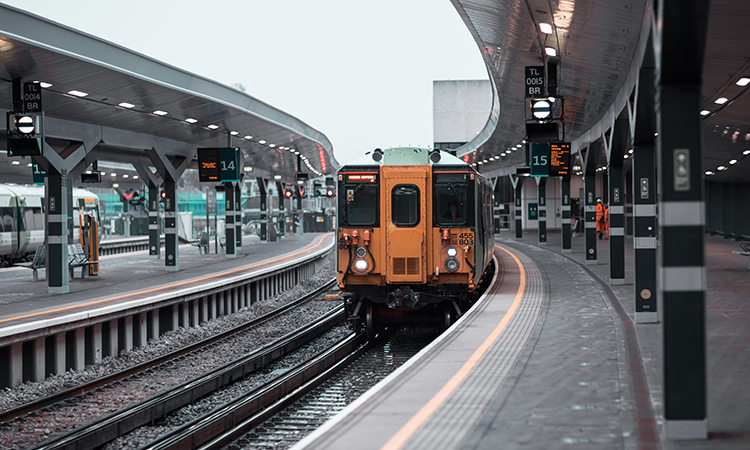 A quarter-century of fragmentation on the UK’s railways will come to an end as they come under single, accountable national leadership, following the UK government unveiling a new plan for rail which prioritises passengers and freight.

A new public body, Great British Railways (GBR), will integrate the railways, owning the infrastructure; collecting fare revenue; running and planning the network; and setting most fares and timetables.

Great British Railways will simplify the current mass of confusing tickets with new flexible season tickets and a significant roll-out of more convenient Pay As You Go, contactless and digital ticketing on smartphones. A new Great British Railways website will sell tickets, and a single compensation system for operators in England will provide a simple system for passengers to access information and apply for refunds.

There will remain a substantial, and often greater role, for the private sector. Great British Railways will contract private partners to operate most trains to the timetables and fares that it specifies, with a model similar to that used by Transport for London (TfL) in its successful Overground and Docklands Light Railway (DLR) services.

The new Passenger Service Contracts will include strong incentives for operators to run high-quality services and increase passenger numbers. They will not be one-size-fits-all: as demand recovers, operators on some routes, particularly long-distance, will have more commercial freedom. Affordable walk-on fares and season ticket prices will be protected.

The future of UK rail

The Williams-Shapps Plan for Rail, published on 20 May 2021, sets out the path towards a truly passenger-focused railway, underpinned by new contracts that prioritise: punctual and reliable services; the rapid delivery of a ticketing revolution, with new flexible and convenient tickets; and long-term proposals to build a modern, greener and accessible network.

The UK Prime Minister, Boris Johnson, said: “I am a great believer in rail, but, for too long, passengers have not had the level of service that they deserve. By creating Great British Railways, and investing in the future of the network, this government will deliver a rail system that the country can be proud of.”

Grant Shapps, the UK’s Transport Secretary, said:  “Our railways were born and built to serve this country, to forge stronger connections between our communities and provide people with an affordable, reliable and rapid service. Years of fragmentation, confusion and over-complication has seen that vision fade, and passengers failed. That complicated and broken system ends today.”

“The pandemic has seen the government take unprecedented steps to protect services and jobs. It’s now time to kickstart reforms that give the railways solid and stable foundations for the future, unleashing the competitive, innovative and expert abilities of the private sector, and ensuring that passengers come first,” he added.

Grant concluded: “Great British Railways marks a new era in the history of our railways. It will become a single familiar brand with a bold new vision for passengers – of punctual services, simpler tickets and a modern and green railway that meets the needs of the nation.”

Keith Williams, Chair of the Williams Review, said: “Our plan is built around the passenger, with new contracts which prioritise excellent performance and better services, better value fares and creating clear leadership and real accountability when things go wrong.”

“Our railway history – rich with Victorian pioneers and engineers, steam and coal, industry and ingenuity – demands a bright future. This plan is the path forward, reforming our railways to ensure that they work for everyone in this country,” he added.

COVID-19 has caused deep, structural challenges to the railway, with use still far below pre-pandemic levels. This strategy re-emphasises the government’s commitment to growing, not shrinking, the rail network, with tens of billions of pounds invested in more electrification, new and reopened lines and a rail revolution.

Great British Railways will drive significant efficiencies in the railways’ inflated costs, reducing complexity and duplication, increasing flexibility, changing working practices and making it easier and cheaper to invest. Reform is the only way to protect services and jobs in the long term.

In the short and medium term, the UK government will work closely with the sector on measures to encourage passengers back to rail. To reflect changes in the traditional commute and working life, the government has also announced that a new national ‘flexi season ticket’ will be on sale from summer 2021, with potential savings of hundreds of pounds a year for two and three day-a-week commuters. Tickets will be on sale from 21 June 2021, ready for use from 28 June 2021.

The new Passenger Service Contracts will also help to build a more financially stable industry. By removing barriers to new market entrants, including by no longer basing competitions on complex and uncertain revenue forecasts, private operators will be challenged to provide a competitive and customer-focused offer, delivering greater value-for-money for the taxpayer.

Local communities will work closely with GBR on designing services, with local leaders given greater control over local ticketing, timetables and stations. The new model will encourage innovative bidders, such as community rail partnerships who want to bid for the GBR contract to operate their local branch lines.

The journey to this new passenger-focused model has begun. New National Rail Contracts will be announced in 2021. These contracts will be in operation for two years and act as a bridge to reform. 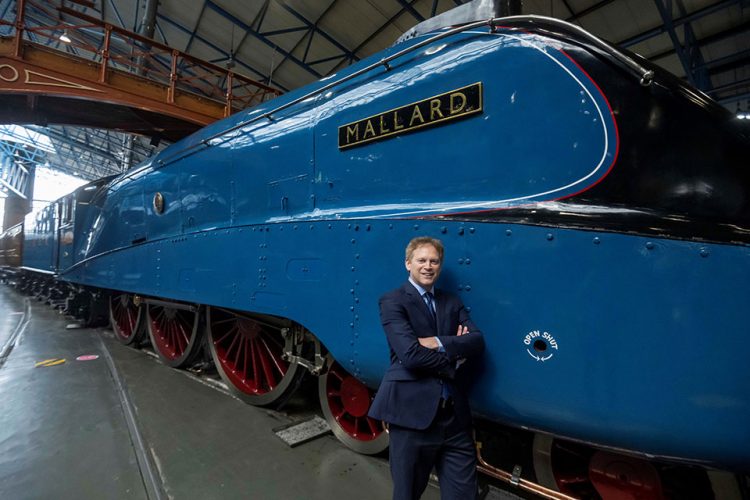 Grant Shapps called the announcement “a new era in the history of our railways”    Credit: Department for Transport

Response from the Rail Delivery Group

Andy Bagnall, Director General of the Rail Delivery Group (RDG), said: “Train companies have long called for many of the reforms in this white paper, and these proposals can deliver the biggest changes in a generation. Getting the detail right will be crucial to ensuring that the white paper fulfils its potential to improve journeys; offer independent oversight and clear accountability; and create a new set of fares which are simpler and more value for money. For our passengers, we are ambitious to move quickly and work with government so that we can attract people back onto trains with better services and maximise the railway’s contribution to the recovery.”

He added: “We welcome the commitment that new passenger service contracts will allow room for local train companies to use private sector expertise to respond to what their customers want on the ground and attract more passengers, boosting Britain’s economy.”

“Flexible tickets for commuters and more pay-as-you-go are good news for passengers. To really maximise the benefits and make it easier for people to get good value fares requires government to go further and get under the bonnet to fix the engine of the fares system,” Andy explained.

He concluded: “Train operators called for a guiding mind, and Great British Railways will help to bring the whole industry together. To deliver for passengers and freight customers, it must have the independence to hold the operators of both tracks and trains to account equally. Crucially, it needs to allow operators to put their customers at the absolute forefront of decision making.”

Response from the Railway Industry Association

Darren Caplan, Chief Executive of the Railway Industry Association (RIA), said: “It is good to see the Williams Review published today, giving some certainty to the government’s plans for the railways as we emerge from the coronavirus pandemic.”

“As far as the Railway Industry Association and our members are concerned, we are heartened that the new Williams-Shapps Plan for Rail is a 30-year strategy, which supports modernisation and investment along the lines of the RIA Rail 2050 manifesto that we published in November 2019. As we argued then, it is right to take a long-term approach, in order to smooth boom and bust and provide more certainty for rail schemes; decarbonise and digitalise the network; deliver major projects; protect and create jobs; and foster innovation and collaboration between railway partners. We also welcome the ambition to attract passengers and freight back to the network and grow both markets,” he continued.

“We will, of course, be examining the contents of the white paper in further detail over the coming days and look forward to working with government, the new Great British Railways organisation, Network Rail and other industry stakeholders to deliver a railway fit for the future. Our major ask at this stage, however, is that the restructure of UK rail does not cause any hiatus in work being done to renew and enhance railway infrastructure or rolling stock, to ensure that everyone in the industry can help rail to build back better as we emerge from the pandemic.”