Celebrating 30 years of the DLR

Posted: 24 August 2017 | Danny Price, Head of Docklands Light Railway at Transport for London | No comments yet

For the DLR’s 30th anniversary, Danny Price, Head of Docklands Light Railway at Transport for London speaks to Intelligent Transport about the light-railway’s illustrious history and what’s in store for its future. 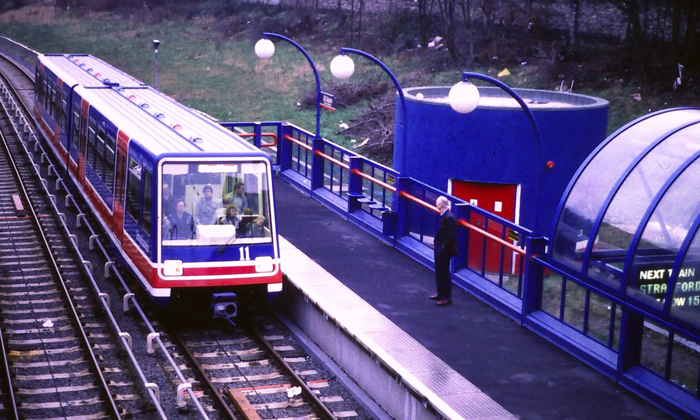 Before the summer of 1987, the Docklands area was in need of investment. With poor transport links and few job opportunities, east London was crying out to be revived. London’s answer to kick-start the regeneration was to introduce the Docklands Light Railway (DLR) to the capital’s ever-expanding transport network.

Over the past 30 years, this railway has been an essential transport link for communities in east London, with the automated railway being a main attraction for both businesses and residents alike moving to the Docklands area.

The state-of-the-art railway began passenger services on 31 August 1987, with just 11 single-car trains serving 15 stations, and in the early years was carrying nine million passengers annually. Due to dramatic growth in east London the DLR has expanded significantly. It now operates a fleet of 149 vehicles operating in two- and three-car trains, covering 45 stations, over 40km of track and carrying 122 million passengers a year – around double the population of the UK.

The DLR was not only the first driverless railway in the UK, but also the first step-free network with level boarding from platform to train and lifts at stations, making travel around east and south London more accessible for all. 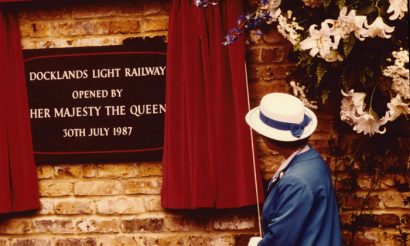 The railway has continued to expand to new destinations, being extended six times over the last 30 years to help meet east London’s growing population. The DLR serves Bank in central London and Beckton, Lewisham, London City Airport, Woolwich Arsenal and Stratford International in the east and south-east of the city.

Key extensions to the DLR were completed to Lewisham in 1999 and to King George V station and London City Airport in 2005. The last Stratford International extension from Canning Town, with four new stations, was completed in August 2011 and is a legacy of the investment in transport made to increase capacity ahead of the London 2012 Olympic games.

Ahead of London 2012, work was completed to enable three-car trains to travel on the network allowing space for 50 percent more people to travel. During the London 2012 Olympic and Paralympic games, record numbers of journeys (up to half a million on the busiest days) took place, as the DLR connected a number of key sporting venues.

One of the biggest successes of the DLR over the last 30 years has been its high levels of reliability, with over 99% of its trains departing on time.

The DLR has also had consistently good feedback and engagement with its customers, with high satisfaction ratings averaging at 89 out of 100. 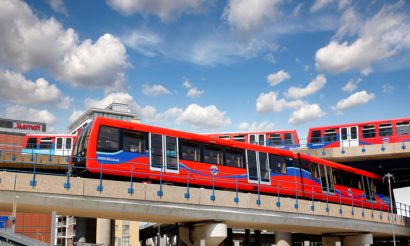 Customers on the DLR have much to look forward to; with the Elizabeth line services commencing between central London, Shenfield and Abbey Wood in December 2018. This will provide key interchanges at Canary Wharf, West India Quay, Stratford and Custom House stations, meaning even more connections for the people living, working or travelling through east London.

In 2022, a fleet of 43 brand new trains will enter service, replacing the DLR’s oldest stock of trains the ‘B92s’ and boosting capacity by a further 30 percent. The new trains will be walk-through and feature real time information boards, mobile device charging points and air conditioning.

The new trains are included in the Mayor of London’s draft Transport Strategy, which plans to create a fairer, greener, healthier and more prosperous city by improving public transport and encouraging active travel. There are also plans to increase frequency towards 30 trains per hour across more of the network and enhance station capacity at key interchanges – working towards the Mayor’s aim of increasing capacity on DLR lines by 120 percent by 2040.

Despite the rapid development of the Docklands area in the past 30 years, we believe the transformation of the area has only just begun; with huge growth expected in the near future. The DLR has a crucial role to play in making that a success and we are committed to continuing to deliver a reliable, innovative and high-frequency local railway for east London, supporting the increasing number of residents and workers in the area.

By Danny Price, Head of Docklands Light Railway at Transport for London