Posted: 17 May 2021 | Joshua Minchin - Intelligent Transport | No comments yet

Sensor technology has been deployed in Hamburg to test whether traffic lights can be optimised to reduce wait times for all road users, while also protecting the most vulnerable on the city’s streets. 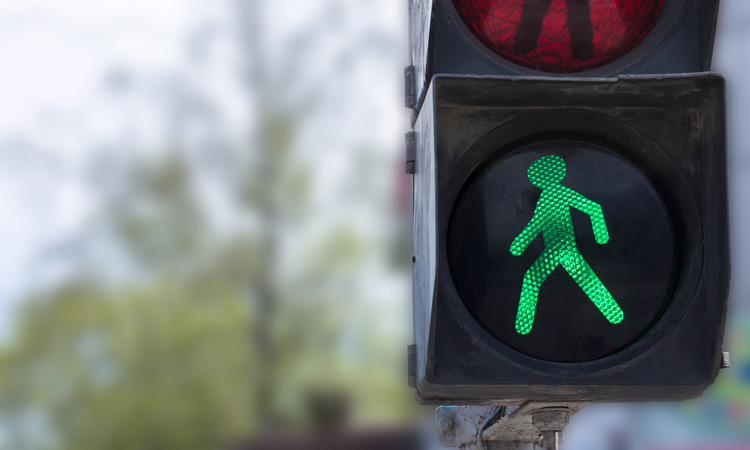 Sensor technology has been deployed in Hamburg in a bid to improve traffic management in Germany’s second city and protect vulnerable road users (CRUs).

Technology firm Vitronic has installed new sensors at the Test Track for Automated and Connected Driving (TAVF) in Hamburg. It says this test installation aims to optimise traffic flow and increasing road safety for particularly vulnerable road users (VRU). These include, in particular, pedestrians and cyclists, who are exposed to an increased risk of injury in the event of accidents due to the lack of protective environments and lower visibility.

On the TAVF, vehicle manufacturers, technology companies, and research institutions can test ITS applications, safety and assistance systems, as well as automated and connected driving functions in a real traffic environment on public roads. For this purpose, the test track provides installations for the use of infrastructure-to-vehicle and vehicle-to-infrastructure communication (V2X).

The focus of the tests underway currently by Vitronic is at a particularly dangerous section of road – an intersection representing a highly congested traffic junction (K94) in the Hamburg city area. It is located only about two kilometres northwest of the central train station and near the CCH congress centre.

Both cameras record the incoming traffic from the direction of Schröderstiftstraße. The real-time data collected  is available for further processing by the traffic lights at the K94 junction. The aim is to optimise the traffic light control so that waiting and travel times are reduced for all road users. For example, green phases could be extended at peak times so that an increased number of cyclists and pedestrians can cross the road safely.

To increase the traffic safety of vulnerable road users in the area of the K94 junction, Vitronic says it has also installed two additional sensors, including a 3D radar. In the future, so-called CPMs (Collective Perception Messages) could be sent to vehicles passing the intersection. Among other things, its content is intended to direct the attention of drivers or (semi-)automated vehicles to situations detected by the sensor system that are potentially dangerous for VRUs.