Posted: 5 May 2021 | Intelligent Transport | No comments yet

Finland is embracing tap-to-pay on transport in two of its biggest cities as contactless payments in Nordic countries continue to thrive. 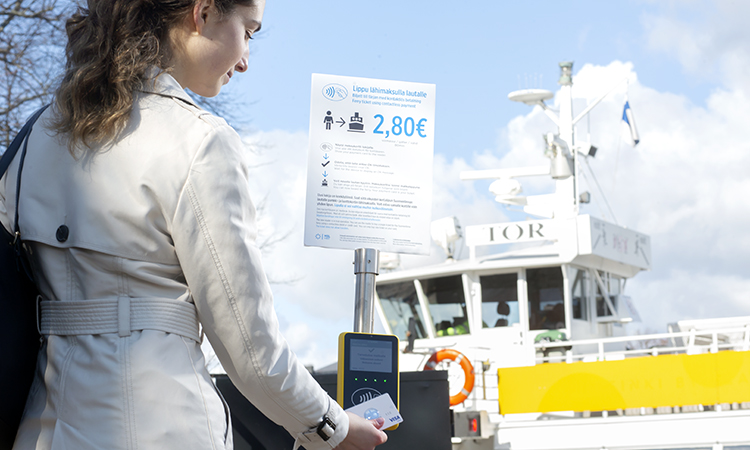 Tap-to-pay technology has been unveiled on ferries in Helsinki Credit: HSL

Two of Finland’s biggest transport operators have announced the launch of open-loop contactless payments this week. Tap-to-pay is now live on selected ferries and trams in the capital of Helsinki and on buses operated by Nysse in Tampere – Finland’s second-biggest urban area.

Last year, transit-focused payment service provider, Littlepay, won a contract with Helsinki Regional Transport (HSL) and TVV lippu- ja maksujärjestelmä Oy (LMJ) to enable contactless EMV payments on public transport in Helsinki and in other Finnish cities. This is the first phase of the project, which will continue with multi-modal roll-outs across the cities’ transit systems.

HSL’s key objective in modernising its ticketing and payment system is to improve the experience of commuting and leisure travel. Quick, easy and safe contactless transit payments are expected to be popular with city dwellers and tourists who already use tap-to-pay solutions in retail and hospitality.

“We believe our riders will appreciate the convenience of the new systems we are putting in place. On public transport, it’s so simple to tap a contactless card or device on a reader, rather than queuing to buy a travel card or ticket, or downloading a transit app,” said Mari Flink, Customer Experience and Sales, Director of Department, at HSL.

Contactless payments are already quite widely used in Nordic countries.  Data from paytech firm Nets shows that the ratio of contactless card payments rose significantly in the region during the pandemic – from around 56 per cent at the start of 2020 to 74 per cent in November. In Finland, there was growth from 64 per cent to 70 per cent over that period.

“The Nordic region has long been at the forefront when it comes to contactless payment. Although the trend was clear when we entered 2020, the change in consumer behaviour over the last year has been unusually rapid,” said Petri Carpén, Director at Nets.