Posted: 4 May 2021 | Intelligent Transport | No comments yet

Driverless robotaxis have been launched in Beijing in what is an industry first for the autonomous vehicle sector, as Baidu hopes to have a fully operational driverless taxi service in place for the 2022 Winter Olympic Games. 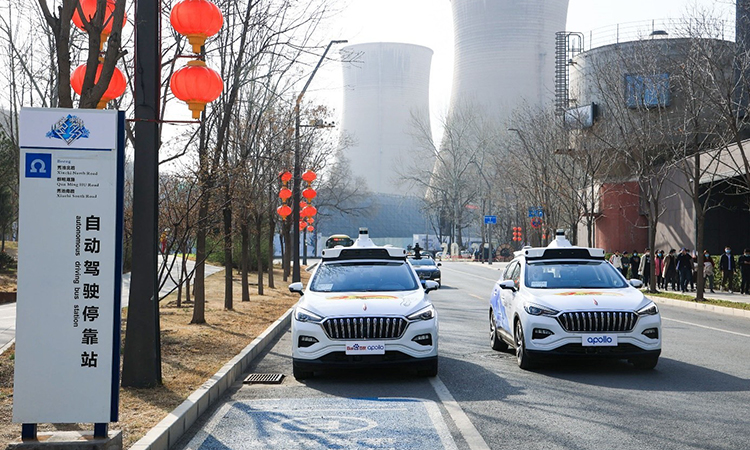 Baidu has launched its autonomous taxi service in Beijing, which it says will be China’s first paid autonomous vehicle service where users can hail a robotaxi without a safety driver behind the steering wheel. The fully driverless Apollo Go Robotaxi service has first been launched in Beijing’s Shougang Park – one of the venues for the 2022 Beijing Winter Olympics – and will soon be transporting visitors at the games.

By using the Apollo Go App, users can locate a robotaxi in the vicinity and hail a driverless ride through an automated system. Baidu says virtual reality navigation as well as remote-controlled car horns will help users to identify the location of the car. To unlock the autonomous vehicles, users are required to scan a QR code and health code on the car for identity verification and pandemic prevention purposes.

Upon boarding the vehicle and clicking on the “Start the Journey” button, the system will ensure that seat belts are fastened and the doors are shut, with the trip only beginning after all the passenger safety protocol checks are completed. With no safety driver at the helm, a 5G Remote Driving Service is present at all times to allow human operators to remotely access the vehicles in the case of exceptional emergencies.

At Beijing Shougang Park, the robotaxis will be able to transport users to sports halls, work areas, coffee shops and hotels. During the upcoming Winter Olympics, Baidu says the Apollo robotaxis will be available to provide shuttle services for athletes and staff.

“Introducing unmanned services is an indispensable stage for the commercialisation of autonomous driving. We have opened the fully driverless robotaxi service in Beijing for the public, which we achieved only after conducting countless scalable driverless tests in many cities over a long period of time,” said Yunpeng Wang, vice president and general manager of autonomous driving technology at Baidu.

“In the future, Baidu Apollo will launch driverless robotaxis in more cities, enabling the public to access greener, low-carbon, and convenient travel services, while continuing to improve the unmanned service process and user experience,” he said. “The commercialisation of autonomous driving can alleviate congestion effectively and help to reach the peak carbon dioxide emissions and achieve carbon neutrality in China.”