CoMo urges parties to improve transport ahead of Scottish elections

Ahead of the Scottish Elections in May, transport charity CoMo has made several suggestions to the political parties involved on how to improve mobility in Scotland. 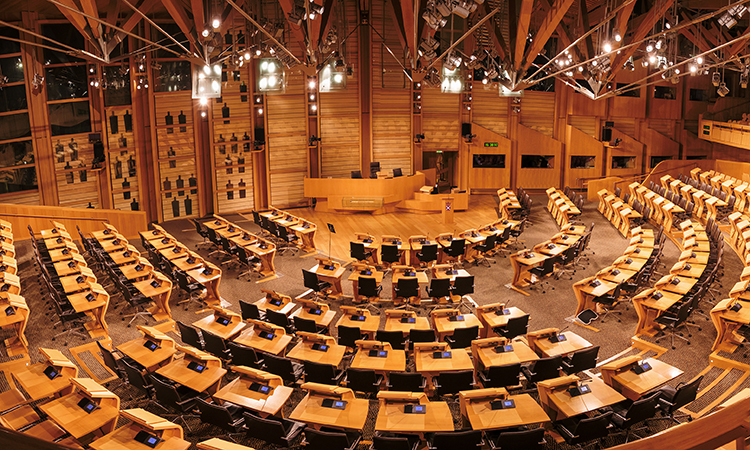 Scotland will elect a new Government next month

The next Scottish Government should introduce on-demand bus services to encourage passengers out of their cars after the pandemic and create a mobility hub at every major NHS site as part of a package of wider shared transport measures, a transport charity has said.

In a briefing to all parties ahead of May’s Holyrood election, Collaborative Mobility UK (CoMo) set out a number of shared transport steps including further investment and widespread promotion of car clubs and bike share schemes to help the country meet its climate change targets.

The organisation said by implementing a range of environmentally-friendly ideas, whoever makes up Scotland’s next government would also see significant boosts the public health and the economy.

In the ‘Greener, Fairer and Healthier Scotland’ document, CoMo urged ministers to think innovatively and introduce flexible, on-demand bus services to create an attractive, modern and efficient bus network to help attract back passengers after the pandemic.

It stated that this kind of initiative would help reduce private car dependency particularly in rural areas and areas that are currently poorly served by public transport.

Scotland’s NHS also has a significant role to play in making transport greener and would reap the benefits from a healthier population, the document argues.

It wants every major hospital and healthcare site to include a mobility hub – a place where public transport, shared transport and electric vehicle and bicycle facilities can be brought together.

The document also stated that ‘prescription cycling programmes’ could be considered for areas of deprivation in a bid to improve health and increase transport options for those on lower incomes.

Other proposals like investment in electric vehicle charge-points and mobility credits specifically targeted at low-income families also featured in the blueprint.

“Scotland faces unprecedented challenges such as meeting our environmental targets, improving health and wellbeing and responding to the devastation caused by Covid,” said Lorna Finlayson, Scotland director of CoMo UK.

“Shared transport has a major role to play, and we want to see all political parties take that seriously when they go to the people of Scotland asking for their vote.

“But this is about far more than simply making transport more efficient, cheaper and greener.

“Comprehensive improvements will also make society healthier in body and mind, and could deliver real economic benefits for everyone.”