Neuron, which operates scooters in Newcastle, has made changes to ensure the vehicles are used properly in the UK city. 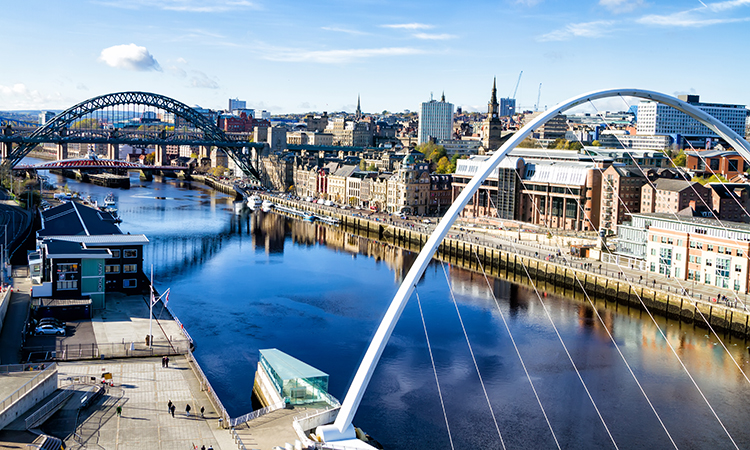 Further restrictions on e-scooters have been introduced in Newcastle to prevent them being used after nights out as the city’s pubs and bars reopen for the first time this year.

A curfew on overnight use was already in place for the scooters, but according to the BBC that has now been extended so that riders will be prevented from parking in certain areas in the city centre between the hours of 18:00 and 23:00 BST. It’s hoped this will prevent any post-party hiring when riders might not possess the full competency needed to control the vehicle. To this end, the speed of the scooters in this zone has also been limited to 9mph rather than the usual 15mph, until Monday.

Scooters will be prohibited from parking in areas including the Central Station, Monument, Haymarket, Cathedral Square, Dean Street, and up to St James’ Boulevard.

“With the much-awaited return of pubs and other entertainment venues in the city centre, Neuron and Newcastle City Council are keen to ensure that the e-scooters aren’t seen as an option for overly-exuberant revellers,” operator Neuron told the BBC.

“Now is the time to be enjoying new-found freedom rather than risking points on your licence or spending time in Accident and Emergency,” added the operator’s city manager Chris Miles.

E-scooters are subject to the same drink-driving laws as any other vehicle, meaning that using a hire scooter while intoxicated can lead to a length driving ban. In fact, just last month, several men were banned from driving for varying periods of time after being caught in Newcastle riding e-scooters while under the influence of alcohol.

While the restrictions and recent cases of misuse may be held up by critics of e-scooters and other micromobilty modes as examples of why they are not safe for big cities, operators would perhaps argue that the speed at which they are able to adapt the technology and introduce restrictions such as no-parking zones and curfews demonstrates how easy it is to tailor micromobility to a city’s need.

But as the UK, and in turn other European cities, loosens COVID-19 restrictions, and more people are using the streets and different hours of the evening, this debate will no doubt flare up again.