Dubai has reported high levels of ridership on its transport network in 2020, which the RTA says is down to preventative measures designed to combat COVID-19. 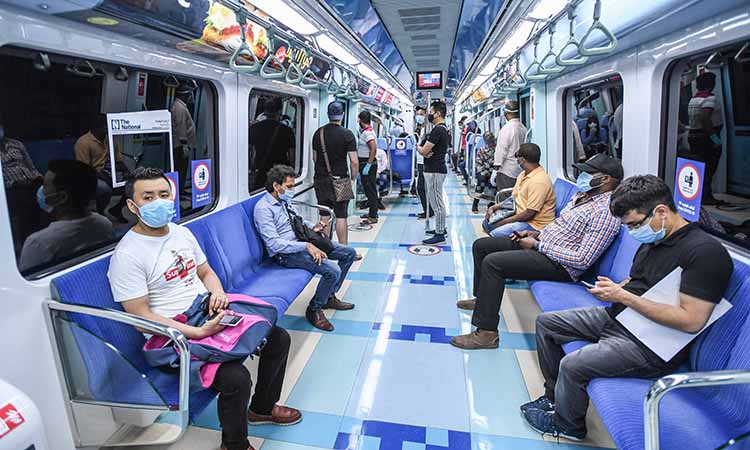 According to Dubai’s Roads and Transport Authority (RTA), around 346 million riders have used public transport in the city in 2020. These figures comprise of trips made on the metro, tram, buses and marine transport (abra, ferry, water taxi and water bus), e-hail rides, smart rental vehicles and taxis (Dubai Taxi and franchise companies), and translates to about 947 thousand riders per day.

This level ridership has been reported during a period when the implementation of precautionary measures, such as sanitisation and physical distancing to maintain the safety of riders and staff, had the potential to cause significant disruption to Dubai’s network.

“These results endorse the efficiency and capability of the preventive measures introduced by Dubai’s Roads and Transport Authority (RTA) in all public transport means and facilities since the outbreak of the pandemic up to now,” said His Excellency Mattar Mohammed Al Tayer, Director-General, Chairman of the Board of Executive Directors of the RTA.

“RTA implemented top international practices in tackling COVID-19 to nurture a safe and healthy environment for riders and staff of mass transit means. Measures taken were based on three pillars, the first is to ensure the safety of all employees through fostering a sound and safe working environment. The second is to ensure RTA’s facilities and public transit means are free from COVID-19 hazards to ensure the continuity of services in the Emirate. The third is to continue supporting Dubai Government efforts in fighting the pandemic.

“For instance, RTA was keen to sanitise each train at the end of each journey, and carry out intensive sanitisation of the entire fleet and stations at the end of operations each day,” added Al Tayer.