The operator is trialling the new Yutong electric bus on one of its most popular routes in Yorkshire. 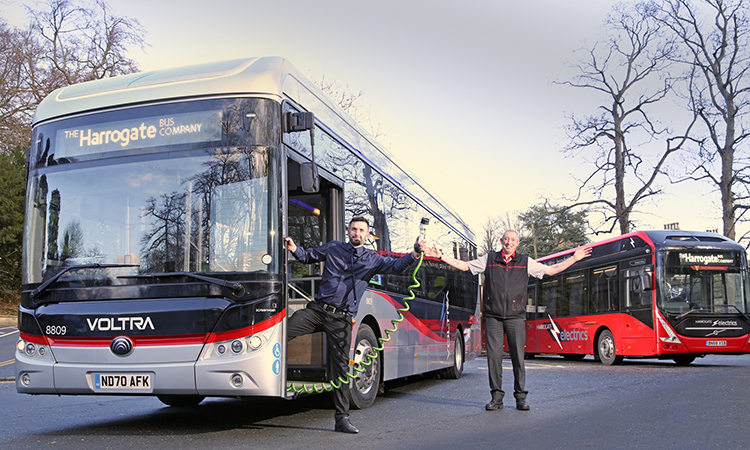 A second high-tech battery-powered electric bus has been brought in for a trial with Transdev subsidiary The Harrogate Bus Company on its popular route 1 linking Harrogate and Knaresborough, following initial experience with an alternative all-electric single deck bus in October 2020.

A Yutong E10 electric bus, supplied by Yorkshire-based Pelican Bus and Coach, is being loaned to Transdev by Tyneside-based operator Go North East to enable the new trial. The bus is powered by 422kWh water-cooled batteries, capable of a 370km range on a single 3.4-hour charge.

The results will be compared with outcomes from last Autumn’s trial operation on the same Harrogate bus route of another electric single-deck bus, manufactured by British company Alexander Dennis in partnership with the Chinese firm BYD.

“We’re delighted to begin the second phase of our electric bus trials, as we look ahead to future options for electric power on one of our most popular routes, the 1 between Harrogate and Knaresborough, all to complement the existing zero emission fleet on the local town network in Harrogate,” said Transdev CEO Alex Hornby.

“With a bus usually up to every seven minutes, the 1 route is a vitally important link between the two towns and an ideal place to put the bus industry’s newest technology to the test.

“The Yutong E10 bus is being loaned to us by Go North East and is used on a route very similar in frequency and usage as our own route here. We’re also in discussions with Pelican Bus and Coach in Castleford, who finished and supplied the buses for use here in the UK, following extensive development work with Yutong on their design and specification.”