The major light rail project has taken a step closer to reality after a decision by the FTA opened the door to federal funding. 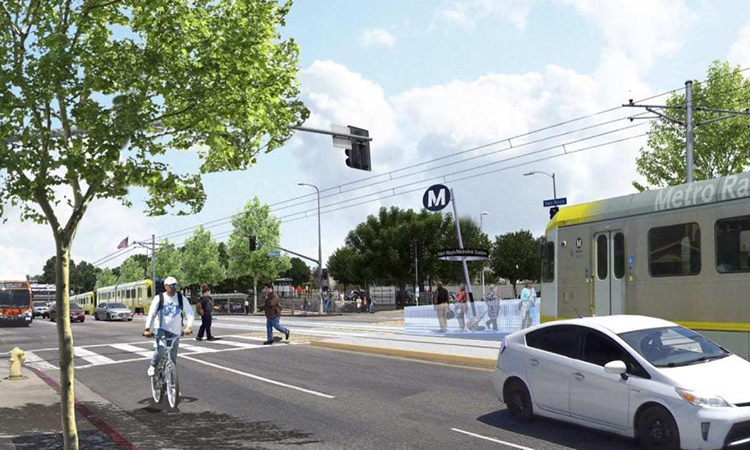 The FTA’s action allows Metro to potentially seek some type of funding in the federal pipeline for the final design and construction of the 9.2-mile project, which is planned to connect the Van Nuys Metro “G” (Orange) Line Station with the Sylmar/San Fernando Metrolink Station.

The light rail line will travel primarily along Van Nuys Boulevard — one of the Valley’s most heavily travelled corridors. Metro received the State of California’s environmental clearance for the project last December.

Approximately $1.3 billion has been identified for the project, most coming from tax revenue as a result of Measure M and Measure R, as well as State funds the authority claims.

Metro says it will build the line in segments, as is typically done for major light rail construction projects like this one. Building the line in “interim operating segments” gives Metro the flexibility to determine the most efficient and cost-effective way to build its projects, the authority says.

“The East San Fernando Valley Light Rail project has been one of my top transportation priorities since I was elected to the City Council,” said Metro Director Paul Krekorian.

“Last month we pushed the project forward with a $30 million investment in utility work to expedite construction.  Now, with the Federal Transportation Authority’s Record of Decision, this line becomes eligible for federal funding opportunities, and we are well on our way toward full funding and completion of the foundation for the future of transit in the San Fernando Valley.”

Metro says it has also developed a complementary First/Last Mile Plan for the project that identifies improvements to make it safer, more pleasant and more comfortable to walk, bike and roll to and from the 14 planned transit stations.

The project will officially begin major construction in 2022 and is scheduled to open by 2028.

“The East San Fernando Valley Light Rail Transit Project is just one of several major transportation improvements we have in store for the San Fernando Valley,” said Metro CEO Phillip A. Washington. “It just happens to be the first one to go into construction as we deliver on our promise of better mobility for Valley residents.”