Edinburgh and Glasgow set for transport developments under new plans

New tram lines could soon be built in Edinburgh while an overhaul of Glasgow’s transport network is on the cards with light rail, metro, and bus rapid transit systems all slated for development. 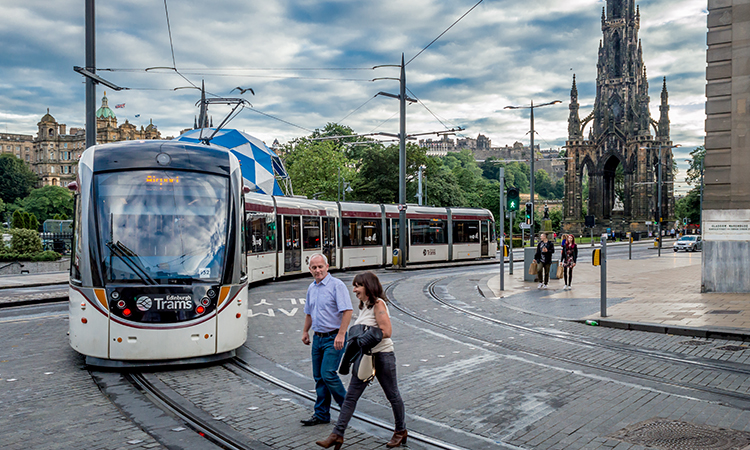 Scotland could see significant development in its transport infrastructure in the coming years, as Transport Scotland unveiled new plans to boost public transport networks in both Glasgow and Edinburgh.

According to the Strategic Transport Projects Review, Edinburgh’s tram network could be expanded, with new lines between Granton and the city centre, and maybe even out across the Forth into Fife.

“Mass transit is an enhanced level of public transport provision in the city region, including bus rapid transit (BRT) and tram,” said the report.

“It would complement and integrate with the current bus, tram and rail networks. The initial focus is on delivering mass transit from the north of the city (Granton), through the city centre to the south/east extremities of the city boundary.”

“Support in this report for reallocation of road space for walking and cycling, expanding on work through our Spaces for People project, City Centre Transformation and our ongoing, ambitious active travel programme, will help us create a truly people-friendly city.”

It’s not just the Scottish capital that will see investment in its public transport though. A “metro” system is set to be devised in Glasgow, which could include new light rail, tram, and traditional metro services. In addition, the new plans could include Bus Rapid Transit as an option, the benefits of which were discussed recently by Julia Wallerce for Intelligent Transport.

“The success of Glasgow and its surrounding region is absolutely fundamental to the Scottish economy,” Leader of Glasgow City Council, Susan Aitken told The Herald.

“Today’s report not only makes clear the pressing economic, environmental and social case for a much better-connected city and region, it also shows the potential of the Metro project to deliver that transformation.

“Those were also key findings of the expert and independent connectivity commission that I tasked with taking a fresh look at Glasgow’s transport and travel challenges – and which first proposed a metro project. I’m very pleased that STPR2 builds so strongly on that work.”

Cabinet Secretary for Transport, Infrastructure and Connectivity Michael Matheson added: “The National Transport Strategy is for the whole of Scotland recognising the different needs of our cities, towns, remote and rural areas and islands.

“Our shared vision is for a sustainable, inclusive, safe and accessible transport system, helping to deliver a healthier, fairer and more prosperous Scotland for communities, businesses and visitors. One where people choose walking and cycling or public transport over other modes and where our businesses make sustainable choices to support the reliable delivery of goods and services.”

The Herald, The Scotsman, Transport Scotland