Transport and political leaders in the North of England have expressed their disappointment at the news that the Department for Transport looks set to cut Transport for the North’s budget. 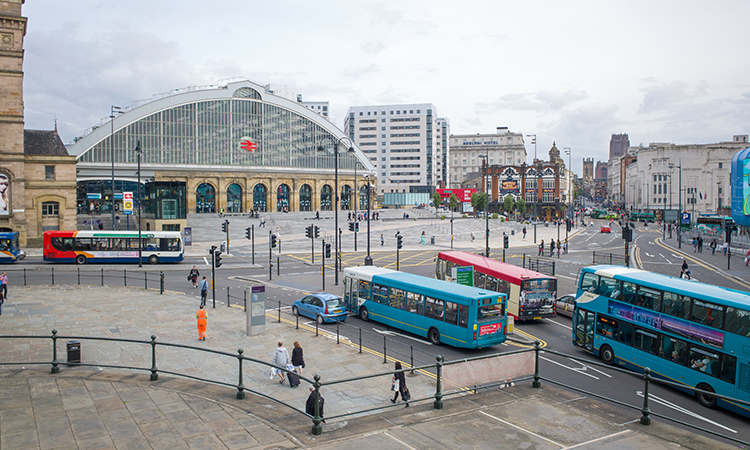 Northern leaders say funding cuts to key transport initiatives in the North of England will delay economic recovery and undermine the levelling-up agenda.

It comes as civic and business leaders discussed plans to significantly reduce next year’s budget for Transport for the North (TfN) – the region’s statutory transport body.

Whilst yet to be finally agreed, the Department for Transport (DfT) has set out its intention to award less than half the funds included in TfN’s Spending Review bid last year. According to the authority, it includes a cut in TfN’s core funding to £6m from £10m previously, and no funding for the roll out of contactless payment systems on the North’s rail, bus and tram networks.

TfN Board members expressed disappointment at the decision. They say the cuts are coming at a time when the levelling-up agenda – as well as supporting an economic recovery from Covid-19 – is needed more than ever.

“TfN’s Board has clearly indicated its disappointment and concern that, a time when the Government’s levelling up agenda is needed most, funding is being cut, putting Northern investment and jobs at risk,” said Iain Craven, Finance Director at Transport for the North.

“It falls substantially short of what we outlined the North would need to level-up infrastructure and accelerate benefits to the region.

“There is a real worry that this signals a diminishing ambition for the North, rather than pump-priming the region’s economic recovery.

“Establishing Transport for the North was a symbolic moment for devolving power to Northern leaders, one that fully supports the levelling-up agenda. Our members have clearly indicated the ambition that, over time, TfN should have a greater role and more oversight of investment, but the opposite is proposed.

“Further to the discussion at today’s Board, we are seeking an early meeting between our members and the transport secretary.”

TfN says the loss of £33m of smart travel funding could delay the roll out of contactless technology in the North (planned for 2021/2) to around 1,000 buses, as well as train and light rail networks totalling over 600 million journeys in 2019.

“I am extremely disappointed with the Government’s decision to cut TfN’s funding allocation for the coming year,” added Metro mayor of the Liverpool City Region Steve Rotheram.

“At a time when we should be focusing on ‘levelling up’, the Government is reducing transport budgets for the North and centralising control of those budgets, rather than devolving them to the North.

“We need real investment, if we are to stimulate growth and realise our ambitions to better connect the North and transform our fortunes.

“I am, along with northern leaders, calling on the Government to reverse this decision; to put its money where its mouth is and prove that it truly is committed to a national recovery and a ‘levelling up’ of our economy”.

Department for Transport (DfT), Transport for the North (TfN)