China is looking to catch up when it comes to autonomous vehicles with a new law and an interesting test site run by Huawei. 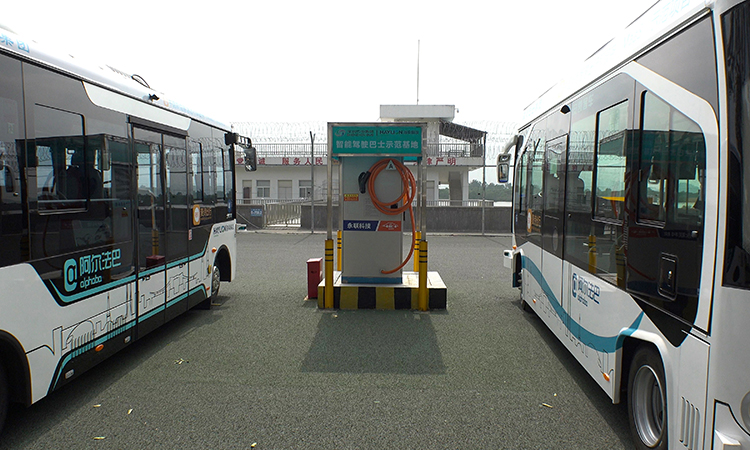 Self-driving buses could be a common sight in China's cities in future years.

China has drafted new laws which would allow the testing of autonomous vehicles on highways for the first time, bringing in line with countries such as the UK, US, and Germany which already allow self-driving cars to be tested on public roads.

The South China Morning Post reports that The Ministry of Industry and Information Technology’s (MIIT) new draft regulations allow for “road testing and example application of smart connected vehicles”, with highways permitted as a test site.

The Post says the laws could be implemented by Beijing very soon if there is no significant public objection during the consultation phase. The Chinese Government has been relatively tentative when it comes to testing self-driving cars. Since 2018, the authorities there have allowed tests on roads, but not on the busier highways. The new legislation could however mean China catches up with the likes of the UK and some US states when it comes to autonomous vehicles.

The new laws come as technology giant Huawei has developed its own test site for connected autonomous buses in the city of Wuxi, in Jiangsu province (located in the east of China). The four kilometre stretch of road has cameras and radar equipment embedded in in the surface itself, which relays information to the buses above, enabling it to swerve obstacles and brake for bus stops.

According to Bloomberg, the bus can also send information to the road, and even request a more favourable traffic light pattern if it is behind on its schedule. The bus is mostly autonomous, though a driver has been behind the wheel for safety reasons.

“Autonomous driving is an irresistible trend, but any isolated vehicle alone can’t nail it,” Jiang Wangcheng, a president at Huawei’s information and communications technology business, told Bloomberg. “The only solution is to get more information from the roads.”