Paris’ famous Champs-Élysées will see traffic space reduced by half in a bid to entice Parisians back to the famous tree-lined boulevard. 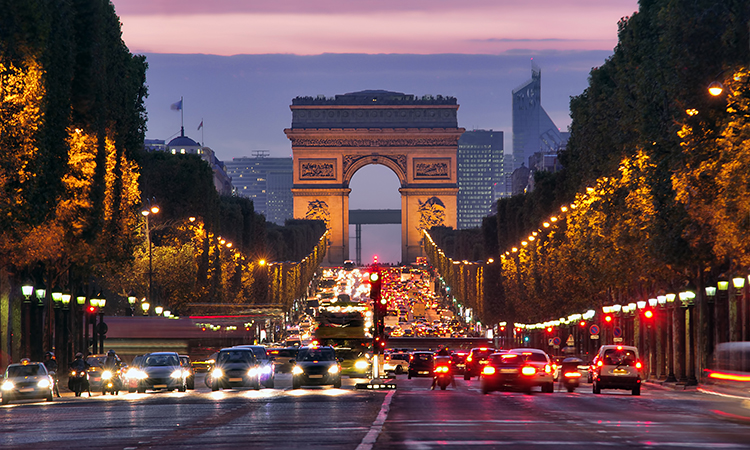 The famous street could soon see far less cars on it.

One of the most famous streets in the world could be getting a makeover soon, after Mayor of Paris Anne Hidalgo gave the green light to ambitious plans to transform the Champs-Élysées into a pedestrianised space.

The famous tree-lined boulevard has been given the moniker of “la plus belle avenue du monde” (the most beautiful street in the world) by many – indeed Champs-Élysées comes from Elysium, the Greek concept of heaven. Yet the reality for Parisians is anything but; thousands of cars travel down the eight-lane street every hour, and the roundabout surrounding the Arc de Triomphe is infamous for its chaos.

However, the Champs-Élysées Committee has plans to rejuvenate the nearly 2km long boulevard, with a reduction in traffic central to its plans. Space dedicated to traffic is set to be slashed by half, with pavements widened in order to encourage more Parisians to once again take a stroll down their city’s most famous street. “Tree Tunnels” will also be planted along the boulevard in a bid to improve air quality. There are even plans to turn Place Charles de Gaulle (where the Arc de Triomphe stands) into an ice rink.

According to The Guardian, the architect behind the new development plans Philippe Chiambaretta claims that 72 per cent of the 100,000 people on the avenue every day are tourists. As President of the Champs-Élysées Committee Jean-Noël Reinhardt, said: “We want to offer this work to Parisians, who have abandoned their avenue, and first and foremost to those who aspire to represent them.”

Other cities around the world have unveiled similar plans for their busiest streets, as societies take stock of what is important after the destruction COVID-19 has left in its wake. Barcelona’s City Hall announced plans to transform one in three streets in the busy area of Eixample into a green, pedestrianised space. The busy grid system was designed to provide additional housing for the city back in the 19th century, yet now green space in the area is at a premium.

“At these crossroads, where now you only see cars, you will see an urban forest, a square for children – you’ll see how we can get rid of the tarmac and have better-planted trees, which help cool down the city,” Janet Sanz, Barcelona’s deputy mayor for ecology, urban planning and mobility, told Reuters.