Dubai’s RTA has been experimenting with AI in order to ease congestion on the city’s metro during peak hours. 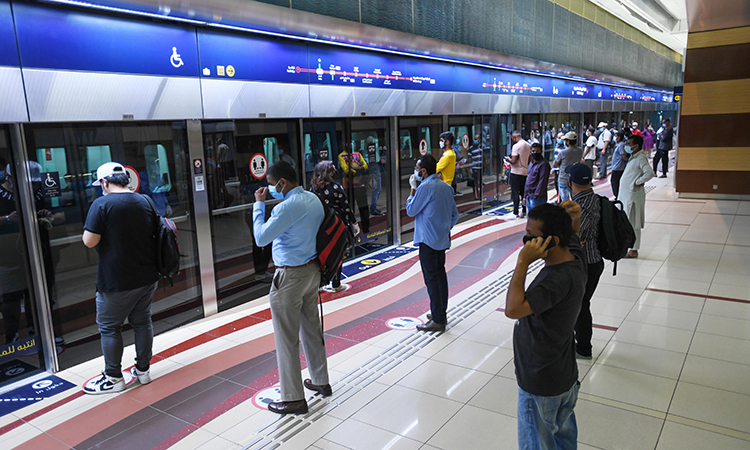 Could AI be the key to solving congestion problems during peak times on the Dubai Metro?

The Roads and Transport Authority (RTA) of Dubai has trialled the use of artificial intelligence and simulators to streamline the demand for the metro service in Dubai. The technology will, according to the RTA, assist in crowd management during peak hours at some metro stations or public events witnessing increased demand.

“The project aims to develop a smart and interactive system responsive to the needs of the metro riders. The project seeks to propose convenient transit timing for metro riders through understanding the demand pattern of the service and adjusting it to control overcrowding,” said Ahmed Mahboub, Executive Director of Smart Services, Corporate Technology Support Services Sector at the RTA.

“We have experimented with the use of artificial intelligence and machine learning technologies to propose specific transit timings for riders in a bid to streamline the demand for the metro service and spread it over longer durations.

“The process requires the development of a model to simulate train journeys throughout the day. It uses nol cards data, metro demand algorithms, and a screen to display and understand detailed passenger journeys,” explained Mahboub.

“Results of the pilot project indicate that trains serve about 40-80 per cent of passengers at certain stations during peak times and public events, which is reflected in crowds and more frequent journeys.

“The simulative model showed that passenger flow during peak hours will result in spells of congestions and longer waiting time for riders before boarding the metro. The experimental use of artificial intelligence reduced the congestion from 40 per cent to 60 per cent, and the waiting time to 30 minutes.

“The artificial intelligence technology contributed to proposing specific periods and redistributing the demand to improve the customers’ experience by offering them definite timings for boarding, which in turn enabled them to reach their destinations on time. These deliverables are currently under review to verify their feasibility and consider undertaking the project in the near future.

“Thanks to the integrated technological infrastructure, the RTA is capable of figuring out smart solutions to the challenges of its services, such as the increased occasional demand. The RTA always prioritises customers and seeks to meet their needs and expectations to make them happier,” concluded Mahboub.