Transport unions in the French capital are unhappy at plans to open up the city’s bus and metro services to competition in January of 2025. 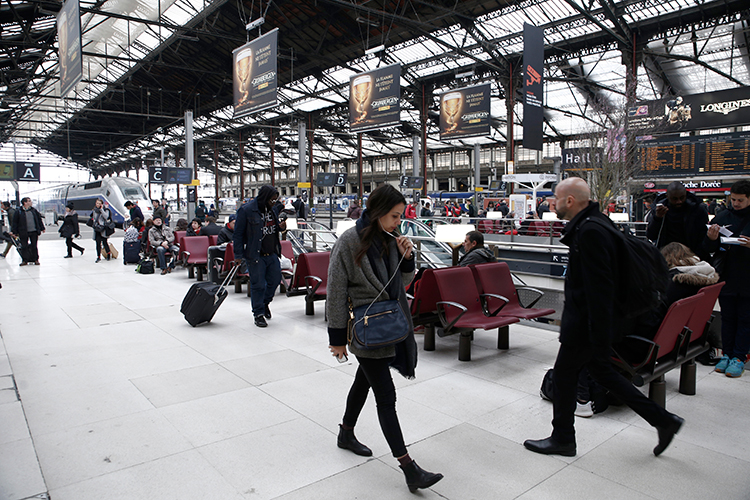 Services from key stations such as Paris' Gare de Lyon could be affected in the strike later this month.

Unions representing workers in Paris’ RATP Transport Authority have once again agreed to strike to show what they have called their “dissatisfaction” over the proposal to open up the regional transport system to more competition.

Sud RATP, La CGT RATP, UNSA RATP, Syndicat Autonome RATP and Solidaires Groupe RATP all signed the letter encouraging its members to strike on 17 December. Industrial action was originally planned by these unions for 19 November , but due to the deteriorating pandemic situation in France the decision was taken to postpone this. Now, however, the group has described the health situation as “softening” and has agreed the new date for action in a meeting on 25 November.

The dispute has arisen largely because private companies will be able to bid for the operation of services within Paris from 2025, for example on certain bus lines. This has caused controversy in the French capital. Sud RATP claims that its workers will face distinctly worse conditions under a private company than the currently state-run RATP. It says that holiday pay will decrease from 125 per cent down to 100 per cent, and that time on shift will increase by up to forty minutes. It also claims that all workers would be automatically transferred over to the new scheme, and those that did not wish to work for the private company would have their compensation paid out in instalments rather than as a lump sum.

President of the Regional Council of Île-de-France Valérie Pécresse has tried to reassure workers and riders alike in recent months. She told La Parisien: “Opening up to competition is not privatisation. The lines could still be operated by SNCF or RATP, but they would be forced to improve their offer to be competitive against other operators, public or private.”

It is unclear what the level of participation in the strike will be, but as unions must give 48 hours’ notice before any industrial action takes place, things are likely to become clearer as the strike nears. It is thought that metro, bus and RER (commuter trains) could all be affected if participation is high enough.