Athens metro to be disrupted during 24 hour workers strike

The strike has been called over new legislation set to be rolled out by the Greek Government, and a lack of COVID-19 testing. 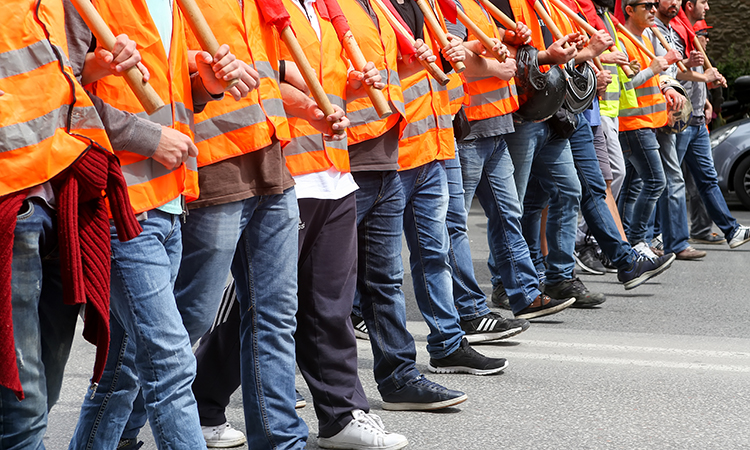 Workers on the Athen metro and tram services will walk out over new legislation on Thursday.

A strike of transport workers will see Athenians without metro services on Thursday (26 November) as unions oppose new labour laws being drafted by the Greek Government.

Workers at STASY, which operates the metro and tram services in the Greek capital, will walk-out for 24 hours, the Greek newspaper Ekathimerini reports. In a statement announcing the strike, the umbrella Civil Servants Confederation (ADEDY) said it demanded recruitment of staff within the public transport sector to “decongest” the system. It also said it will not tolerate the pandemic “being used as a ‘tool’ to pass legislation that is against workers’ interests and levels rights and attainments that took decades [to secure].”

The legislation the union is vehemently opposed to includes more flexible rules on governing overtime, as well as stricter requirements around what can prompt a strike and a change to the arbitration procedure for labour disputes.

According to the Associated Press, public transport workers are also calling for COVID-19 tests to be carried out at the expense of their employers. This comes as Greece find itself in a second national lockdown, which is supposed to end on November 30. At the time of writing, Greece had reported a further 2,131 cases of the disease and 101 deaths.

It’s not just the Athens metro and tram that will grind to a halt on Thursday though. Ferry services, which play such a crucial role in a country with Greece’s geography, are also expected to be disrupted in the walk out. In addition, air traffic control employees across the country will also be downing tools, leaving airlines no choice but to reschedule flights in and out of Greece on Thursday. The strike will run from 00:01 on 26 November until midnight that evening.