After the replacement of cash with paper tickets in 1986, the capital of Greece, Athens, had to wait 28 years before a new fare medium was introduced in the city. Having missed magnetic and SMS tickets, the so-called Athens ‘paper taboo’ was finally broken in December 2014, and Athens leaped from the stone age of fares to the electronic age. With the exception of the planned metro extensions of Metro Lines 2 and 3, mobile ticketing was the first innovation presented to the Athenian passengers after the major renewals in infrastructure, new metro rolling stock, buses, trolleybuses and a new tram line in 2004, just before the Olympic Games. Jason Angelopoulos – Transport Economist Advisor at Athens Urban Transport Organisation – provides further details about the future of ticketing in the city. 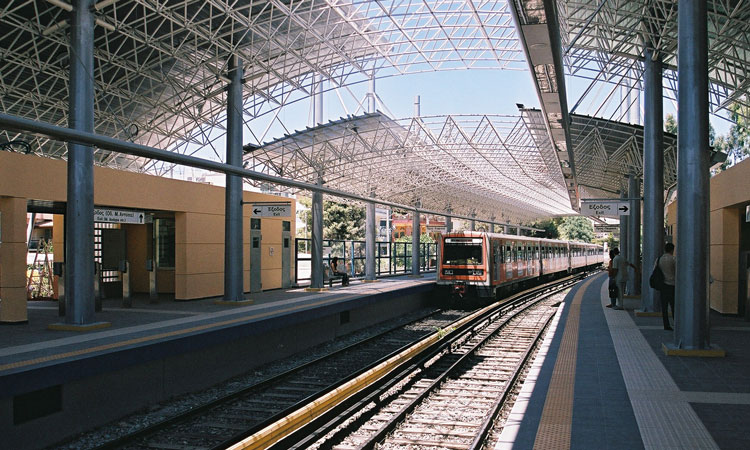 The economic recession brought Athens two consecutive fare price increases, totalling more than +40%, which resulted in a fare evasion explosion from 14% on average in 2007 to 25% in 2013, with an additional 5% of fake/fraudulent tickets and travelcard coupons. As a result, the paper security features had to be enhanced, which made paper fares (tickets) even more expensive to produce and print. After five consecutive years of recession with demand dropping 25%, 2014 was marked as the first year that Athens public transport figures rose by 1.4%, while for the first time ever, ticket and travelcard prices were reduced by 14% and 33% respectively. This measure shifted passengers to travelcards, enhanced customer loyalty and improved the Transport for Athens (TfA) Group cash flow by 10%, while at the same time the monthly turnover remain unchanged. Within the same period, complementary to the new pricing policy, a bus and trolleybus network restructuring was initiated, diverting radial lines from the city centre to Metro terminals and increasing services in trunk bus lines. Also in 2014, after more than eight years of planning, delays and several tendering processes, the two major Public Private Partnership (PPP) projects of Athens, the smartcard ticketing (including metro gating) and the bus and trolleybus passenger information and fleet management system (including 1,000 bus stop panels) were signed. The introduction of mobile ticketing in Athens couldn’t have hit better timing.

Since 2009, Athenian occasional passengers, who comprise more than 40% of annual figures, have been plagued due to the shrinking of the ticket retail distribution network. After 2009, the number of small retail shops and kiosks dwindled. The cash flow of the remaining shops required to keep inventory buffers was challenged, the profit margin of tickets was deemed minimal and the rigid ‘no-credit, no-risk’ commercial policy of TfA also contributed to the downsizing of the distribution network. For the bus passenger, the simple task of finding paper tickets gradually became more difficult. Incidents of passengers asking other passengers for tickets inside buses became common. This situation introduced a new category of fare evaders: those who simply could not find tickets.

The image of public transport started to become outdated and at the same time, the utilisation of smartphones and tablets, as well as credit and debit cards, presented an excellent opportunity for TfA to approach young people, casual passengers and tourists, using a new fare medium.

Less than four (intense) months of preparation was required for TfA to implement mobile ticketing, using minimal resources. The project was assigned to Masabi Ltd and the solution offered for Athens was the comprehensive ‘JustRide Platform’ which includes the customer application, the reporting and customer service back-office and the ticket control application. The public-launch of the application took place in mid-December 2014 quietly, amidst political turmoil just before the festive season and just prior to the January 2015 elections.

The user, using either an iOS or Android mobile device, can select any Athens PT fare with a duration of less than five days, including single tickets, airport bus and metro tickets, 24-hour and 5-day tickets and the 3-days tourist pass, which allows for two rides from and to Athens airport. For the first purchase, the customer creates an application account and enters credit card details. After that, the customer chooses the fare type and number of tickets and enters the credit/debit card CVV. The fares are then transferred to the customer’s account, with the tickets being available for use in every mobile device the customer logs in.

For the purchase of fares, a mobile data service (internet connection) is required. However, for the validation, no service is required. Since new ticket validators and metro gates are included in the Athens e-Ticketing project (to be completed by the end of 2016), a unique validating method had to be devised: The passengers themselves have to validate each ticket within the application. To ensure that this feature is not exploited (e.g. buying and validating tickets seconds prior to a ticket control), a time delay of two minutes is implemented, during which the ticket is not – yet – valid. This solution requires that passengers validate their ticket two minutes prior to entering a metro station or just before entering buses, trolleybuses and trams.

The application incorporates several unique security characteristics. The one visible to the passenger includes a coloured stripe that flashes periodically with three different colours that change simultaneously on all valid tickets (see Figure 1). This feature allows the ticket inspection personnel to control possible large queues visually, with any possible fraudulent tickets/screenshots standing out immediately.

The web-based back-office, called ‘The TfA HUB’, comes with two major functionalities: a) A reporting system, coupled with real-time monitoring of transactions, ticket activation, revenues, and marketing campaigns, as well as detailed financial and transaction reports and logs, and b) A customer service subsystem, which is utilised for all required administrative and customer service functions, such as ticket issuing, migration, reactivation, cancellation and refund, as well as user profile editing and user blocking. Marketing campaigns can be identified based on a unique-per-campaign QR-code, which is scanned by users and prompts them to download the application from iOS or Google Store. The number of users, or ‘hits’, to the server are used to evaluate the effectiveness of each campaign.

The TfA solution includes an Android application to perform ticket inspection by the authorised personnel, utilising mobile devices. The customer is presenting the Aztec type barcode to the inspector, who in turn scans the ticket with their device and based on predetermined rules and security checks, the application prompts with a pass/fail message, or further action from the inspector in case of concessionary fares (e.g. students, senior citizens etc.). The ticket inspection application called ‘Inspect’ keeps track of ticket inspections and their results, thus providing documentation for potential disputes with passengers. Another interesting feature is that inspection results are periodically distributed among all inspectors, so when a second inspection takes place, the trace of the first inspection is visible to the second inspector.

The project did not come without challenges: Transport for Athens, its subsidiary operating companies and the Athens suburban rail, had to adapt quickly and create new processes with respect to customer service, information, and support, ticket control with mobile devices. A focused training programme was implemented in order to inform customer-facing personnel, such as operator ticket inspectors, TfA customer service and the TfA call centre. Customer support compiled the most frequent questions and solutions to user and based, also, to customer feedback (and complaints) the TfA team responsible for mobile ticketing created an application log was, which was shared with the developers, for application streamlining and ironing-out of small bugs.

Adding a new fare medium, such as mobile ticketing, comes with distinct advantages, all of which have started to materialise for TfA, including:

The application for both platforms has been downloaded more than 22,000 times since its launch in December 2014 – with a 4-star rating on Google Store – and active users are estimated to be more than 5,500. The share of mobile ticketing revenues in February 2015 reached ~0.5% of total ticket revenues and is constantly increasing. Another important aspect is the confidence that users show to the application: the average amount per transaction has increased more than 10% between December 2014 and March 2015. The next steps of the project involve focused marketing campaigns and the introduction of monthly travelcard coupons. With a potential of 350,000 passengers, the incentive of eliminating the monthly queues required to renew the existing paper travelcard coupon using cash, guarantees the success of this addition.

Mobile ticketing in Athens is now here to stay. Along with the new smartcard to be introduced in 2017, Athenian passengers will have the opportunity to choose the most convenient fare medium for them; but paper will not be one of them.

Jason Angelopoulos is a Transport Economist with 17 years of experience in the public transport industry and he currently holds the position of Transport Economist Advisor at Athens Urban Transport Organisation. Jason is formerly, BoD Member of the Athenian trolleybus operator, Director of Planning and Associate Manager of a transport consulting firm. He has been involved in/led over 45 management consulting projects in the transport industry. Jason holds a BSc. in Economics and a MSc. in Engineering Economic Systems, and currently is a PhD candidate in transport economics. He is a Chartered Economist and a Member of the Association of Transport Engineers.