Vehicle that can complete at least part of their journey with zero emissions, such as hybrid or plug-in cars, will still be allowed to be sold until 2035 as part of the new ambitious policy. 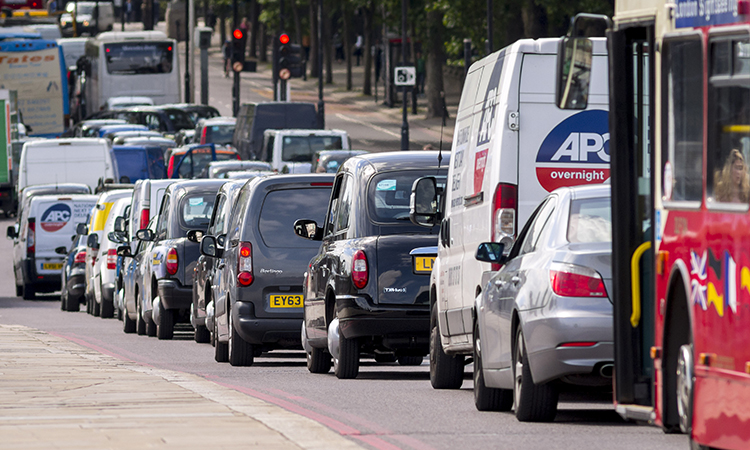 According to the Department for Transport (DfT), new cars and vans can be sold between 2030 and 2035 if they have the capability to drive a significant distance with zero emissions (for example, plug-in hybrids or full hybrids), and this will be defined through consultation.

The DfT says the move is underpinned by over £1.8 billion to support greater uptake of zero emission vehicles for greener car journeys. New measures announced today include more chargepoints, alongside innovation for new clean technologies. The UK government are hoping that the investment will improve air quality in towns and cities and support economic growth right across the UK.

Part of today’s announcement includes £1.3 billion to accelerate the roll-out of chargepoints for electric vehicles in homes, streets across the UK and on motorways across England, so people can more easily and conveniently charge their cars.

The lobby group wants to see incentives for the purchase of electric vehicles as well as federal support for a better infrastructure to enable extensive electric vehicle use across the US.

To meet future demand, the government says it is providing grants for homeowners, businesses and local authorities to install chargepoints, and is also supporting the deployment of rapid chargepoints. It claims that a driver is never more than 25 miles away from a rapid chargepoint anywhere along England’s motorways and major A roads.

Accessibility has always been an issue when it comes to the purchase of zero-emissions vehicles, but the government says it has also pledged £582 million in grants for those buying zero or ultra-low emission vehicles to make them cheaper to buy and incentivise more people to make the transition.

Alongside the further funding, after laying legislation this week, green number plates are set to be introduced from December 2020 to increase awareness of cleaner vehicles on the roads and help local authorities bring in local incentives. For example, drivers could benefit from local initiatives such as cheaper parking and cost-free entry into zero-emission zones.

Transport Secretary Grant Shapps believed the new deadline will make the UK a world-leader when it comes to clean vehicles: “The UK is going further and faster than any other major economy to decarbonise transport, harnessing the power of clean, green technology to end the UK’s contribution to climate change by 2050.

“Bringing forward the phase-out date could create 40,000 extra jobs by 2030, particularly in our manufacturing heartlands of the North East and across the Midlands and will see emissions reductions equivalent to taking more than 4 million cars off the road.

“We are also leading the charge when it comes to the transition to zero emission vehicles and today’s timely boost in funding builds on our world-leading £2.5 billion package to encourage drivers to make the switch.

“The investment will help build a rich, diverse and sustainable supply chain that will form a vital part of the future industry, ensure the enormous strength the UK has in innovation can progress, and help maintain our position in a globally competitive market. It will also support around 169,000 jobs in the industry, including in our strong manufacturing bases across the Midlands and the North East. 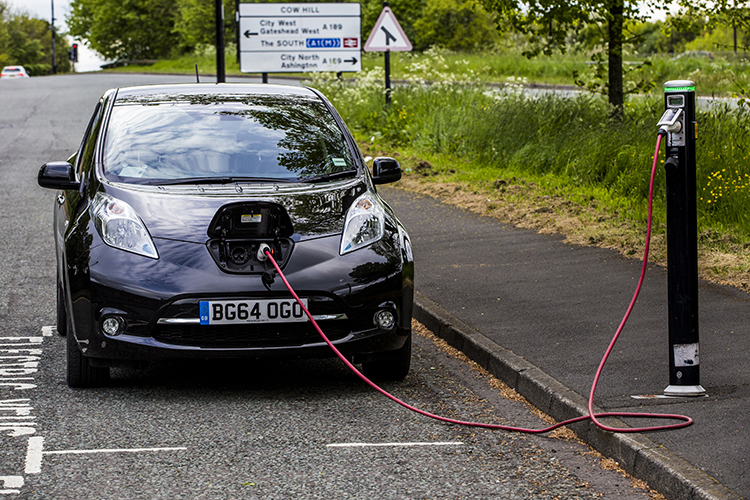 Chargepoints such as this one could soon become ubiquitous in the UK.

Stephen Edwards, Chair of the Urban Transport Group and Executive Director of South Yorkshire Passenger Transport Executive, said: “We welcome the transport commitments in the Government’s plan for a Green Industrial Revolution and as the transport authorities for the largest urban areas in the country we look forward to working with Government to achieving these goals.

“If we are to decarbonise urban vehicle fleets then it is vital that we are at the top table in determining the right strategies for achieving this. From bus depots to charging points, and from smart grids to public information campaigns, we won’t be able to electrify and decarbonise urban vehicle fleets efficiently and effectively without city region transport authorities and local authorities being at the heart of the transformation.

“In order to fulfill this role we have recently put in place a series of working groups to share experience and work collectively across the city regions on decarbonising buses, freight, public service vehicles as well as on the supporting infrastructure and energy supply.”

Meanwhile, The British Vehicle Rental and Leasing Association Chief Executive Gerry Keaney said, “2030 is an extremely aggressive phase-out target, but one that will be embraced by many drivers and fleet operators.

“The 2035 extension for plug-in and full hybrids provides an essential lifeline for those facing a greater zero-emission challenge. Vehicle rental companies and van fleet operators will be very relieved to have this additional breathing space but will need clarity on exactly what types of hybrid are in scope.”

Margot James, Executive Chair of the Warwick Manufacturing Group based at the University of Warwick, outlined how manufacturers plan on making the target reality: “Zero Carbon transport is crucial to protecting our planet, so the government’s timescale for our national shift to electric vehicles is, rightly, ambitious. We should approach this challenge with optimism and enthusiasm.

“At WMG at the University of Warwick, our researchers identify, test, and scale up for manufacture the next generation of batteries, developing batteries that are smaller, more powerful, longer lasting and cheaper to run than ever before, while also ensuring they have a second life to help power homes and factories with clean energy.

“From lithium-ion to solid-state, much of our future travel will be battery powered, and the government’s announcement of a £500 million investment in the development and production of electric vehicle batteries will help us get there faster.”