The new service will include nearly 150 virtual bus stops within certain districts of the city, which the smartphone app will guide passengers to once they have booked their ride. 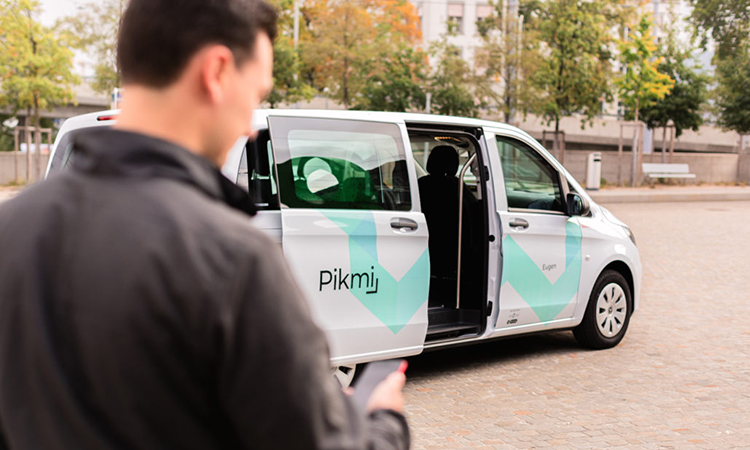 The new Pikmi service will be integrated in to the existing fare tariff in Zurich. Credit: ViaVan

The Zurich Transport Authority (VBZ), together with ViaVan, has launched “Pikmi”, its first on-demand transport service which will operate in certain areas of the city during an 18-month pilot scheme.

The small vans will fill the gaps in the evening hours from 8 pm to midnight when traditional public transport offerings are less available. In addition to the Zurich quarters of Altstetten and Albisrieden, the operating area also includes the Triemli and Hardplatz transport hubs.

VBZ is hoping that the new service will improve its transport offering to residents in the Swiss city, particularly in the ‘last-mile’ sector. Using the Pikmi app, passengers will be shown when the next pick-up time is, as well as the quickest route to the pick-up point. Passengers travelling in similar directions will be bundled together, says Silvan Weber, Pikmi project leader, so that “as many passengers as possible can be transported in as few vehicles as possible.”  Journeys will be integrated into the existing ticketing tariff, so passengers do not have to purchase an extra ticket.

Councilor Michael Baumer, Head of the Industrial Companies of the City of Zurich, explained the need for the Pikmi service: “It has become clear as a result of the COVID-19 pandemic that we have to respond to new challenges with innovative ideas. It is therefore important to test new technologies in operation.

“In addition, the pilot project, which is part of the city’s strategic focus areas, is another step for Zurich towards becoming a smart city.”

The new service will not require any additional infrastructure, as Pikmi’s 150 or so bus stops will all be virtual – displayed only on the accompanying smartphone app. This was a major advantage for VBZ Director Guido Schoch: “Thanks to the dense network of stops, the next Pikmi stop for our customers is right around the corner.

“VBZ wants to find out whether this innovative offer can attract additional customers.”

The hope from VBZ is that the Pikmi service will help connect transport hubs within the city, or offer a convenient last leg of a long journey – such as the trip back from the station to home late at night for example. ViaVan says that the pilot will help demonstrate what vehicle and infrastructure requirements would be necessary for a more extensive offering across the entire city.