Having doubled the number of female train driver applicants within the last 12 months, Govia Thameslink Railway will look to double the figure again in 2021. 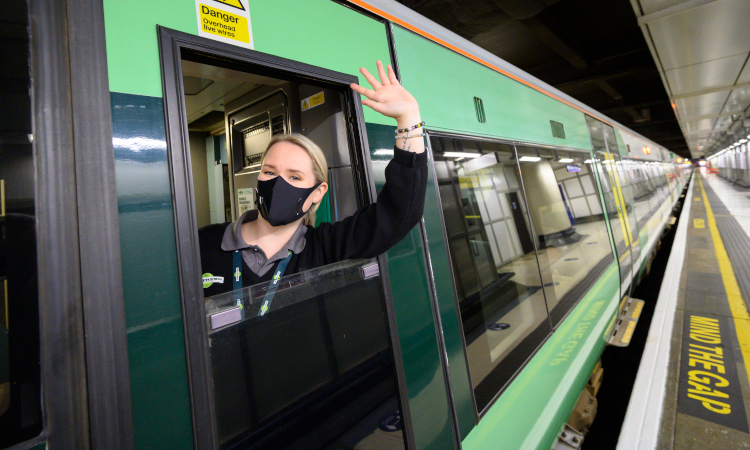 Govia Thameslink Railway (GTR), the rail operator responsible for the Southern, Thameslink, Great Northern and Gatwick Express services, has successfully managed to double the number of female train driver applicants from 413 in 2019, to 825 in 2020.

The feat has been achieved through a series of dedicated recruitment and marketing campaigns, In a statement, GTR said that is “a remarkable feat for an industry usually seen as dark, dusty and better suited to men”.

Speaking of the company’s progress, Zoey Hudson, Head of Talent, Diversity and Inclusion at GTR, said: “We’re very aware at GTR that to get the best from our staff and be best able to serve our passengers, a diverse and highly skilled workforce is absolutely vital. For this reason, we’ve invested heavily in a recruitment campaign packed full of programmes and initiatives, such as working with Mumsnet. Our campaigns are aimed at debunking the stereotypes associated with careers in the rail industry and humanising our brands while demonstrating the huge versatility of roles available. All with the intention of attracting a more diverse workforce to the industry.

“We’re truly delighted to have been able to double the number of female train driver applicants in a single year, and we look forward to continuing to be the driving force behind the rail industry’s mission to recruit more women and have a more diverse pool of talent.”

Whilst the progress made is encouraging, GTR says that it recognises that its fight is far from over. The operator has once again committed to doubling the number of female train driver applicants, this time by 2021. Further commitments include improving diversity in teams across its entire talent pool, with the company setting itself the target of having a 50/50 gender split on all training programmes by the end of 2021.

To ensure this ethos is embraced across GTR, the company also introduced ‘Unconscious Bias’ training, designed specifically to help make the organisation a more diverse and inclusive place to work. Ian McLaren, CFO at GTR, commented: “As the executive sponsor of our Unconscious Bias training programme, it is my responsibility to ensure GTR is the diverse and welcoming business that we strive for it to be. We all have biases, it’s how our brains process and categorise the world. But by making ourselves aware of our tendencies to favour people most like us in appearance, background, or world view, we can begin to overcome those biases to create a more agile and innovative blend of ideas and experiences at GTR.”