While e-scooter trials are welcomed by UK transport authorities, a response to the government consultation has urged caution in a number of areas, such as speed and the impact on active travel. 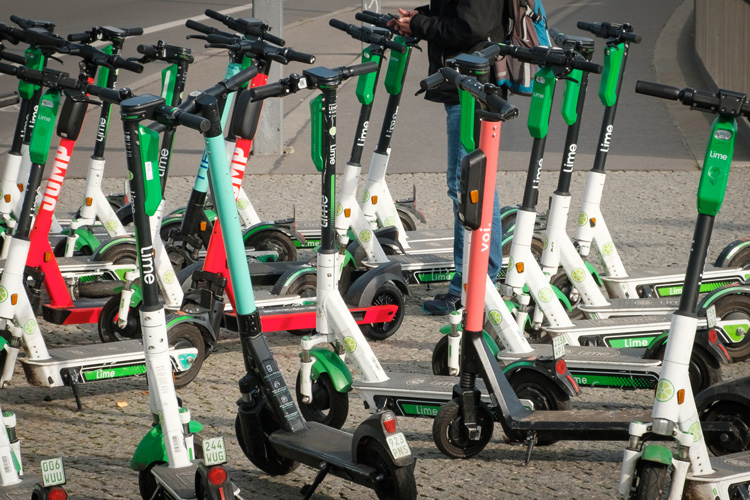 City region transport authorities have welcomed Government plans to bring forward trials of e-scooters to explore the role they might play in the future of urban transport and to inform future decisions around the legislative framework.

The Urban Transport Group, which represents the UK’s largest urban transport authorities, has responded to a Government consultation on allowing trials specifically for rental e-scooters to begin more quickly and across a wider area than initially proposed, in response to the coronavirus pandemic which has dramatically reduced the capacity of public transport.

In its response, the Group sets out its views on how the e-scooter trials should be managed and designed, including the need to:

City region transport authorities have also called for a key role in the future regulatory and legislative framework for e-scooters, including the powers to cap the number of rental e-scooters, implement parking restrictions, set standards for rental operators to meet, and require them to share data to help inform transport network planning and avoid outcomes which are against the wider public interest.

Stephen Edwards, Chair of the Urban Transport Group and Executive Director of South Yorkshire Passenger Transport Executive, said: “We welcome the opportunities these trials offer for agile, real-world testing of e-scooters to inform a later decision around legalisation. In making that decision, it is vitally important that Government recognises the need for e-scooters to be introduced safely and in a way that ensures they help – rather than hinder – the achievement of wider city region objectives for people and places, from a pleasant urban realm to a healthy population.”