Posted: 18 May 2020 | Kjell-Erik B. Eilertsen - Norwegian Railway Directorate | No comments yet

Kjell-Erik B. Eilertsen, Senior Principle Engineer at the Norwegian Railway Directorate, spoke to Intelligent Transport about the complexities that come with satisfying the different needs, requirements and approaches of different actors at regional, governmental and European levels when it comes to Norway’s ticketing. 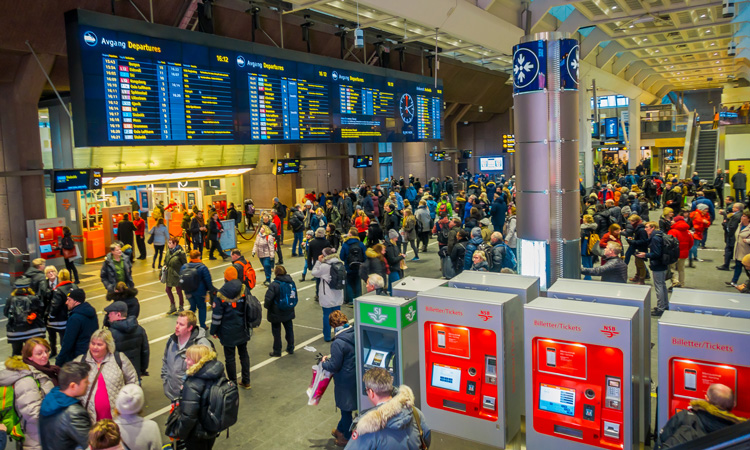 What developments are currently taking place in Norway?

We have a lot of focus on national solutions in Norway, because, as with most other region-based public transport systems, it is the counties that have the real responsibilities commercially. But equally, we have legislation in Norway that gives the national government the mandate to set guidelines for ticketing.

We are trying to get all regions in the same room to agree on some common concepts, but of course, this takes time

We are also implementing account based ticketing as a national system, which will also be Transmodel based, where all kinds of travel rights can be stored, like pre-purchased tickets, pay as you go, capping, whatever you need online, which will be mandatory to use on interoperable tickets in public transport in Norway. We will not regulate the sale systems, however, only hold the ticket and travel rights, so that those can work in the public. We will also mandate a few ID tokens, that will be mandatory on the national level.

Many places are looking at integrated ticketing on a regional basis or within a city, rather than on a national level. Do you think this sets Norway apart?

I think so, yes, but locally we’ve had legislation for many years that enables us to do this. Equally, it must be said, there are many that do work on a national level.

In regards to EU regulation for multimodal, for instance, the Transport Information Services legislation makes it mandatory for all public transport in Norway to publish their timetables, stations and fare information in an electronic manner. This is something we have been doing for many years, but now we are creating new standards for it based on EU legislation.

How important is interoperability in making one unified system that passengers are comfortable using?

Three years ago, Norway began our railroad reform. Where before we had monopolised the state-owned railway, we are now putting different lines out for tender, and as a part of that work, guidelines from government are a priority. First and foremost, however, is the customer and making their experience as good as possible. 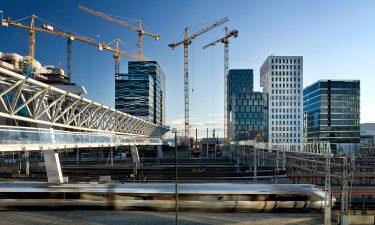 We have the challenge of harmonising the different actors at the regional level who all have different ideas and approaches as to what’s best for their customers. We need to make this seamless in order to provide our passengers with a seamless experience!

There lies the challenge as legislation in Norway doesn’t distinguish between public and private and third parties in public transport. The Ministry of Transportation has given an exception for private commercial transport, so they don’t have to integrate with the ticketing systems. They still have to deliver timetable information, but they are exempt from the ticketing systems. It’s voluntary for them to participate, but so far none of them have chosen to do so.

It wouldn’t cost them much to participate to a higher degree. But the margins, especially on bus transport, are so small that they need to justify every single investment they make. So, for them to participate they would need to see an outcome at the other end.

I think that will come, but not until the rest of the public transport is doing so, because then they will see a solid competitive disadvantage not to participate.

When do you anticipate reaching that stage?

I would estimate it will be in the next five to 10 years. We are working hard to get the different basic services up and running, and I think it will be at least four to five years before the rest of public transport reaches that point. Then I think the private companies will need some time to observe the outcomes, and then I think they’ll be ready.

As soon as you have a decentralised system, with lots of county administrations needing their say, there will be a new need to have consensus models, which will take time and work. The only alternative is to have everything controlled by government, more or less introduce dictatorship, which we don’t think would be the best thing for the customer.

We need to try to find the common ground. There are a lot of political processes. We are trying to get all regions in the same room to agree on some common concepts, but of course, this takes time.

What do you think when you look at fragmentation of the transport market in Europe more generally? Here in the UK, for example, public transport is really fragmented and quite severely privatised…

Yes, the UK has certainly gone much further in the deregulation of public transport than we’ve seen in Norway. Even when we started splitting rail and putting it out for tender, we still kept a certain level of regulation. For instance, the old state rail company that we had previously had a ticketing department. This became a separate company (Entur AS), and all new train operators in Norway are obliged to use them for ticketing services. Entur also operates the national systems for timetables, real time data and fare information for all public transport in Norway, and will in the future also implement information for other transport modes.

They are also obliged to use a maximum price fare system with competitive prices, so that customers do not suffer just because we split up the ride. When you buy a ticket from Point A on one of the lines to Point B on one of the other lines, it should cost, at the most, the same price as before. As such, the customer remains at the forefront of our thinking. They are, of course, free to lower the prices.

Region by region, what are the most frequent kind of push backs that you get?

I would say, it’s getting the balancing between the local freedom and commercial assessments of how they should solve their problems best; having the freedom to innovate and at the same time comply to national standards. It’s the everlasting balance between flexibility and standardisation.

The tricky part is to standardise on a level that enables innovation rather than hinder or eliminate it completely. That’s what we are trying to achieve.