Scandinavia, and particularly Sweden, appears to be leading the way in designing bespoke ticketing systems entirely in-house. Intelligent Transport spoke with Jonathan Bernhardt, Product Owner at Region Uppsala, about the region’s approach to creating its own system within the context of Sweden’s new national ticketing standard. 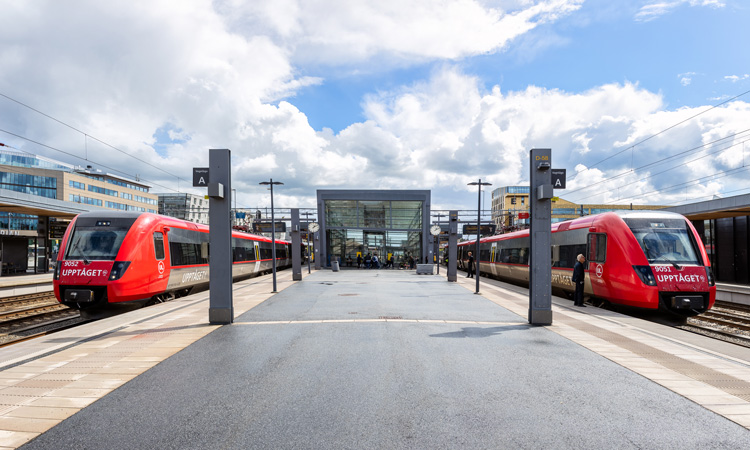 What is the current situation in Uppsala, and across Sweden more broadly, with regard to public transport ticketing?

I am the Product Owner at Uppsala – the fourth largest PTA in Sweden. Sweden is in a very exciting phase of development, with many PTAs having started developing their own ticketing systems in-house. This is partly due to bad experiences with suppliers of ticketing solutions and partly due to a new national ticketing standard, BoB, which is owned by the public transport sector in Sweden.

We’re building everything from scratch, where we own the result. This naturally comes with a few challenges, but there are no off-the-shelf products available that are compatible with the national standard today.

Sweden is made up of around 21 PTAs, of which only the largest players could potentially bear the cost of building their own systems. Consequently, a lot of the PTAs in Sweden have joined together to develop systems, and this is exactly what we’re doing. We are cooperating with counties that are adjacent to ours and trying to work as smartly as we can with our resources, building our own system.

Is it fair to say no public transport authority wants to be building their own ticketing solution unless there’s a necessity to do so?

There are good and bad sides to building your own solution. It enables us to look under every stone and challenge our previous decisions. We ask ourselves why we have done things in a particular way. Was it because it was the best way, or was it simply due to limits in the product that was procured? It also forces us to work more closely with other PTAs and align our business proposition towards neighbouring counties, especially with so much talk around Mobility-as-a-Service (MaaS).

Communication really is key to our process, but we have seen many studies that point towards MaaS not being the holy grail to all of our problems

In Sweden there is much conversation around one national ticketing system, but with different offerings in the different counties, the question is how do we build a system that’s easy for the customer to use and understand? Currently, when you travel across county lines, the same passenger can change from a retiree to a senior, or from a youth to an adult, depending on each counties own ticketing classification.

By communicating with your neighbouring counties on a regular basis, do you think you’re able to lay the groundwork for MaaS?

Communication really is key to our process, but we have seen many studies that point towards MaaS not being the holy grail to all of our problems. Instead, arguably we should be focusing on simple, easy to understand offerings with very low barrier to entry for new customers, whether it’s only the public transport system or it’s part of a larger ecosystem such as MaaS.

We’re continually asking ourselves whether it is set in stone that we need to aim to develop MaaS, or whether we simply need to aim for an easy to use product which is simple for customers to become a part of. Feedback from our passengers has certainly pointed towards ease of use, even more so than concerns such as pricing.

My focus is twofold, looking into traffic information systems and ticketing systems. The three questions I have to make sure we’re answering effectively are: how do you find out where to take the bus from; which bus or train are you supposed to take; and how do I pay for my trip? We strongly believe the latter simply shouldn’t be an issue, while the answer to the first two questions should be everywhere, in every single travel app.

Do you have an open data service in Sweden in order to make that happen?

In Sweden, we have a National Access Point which is owned and developed by Samtrafiken, which is jointly owned by both public and private public transport entities in Sweden, and where all the data is collected and exposed for actors such as Google or Apple to utilise. This ensures everything is open and all in the same format – whoever needs to do anything with it can.

In Scandinavia, we don’t see this type of data as a business asset, or at least, not as a secret. We see synergies in exposing it as openly as possible.

In terms of a national ticketing system, what steps do you need to take to make it possible?

The Swedish government has promised voters one national ticketing system in Sweden from 1 January 2022. The national question now is how to define one national ticketing system, and that really will be the key point. The reality is that we have 21 different PTAs, each with its own right to govern and set prices, fares, traveller categories and so on. What we can do, in today’s landscape, is set the national standard together and make sure a technical interoperable system can be built.

However, it all boils down to the business rules. What are we offering our customers, and in which ways? We can make anything possible technically, but if we still have a different definition of a student in one place compared another, it will never be perceived as one ticketing system; it will always be perceived as fragmented.

Even if you have one unified ticketing system, is there anything to stop each individual PTA still offering a separate product?

That’s an interesting angle. Potentially, we could have a few products and offerings that are made available throughout Sweden – a baseline of requirements if you will. The PTAs could then add extra offerings, extra products, special sets of rules in addition to this, but not instead of this. Then it’s up to each PTA as to the level of service integration that goes into that ticketing system. For example, public transport is a given, but there could be an option to integrate new mobility modes into it as well. However, I think we’re still years, or possibly even decades, away from having seamless integration of that kind.

Everyone has to keep an eye on making progress in the short term to enable long term goals to be achieved, because these developments are happening very gradually. We also need to ensure we’re not relying on technology to try to solve all of our problems; from my perspective, it’s on the business side of things where most of the speed bumps are located at the moment.

Jonathan Bernhardt, Product Owner, Ticketing & Payment Systems at Region Uppsala. Jonathan is responsible for the PTA’s development of, and transition to, an account based ticketing system. He joined Region Uppsala in January 2015 and has a background in systems sciences. 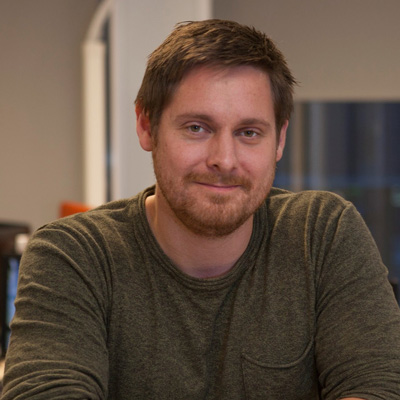