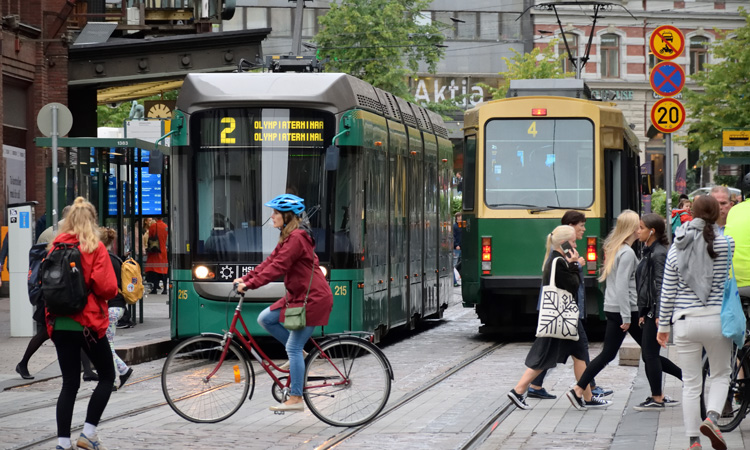 39 per cent of journeys were made on foot in Helsinki in 2019, 29 per cent by public transport, 22 per cent by passenger car, nine per cent by bike and one per cent by other vehicles – a potentially dangerous combination when all taking place on the same roads.

The city has 241 city bike stations and 2,410 bikes, with three million journeys made on them in 2018. We have also recently introduced thousands of new e-scooters to Helsinki’s streets from five different companies. These e-scooters are not a project of City of Helsinki; of course we co-operate with these companies with traffic safety issues, but the city has no ways to set regulations for the companies.

Although these are progressive steps and we are anticipating further rise in their ridership, safety is one of the main challenges for any city’s mobility progression and it is important to prioritise this when moving forward with city plans and traffic management strategies.

We must, of course, think about the ways in which people can walk, cycle and use public transport in the city as a means to reduce carbon emissions

In the 1980s and up until the beginning of the 1990s, there were approximately 20 – 30 deaths each year in Helsinki caused by road incidents. After this, the number of deaths started to decline significantly and in the 2010s, seven people a year – on average – died in traffic in Helsinki, with most of the fatalities being pedestrians. In the course of the current practice of recording statistics, the worst year was 1965 with 84 fatalities recorded in Helsinki. 2019, however, was also a record year, but this time at the other end of the spectrum. The city recorded zero pedestrian fatalities – a global milestone that we are proud to celebrate.

In Helsinki’s traffic planning, pedestrians are considered the first priority. Cyclists, public transport, city logistics and passenger cars are then prioritised in that preceding order.

We must, of course, think about the ways in which people can walk, cycle and use public transport in the city as a means to reduce carbon emissions, but we must do so in the safest way possible. In traffic safety, the biggest challenge is integrating these new ways of moving – e-scooters and other electric vehicles, for example – into existing traffic and city norms.

Speed control is an efficient way to improve traffic safety, as the risk of accidents increases when speeds rise. The gravity of accidents is largely dependent on the collision speed and so speed limits in Helsinki have been consistently lowered since the 1970s. Today, the limit in the city centre is 30 kilometres per hour and in the inner city it is either 30 or 40 kilometres per hour with the exception of the busiest main routes. 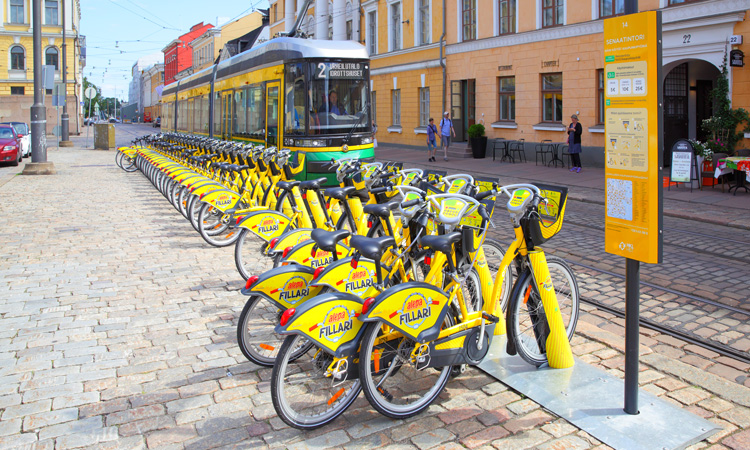 Transport and traffic plans define how streets are divided among different transport modes (cars, trams, pedestrians, cyclists, etc.) and a smaller arrangement, for example a conversion of a junction to a roundabout, can be the difference between a safe or unsafe area for pedestrians and vehicles alike.

I also hope that there will be more pedestrian zones and streets in the city centre in the future.

Helsinki has a traffic safety development programme in place and it will be updated later this year. This includes the installation of 70 new traffic control cameras and alterations aimed at improving the safety of pedestrian crossings in the most dangerous locations of the city.

The City of Helsinki also strives to raise the share of cycling to 15 per cent of all modes of transport in the city by 2020. In 2013, this share was 11 per cent. By increasing cycling, Helsinki can become a more pleasant and dynamic city whilst keeping transport and traffic in the city efficient.

To do this, new high-quality cycling routes are proposed to connect the main housing areas to large concentrations jobs as part of a proposed increase of annual funding to approximately €20 million. Such “bike corridors” would facilitate commuting by bike and they would enable fast, direct and steady-paced cycling. The bike corridor network would consist of both newly built sections and existing but upgraded bikeways. Special attention would be paid to separation of cycling and walking to further ensure safety for pedestrians.

Jussi Yli-Seppälä is the Traffic Engineer at the Transport System Unit of the City of Helsinki. He has a Master of Science in Technology with more than five years of experience in traffic planning, focused on traffic safety.

He is responsible for coordinating the measures of the Helsinki’s Traffic safety development programme. Jussi has been the project manager for projects of the new principles of the speed limits, traffic enforcement cameras and the guidelines for planning of the pedestrians’ street crossings in Helsinki.

By Jussi Yli-Seppälä - City of Helsinki