Trond Hovland, CEO at ITS Norway, explains how the project to create a region-wide enabler platform for mobility in the Nordics – the Nordic Mobility Innovation platform (NMIP) – is bringing together data sources and attempting to lower the barrier to entry for regional MaaS. 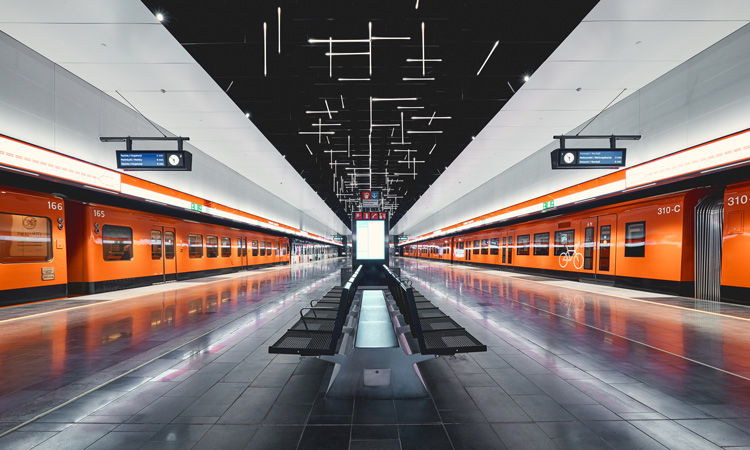 How did the project begin and what kind of progress have you been able to make so far?

In all of the Nordic countries, we have had projects where data provision for public transport and on-demand transport has been an issue. Ever since 2011/12, there have been ongoing activities and projects that focus on it with a view to helping the public sector first, and then slowly moving into the on-demand market – like taxis, carpooling and car-sharing – also enabling data sharing with the public sector. In Finland, these efforts led the way to a new era of legislation and regulation so that it’s legally accepted to set up mobility services without any constraints when it comes to concession from public authorities.

In Denmark and Norway, it’s slightly different. We haven’t had that same change in law, so we still need to have concessions in place, which makes it difficult for taxi firms to actually share data and run their own MaaS operation.

Over many years, each country has managed to integrate public and private mobility services within specific cities, which means there’s a lot of experience across all three when it comes to sharing data between the public and the private sector. However, these efforts are yet to lead to MaaS operations at any scale – likely due to the cost element for the private sector, but also because we don’t want to have to fine tune their data to fit with public sector APIs.

Shifting the focus to demonstrating and including concepts, principles and standards within it will put everybody on the same page, regardless of whether they’re a private or public company

When it comes to ticketing, there has been a slightly different approach. It isn’t possible in all of these countries to pay for buses and trains over a larger area all in one go. In Norway, we have a company called Entur, which is a public entity, that will eventually provide ticketing for all public transport in Norway. Currently, all the rail companies in Norway go through Entur, and gradually all the bus companies will go into it as well.

Entur has another mandate outside of ticketing – to collect static and dynamic routing information for all of Norway’s public transport. Based on this, it’s possible to set up trips all over Norway, and once ticketing is introduced, the end goal is to be able to pay for that journey too, needing just one app.

At the beginning of 2018 we were approached by Nordic Innovation who asked for a project that could create a MaaS platform for the Nordics. We initially just said no, because of the anticipated difficulty; it’s still difficult to do this within one country – within one city, even – so doing it on such a huge scale is a real challenge. Nordic Innovation didn’t give up on us, though, and persuaded us to at least embark on a pre-project. I approached partners in Sweden, Finland and Denmark to set up a project to see if we could work on the basic level and map all the data sources that were available from on-demand or commercial transportation providers across the Nordics. 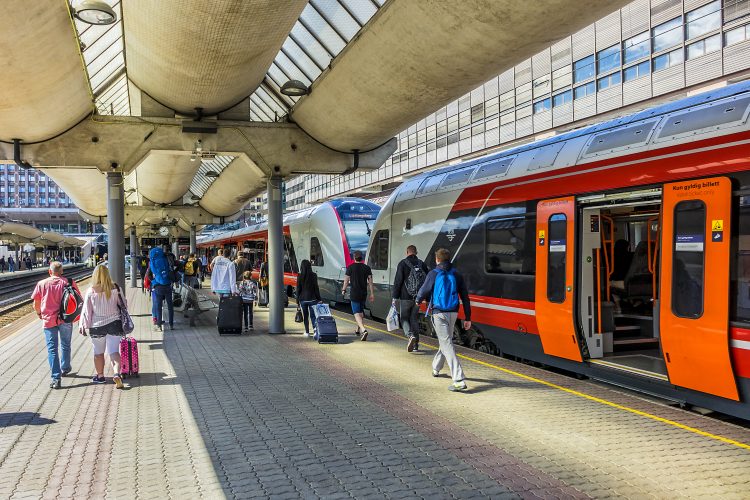 Over three or four months we made a huge effort to collect all available data sources for transportation providers; taxis, car-poolers, ferries, trains – anything. We ended up with a comprehensive overview of the market, at least the market for data, and got the pre-project approved. We also embarked on a main project to set up a small market enabler platform where we collected data from public transport and combined it with on-demand transportation data to create a use case where passengers could actually go from Oslo by taxi to a train that takes them to a ferry to Denmark, where they can then take the train to Copenhagen. It’s a simple use case where you cross borders using various modes of transport. We made an application using the least amount of data that you would actually need to make that journey in a very simplified use case.

We later became aware of another project attempting to make a mobility service platform using that kind of data and we ended up combining the two projects. Half of the project is now focused on making data ready for the market, while the other half of the project will actually use the data to set up mobility services based on a roaming model. Imagine the way you can subscribe to one telecoms company but roam freely in that ecosystem – the idea is to have the same set up for transport services. After deciding to move forward with the two projects together, we made an application to Nordic Innovation and received funding.

Sometime later, we became aware of a collaboration network called ODIN which seeks to harmonise open public transport data and other services across Sweden, Finland, Norway, and Denmark. The project is well-anchored in the public sector in each of the four countries, and they are currently working towards the same data licensing standard for all countries. They have already agreed upon a common profile for the NeTEx standard.

Their work took away half the pain that we were facing from the bottom side where you provide all of that data. Now, we only need to concentrate on taxis and on-demand services in each of the four countries, after which we can make this enabler platform together with the ODIN project. We have given ourselves three years to set this up. In those same three years, ODIN will explore how they deal with on-demand transportation data in their members’ respective platforms while we do the same with public transportation data in our enabler platform. After a few initial meetings with them, it became clear that we have many overlapping interests, so we are working together to find fruitful synergies between NMIP and ODIN. By setting this up, we can at least demonstrate that the standards will work, that the API’s will work, and that there’s quality assurance for the data. 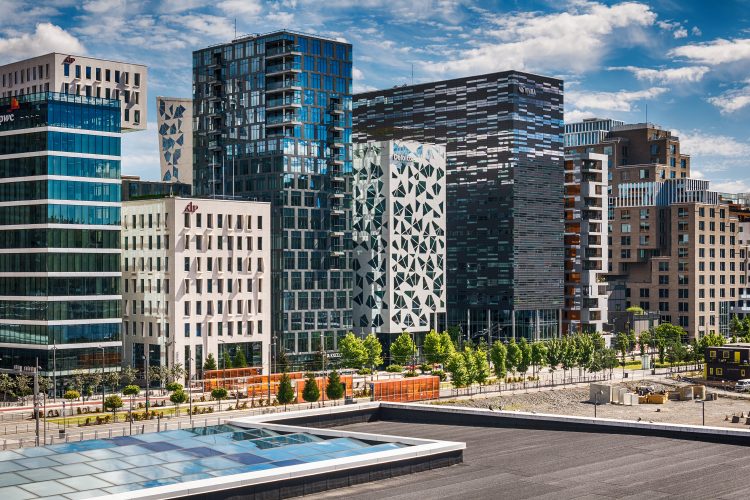 Do you think it’s possible to balance both public and private interests with the overall goals of MaaS?

Yes, but I doubted it for a long time, until our initial meeting with the private partners and the commercial partners in Finland. The current state of play sees these market participants making agreements with taxi companies, car-poolers and car-sharing companies in individual cities and in individual countries. By extension, they’re essentially saying that if somebody else eventually takes care of that basic data permission – like this enabler platform – then they will take away the cost element for each of these private domain players, which is expensive for them to maintain.

If we concentrate on making the concepts, standards and principle clear, along with the ownership of each of the platforms, this project has a good chance of succeeding. Shifting the focus to demonstrating and including concepts, principles and standards within it will put everybody on the same page, regardless of whether they’re a private or public company.

Do you think the project is helping to lower barriers to create more viable business models? Is there actually something viable there to work with and how do you get around to creating that?

It’s very, very hard to make this work. There is a goal and a recognition between societies that we need to remove cars from cities and reduce emissions. To realistically achieve those goals at the same time, you have to offer mobility services of at least the same standard for everyone that lives in the city. At the same time, you want everybody operating within the market to be profitable as part of a MaaS model. It’s becoming evident that this might not be possible, but at least with an enabler platform like the one we’re working on, this cost of data provision and quality assurance is removed. At the very least, that creates an even playing field for commercial operators, lowering the barrier to make a profitable business out of it.

I don’t think that is enough to make it profitable, but if you combine it with artificial intelligence and optimisation of vehicle positioning with each of the vehicles that provide a service, then that will help. That is not a part of this project but will likely become part of an extended project to optimise transport resources in order to give people services that they really want.

Another element that might help the business model is if we can simulate models where the subsidies being paid to public transport today could also be shared with on-demand transportation vehicles. If they’re embedded into this enabler platform, maybe they could also receive some public funding. It is unlikely to happen in the short term, but a company like Entur might be willing to help in this kind of project. Again, this isn’t a core part of our project, but could be an extension that can test these business models.

Trond Hovland is the CEO of ITS Norway, a membership association promoting ICT and R&D in the transportation sector. Before joining ITS Norway in 2009, he worked for almost 18 years for the Norwegian Public Roads Administration, holding several management positions and leading large ICT procurement projects. 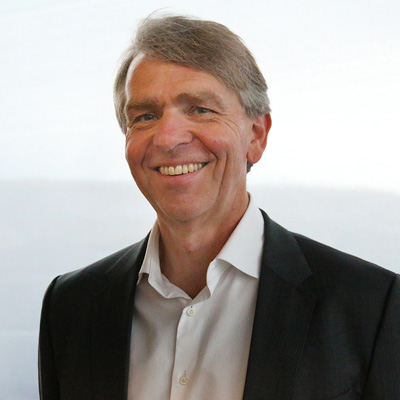 By Trond Hovland - ITS Norway