Listening to the daily news unfolding of the impact of the economic downturn, it is becoming apparent that no one is immune to the difficulties arising from the current climate and like all cities, the future in Dublin looks challenging for businesses… 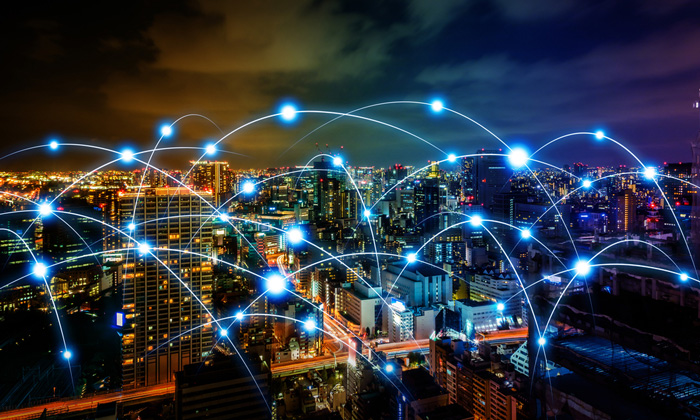 Dublin Bus must be prepared for the challenges to come. There are a number of well documented factors which affect all public transport providers in Ireland that are of particular concern. One such issue is the continued rise in the cost of fuel. At present, fuel prices mean that the cost of running the Dublin Bus fleet will rise from €19.6 million in 2007 to €37 million this year.

With a continuously growing population in Dublin congestion is another costly issue, which has doubled in the last 10 years to €60 million due to the acceleration in car ownership. Also, congestion reduces the revenue-earning potential of each vehicle and makes the service less reliable. While the company is taking stock of the downturn, a challenge which faces Dublin Bus in the future is to remain cost efficient while ensuring to continue to make service improvements. This involves making progress in modern technological developments. A major element to achieving this goal is to stay ahead of and exploit the latest developments in transport technology to continue to redevelop how the fleet operates. Earlier this year, Dublin Bus appointed German firm Init to install an Automatic Vehicle Location and Control (AVCL) system throughout its fleet. The AVLC system will be the platform upon which Real-Time Passenger Information (RTPI) will be introduced.

The programme is part of an overall plan to halt disruption to scheduled services caused by traffic congestion and ensure a greater predictability of service. Funding to the amount of €8.6 million was approved by the Department of Transport in 2006, and following the tendering process, German firm Init was selected to provide the AVLC system for Dublin Bus. As part of the installation process, each bus will be equipped with an on-board computer that will interface with the existing bus radio system, which will transmit location data back to depots and other monitoring points. In addition to this, bus location data from the AVLC central computer system will be transmitted to Dublin City Council’s SCATS traffic control central computer. This will allow for greater bus prioritisation at signal controlled junctions. AVLC will be the platform for the Real-Time Passenger Information (RTPI) system within Dublin Bus. The eventual result of a fully operational AVLC fleet is that information will be fed back to screens at bus stops allowing customers to ascertain the exact location of their bus. Dublin Bus intends to have 1,000 of its busiest stops fitted with display screens. Service information will also be accessible to passengers through mobile phones and on the Dublin Bus website. The system provides a greater level of information and a greater level of accuracy of information to the passenger and will therefore make the bus a more attractive and convenient mode of transport for them. Also, for first time bus passengers or irregular users, it increases their confidence levels and avoids any confusion or frustration for them which can happen in a congestion filled city. For example, if a rerouting has happened due to a road accident or roadworks, the system will allow data to be changed in a short period of time and the passenger is informed of any time delays in their bus service through the display screens.

This all contributes to an enhancement of the accessibility of Dublin Bus services. The project began in early 2008 with the initial deployment of the AVLC scheduled to begin in the first Dublin Bus depot in 2009 and is expected to be fully operational in 2010. At present, technical design specifications are being developed in conjunction with Init and bus wiring qualifications are also being prepared. In addition to this, a major upgrade of the mobile radio system is underway to facilitate the transmission of the AVLC data to and from buses. The existing analogue trunked radio system is being enhanced by the addition of dedicated data channels to carry AVLC data. The radio upgrade is being undertaken by Tait Electronics, suppliers of the existing radio system and will be completed in advance of the AVLC deployment. Plans for the initial installation of the AVLC system are also underway. It will be installed on a depot by depot basis and a small number of buses will be selected from the first chosen depot for an initial trial of the system before extending to the other six depots.

Another major project that Dublin Bus has begun is the introduction of smartcard ticketing. Initially, a disposable smartcard, for Dublin Bus services, has been introduced. The smartcard was developed with the agreement of the Integrated Ticketing Project Board (ITPB) and is the forerunner of an overall integrated ticketing system that is scheduled to launch at the end of 2009. The new smartcard includes an embedded microchip containing all ticketing information and will thus allow contactless transactions. Instead of the ticket being inserted into a ticket validator, it needs to only be placed on a smartcard reader. The proposal for the introduction of smartcard began back in 2002 when Dublin Bus sought to introduce new ticketing machines. In 2005, the Dublin Bus board agreed on a proposal to incorporate smartcard technology into the order for the new ticketing system. Once the ITPB gave its consent in 2006, the project began in earnest. Wayfarer Transit Systems (now trading as Parkeon), a Dorset based company, was appointed to provide and install the relevant smartcard technology. The technology adheres to the international standard on contactless technology; ISO 14443. In June 2008, Dublin Bus completed the installation of smartcard readers on its fleet and then began the process of introducing prepaid smartcards that will replace the old magnetic strip technology.

Both the new tickets and smartcard technology have undergone comprehensive testing. Staff annual passes were the first of Dublin Bus tickets introduced which availed of the new technology and now the company has converted the Monthly and Annual Bus Travelwide, Monthly and Annual Bus/Luas, Annual Bus/Rail, 5-Day Rambler, 30-Day Rambler Handy Pack, and the 10-Journey Travel 90 to smartcard format. The next stage in the project was to inform customers about the change in procedure for validating their tickets. The Dublin Bus website provided customer information about how to use the new tickets, and how they worked. In addition to this, pilot trials were undertaken involving 50 regular customers who provided feedback on their experiences in using the smartcard. In conjunction with this, the availability of smartcards was extended to 15 city centre ticket agents who were supported with customer leaflets. Combined with Dublin Bus’ Head Office this represents 20% of overall prepaid ticket sales.

As this was happening, the remaining ticket agents were briefed on the changes to prepaid tickets and were provided with the appropriate supporting literature. The withdrawal of the old style magnetic strip tickets then began at the beginning of September 2008. Through the adoption of smartcard technology, Dublin Bus aims to decrease transaction times for customers and this will in turn decrease journey times. In addition to this, smartcard is next generation in developing transport technology and is compliant with the upcoming integrated ticketing. The Dublin Bus mandate is to provide a comprehensive quality bus service in the Greater Dublin Area within the resources available. Whilst Dublin Bus continues to work towards meeting the needs of the growing GDA, the pursuit of such projects, will ensure that Dublin Bus maintains the high quality, and efficient service it provides to the public.