E-mobility in Montréal and the green approach to modal shift

Renée Amilcar, Executive Director of Bus Services at Société de transport de Montréal (STM), explains why the best chances of meeting targets for zero-emissions transport lay with embracing all possible modes of shared, sustainable transport – even if that means venturing from public transport. 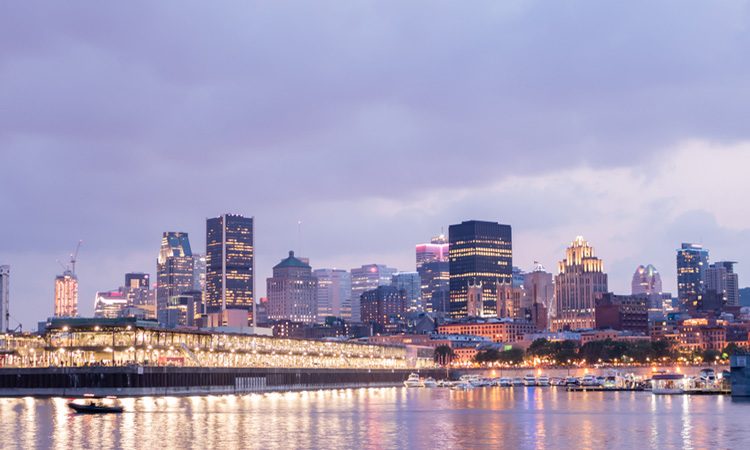 What’s the current situation like in Montréal regarding electric mobility and clean transport?

In Montréal, we have been working quite far in advance on e-mobility; since May 2017, Société de Transport de Montréal (STM) has operated three fast charging buses with pantographs. We were so happy with the results that we decided to buy four more and have since opened another order to buy 30 overnight charging buses. The STM is aiming to have a fleet of at least 100 electric buses by 2025.

Alongside this, all of our bridges should be electric and we’re hoping that the technology will be available just in time for us to achieve this. That’s part of the reason that we are testing both fast charging and overnight charging now.

It’s good to have fast charging because the bus can cover a lot of ground and then just go and charge the battery somewhere. I personally prefer overnight charging because you can drive 200km without a problem; effectively it’s the knowledge that you’re not running the risk of the battery dying during the route.

Every major city is working towards a zero emissions target for transport, so what is Montréal’s goal?

The ambition is, of course, to be completely emissions free, but with an initial focus on public transport and mobility. We encourage a variety of mobility modes, not just public transport; taxis, bikes and scooters are all encouraged – anything that prevents people from taking a single-person car journey, though we know it will be impossible to convince and transform everyone.

We buy electric cars too, so it’s not only the buses, and when we build a depot, we try to make the construction process as environmentally friendly as possible. It’s not a case of just buying electric vehicles and checking a box to say you’ve completed that stage – it’s crucial to change mindsets in every part of the process.

What have STM’s experiences with e-bikes and scooters been like so far?

These micromobility modes really are the new generation. Before, we were trying to get everyone on public transport – the buses and the metro – but now, we know that it’s impossible. Instead, we’re trying to convert people to be part a broader shared mobility effort across the first and last mile. We’re now encouraging people to take taxis, bikes, scooters – communal transport. Our thinking now isn’t around just bus and metro, it’s around all of those things. Lime is going to be introducing its scooters to Montréal in the near future which we’re excited by because it’s new and it’s sustainable.

We’re working with authorities and with stakeholders to have one ticket that you can use for all of those modes. It will bring everything together and, at the end of the month, users will be charged the lowest price for what they’ve used. We’re working to make this as simple and accessible as possible; for tourists who don’t have a city transport smartcard, we want them to be able to pay using a debit or credit card. Simplicity and accessibility are how you drive modal shift.

What regulations are in play when it comes to introducing new modes of transport to a city, like Lime is doing with scooters?

The first thing that Lime had to do was to work with authorities to permit them to introduce scooters to the road. Now we have to work together to see how we can both share the roads without having accidents. Scooters use bus lanes, which is just inviting a dangerous situation, so there needs to be a dialogue with the drivers to ensure that this can work safely.

Without collaboration on these issues, you take a big risk and the results are unlikely to come out in your favour.

Renée Amilcar is an Industrial Engineer with a degree from École Polytechnique de Montréal who has also completed an MBA. She joined the Société de transport de Montréal (STM) in 2002 and quickly rose through the ranks to become the first female director of bus maintenance. She has now held the role of Executive Director of Bus services for STM since 2014. She is responsible for over 5,300 employees assigned to service delivery, the maintenance of a fleet of 1,800 buses and paratransit. As a pragmatic visionary, she is also responsible for developing the future strategy of STM’s bus network with a view to meeting the challenges of sustainable mobility. She was the first woman to chair the UITP Bus Committee, where she brought about significant change. Amilcar is also Vice-Chair of UITP and is a member of the Executive Board. She is also proud to have received the 2018 Mercuriades Outstanding Woman in Leadership Award presented by the Fédération des chambres de commerce du Québec for all of her work.