Are you ready to speed up the roll out of intelligent speed assistance?

Following the signing of a manifesto at 2018’s Polis Conference to speed up the rollout of intelligent speed assistance (ISA), Edwin Mermans, Tamara Goldsteen and Gert Blom – all members of the ISA Working Group – reflect on the need to rapidly deploy the technology. 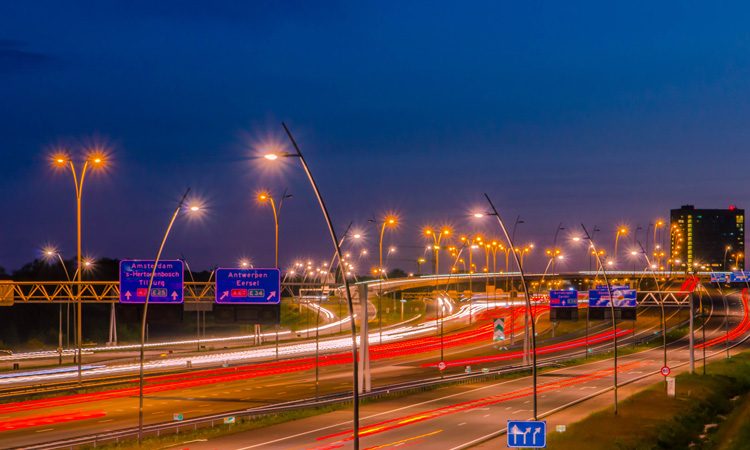 Speeding is a major cause of road accidents, responsible for approximately one-third of all collisions and resulting in over 25,000 road deaths annually in Europe, with another 200,000 people seriously injured.

Enforcement of speed limits is both costly and labour intensive, but new technology – namely, intelligent speed assistance – is making it possible to give pointed advice to individual drivers and to actively intervene in the speed of motorised vehicles. ISA uses communication between the vehicle and its environment to ensure that speed limits are adhered to. When the European Commission (EC) decided to revise the General Safety Regulation EC 661/2009, one of the proposals was to introduce ISA in all new vehicles from 2020. Despite this, it will still be a long time before all vehicles are equipped with ISA.

The European ISA Working Group supports the proposal of the EC and will initiate additional actions such as increasing the use of existing systems. To do this it will create awareness with users, organise campaigns to persuade authorities and fleet owners to require ISA systems when procuring new vehicles, and increase the penetration of vehicles with ISA by stimulating the introduction of after-market ISA systems in existing vehicles. The organisations – a mix of local and regional authorities, public transport companies and network organisations – are committed to support the objectives of the ISA Working Group by developing and delivering the actions outlined in the manifesto.

Various systems exist that, in general, can be divided into three types:

Given the current state of technology, the absence of 100 per cent accurate digital maps and speed information, the half-open system seems to be the most effective and acceptable.

The vehicle receives position information via GPS and the accurate speed limit via a digital map. This information is integrated with video camera sign recognition. The system will limit the engine power to prevent the driver exceeding speed limits; this system can, however, be overridden or temporarily switched off. Since many vehicles already have hardware such as GPS, front-facing cameras and manual speed-limiting systems, ISA is simply adding additional software.

Is it available now?

Transport for London require all their new buses to be fitted with ISA. A case study in 2015 concluded that it was especially useful to prevent speeding in 20mph zones. The system in these buses prevented acceleration over the posted speed limit. TfL is currently buying roughly 900 buses a year, so it is expected that by 2028 the whole fleet will have ISA. The city of London sees itself as a role model for other cities in Europe regarding the wider adoption of ISA.

Several pilot examples have been retrofitted with ISA in existing vehicles; a pilot will take place in 2020 in the province of Overijssel (NL) and the cities of Helmond and Tilburg in the province of Noord-Brabant (NL) using the aftermarket solution with V-tron technology.

The most substantial benefit of mass adoption of half-open ISA is road safety. It will reduce collisions and deaths by 30 and 20 per cent respectively according to the European Transport Safety Council (ETSC). It will also reduce emissions of NOx, CO2, PM2.5 and fuel consumption, with CO2 emissions potentially cut by eight per cent; contributing to the Paris agreements. Especially in urban districts it improves safety and liveability.

Implementation of ISA in school zones is a quick solution to reduce casualties. A study by the Norwegian Institute for Transport Economics in 2014 found that ISA for professional vehicles such as vans, lorries and buses has a meaningful effect because their mandatory top-speed limiter is not working on urban and rural roads with lower speed limits.

The city of Helmond in the Province of Noord-Brabant (NL) started experimenting with ISA because this is a smarter way to reduce speed than using speed bumps in low-speed zones. Of course, it also helps drivers to avoid speed fines.

There are still several barriers that prevent large-scale deployment of ISA for which ‘learning by doing’ is needed. A vital challenge is to keep digital maps up to date and to standardise them. When road authorities modify speed limits the digital maps also need to be updated. Within the European TN-ITS platform road authorities, map makers and producers of navigation systems work together on fast exchange of data and standardisation. Additionally, the positioning by GPS is not always accurate enough. Perhaps the implementation of the European Galileo system, a satellite navigation system which is more precise than GPS can contribute in solving the issue.

Experience teaches us that traffic signs are sometimes unreadable for a wide diversity of reasons and as such, ISA can’t rely only on traffic signs. An important challenge is user acceptance. People don’t like losing control over their vehicle, however, trials conducted in EU states revealed that drivers only need a short time to adjust to ISA after which the majority appreciate it. Also, since ISA can be seen as a small step in the development of autonomous mobility, it is a way for drivers to get used to a vehicle taking over tasks step by step.

The costs of implementation for users and road authorities are no doubt a barrier but since hardware is increasingly standardised, the prices will drop. Economies of scale apply as soon as ISA is mandatory in the EU or public authorities demand it in their procurement for new vehicles. Liability is an issue in mostly closed systems.

Edwin Mermans is Senior Advisor International Affairs at the Department of Mobility and Infrastructure from the Province of Noord-Brabant (NL). He is working on the TEN-T network, Mobility-as-a-Service, C-ITS, CCAM and sustainable urban mobility. Mermans is coordinating the New Mobility Services initiative as part of the European Innovation Partnership on Smart Cities and Communities.

Tamara Goldsteen is Senior Project Manager Smart & Green Mobility at the city of Helmond and Innovation Manager Europe for the Smart Mobility Office of the Province of Noord-Brabant (NL). She is representing city and province in European projects and platforms on C-ITS, automated driving, traffic management and MaaS. Goldsteen is also a coordinator of the New Mobility Services initiative in the European Innovation Partnership on Smart Cities and Communities.

Gert Blom studied Economic Geography at Nijmegen University (NL). After working for 20 years as a logistics manager and business unit manager for private companies in the automotive and food sectors, Blom changed jobs 15 years ago to start working for the city of Helmond (NL). First as Traffic Department Manager, now as Strategic Advisor Mobility & Coordinator of the international smart mobility projects. Blom is Chair of the National Host Committee for the ITS 2019 European Congress which will be held in the Brainport Eindhoven region in June 2019, and Chair of the EIP-NMS WG on intelligent speed assistance ISA.