While borders are less and less noticed when travelling by car, they still have a huge impact on cross-border public transport. However, as Dominik Elsmann and Julia Quitmann from Aachener Verkehrsverbund GmbH (AVV) explain, the digital age is making cross-border travel simple and seamless. 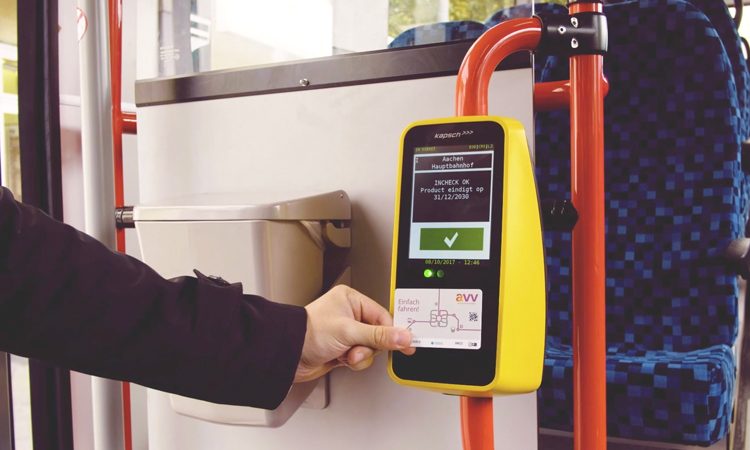 A passenger doesn’t usually notice the change in voltage system when crossing a border by train, yet these systems differ from country to country and represent a challenge for train suppliers and operators. Similarly, this challenge applies to ticketing and fare systems too, but thanks to the work of operators, goes largely unnoticed by passengers. In the past, differing languages on printed tickets for cross-border services has posed one of the greatest challenges regarding inspection in neighbouring countries, but is now quite manageable. In the meantime, ticketing in public transport was strongly influenced by digitalisation, resulting in a huge opportunity for cross-border transport.

In the past, this dynamic process has evolved in a nationally-isolated manner. The development of technical standards for electronic ticketing is a good example of this, and today we’re facing technical standards in electronic ticketing that differ from nation to nation. Solutions that can cope with this new challenge are urgently needed to allow a seamless travel experience in public transport – especially across national borders.

The city of Aachen and its surrounding area is a good example that showcases the need for cross-border solutions. A well-developed network of cross-border bus and train services exists, which enables cross-border mobility between cities and regions in the Euregio Meuse-Rhine. Commuters, students and tourists cross the border every day, but one of the key objectives is to make it as easy as possible for passengers to use existing services both domestically and cross border. Increasing the simplicity of using public transport across national borders goes hand-in-hand with making it as easy as possible to buy a ticket for public transport services. Currently, German passengers are unable to use their public transport chip card for journeys to neighbouring destinations, such as Maastricht (the Netherlands) or Liège (Belgium). 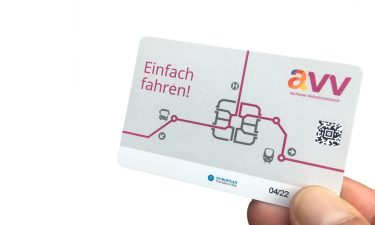 Within the border triangle between Germany, Belgium and the Netherlands, this challenge becomes visible, as three different electronic ticketing systems exist next to each other and collide at the national border. In order to interconnect the different systems, the Horizon 2020-funded project, ‘European Travellers Club (ETC)’, has developed and tested a new technology that could potentially deliver a solution for interoperability in the field of cross-border ticketing in public transport across Europe. Based on the concept of account-based ticketing, nationally differing ticketing systems can be linked without the need to change existing national standards. Key to the success of this is letting different systems coexist, but while introducing an interoperable layer that can connect the different existing national systems.

To improve the attractiveness of cross-border public transport, partners from the Netherlands, Luxembourg and Germany participated in the aforementioned ETC project. Aachener Verkehrsverbund was one of the partners on the German side. The core objective was to introduce and test the concept of account-based ticketing on the border-crossing bus lines connecting Aachen and the Dutch cities of Heerlen and Maastricht. In this pilot, participants received a chip card containing both the national standard electronic ticket as well as an interoperable ID that would be recognised and processed in the neighbouring country. With this set up, pilot participants were able to travel on buses in the city of Aachen as well as on Dutch bus lines using only one chip card.

Following the roaming model used in mobile communications, the pilot participants received one invoice from their home public transport operator (PTO) where they initially signed up. This invoice reflects both journeys within their home public transport system as well as journeys on foreign services in the neighbouring country. Pilot participants travelled on bus services operated by the German PTO, ASEAG, and the Dutch PTO, Arriva – incentivised by 14 days free travel.

From a technical point of view, we have adopted an ID-ticketing approach in order to build up interoperability between different national ticketing schemes. The chip cards used in the pilot were equipped with a secure identification number. This encoded ID is called a token and was saved on conventional chip cards, such as the Dutch ‘OV-Chipkaart’ and the German ‘(((eTicket Deutschland’. Using the concept of account-based ticketing allows the intelligence of the system to shift. By doing so, the generated transactions are handled by intelligent back-end systems rather than at terminals. The terminal only needs to read the identification number and connect to the ticketing cloud, where further processing takes place.

Five-hundred participants subscribed to participate in the pilot and helped to test the innovative systems in daily operation. The pilot was very successful and showed that account-based ticketing using a secure ID as an identifier works well as a solution for cross-border ticketing. The pilot participants evaluated the new system very positively. More specifically, the results of the evaluation revealed that participants valued having the option of travelling with only one account and one chip card across national borders. Furthermore, the feedback from pilot participants helped to identify the passengers’ needs and wishes for further development of the system. Among other things, pilot participants expressed that they’d like to be able to handle ticketing through their smartphones. German passengers also showed an interest in Dutch distance-based fare calculation, which allows for flexible pricing of journeys.

In terms of the technical approach itself, a number of advantages become visible. First of all, it negates any need to change existing national standards, as account-based ticketing interlinks them and generates interoperability. On top of this, it allows huge flexibility with regard to the user medium. While the Dutch OV-Chipkaart system is card-based and terminal infrastructure will be more and more important due to the expansion of gated train stations, in Germany, terminal infrastructure such as validators do not exist everywhere. Speaking generally, train stations and services in Germany are not equipped with terminals. However, a smartphone-based approach would be able to cope with these circumstances without any problems. Account-based ticketing allows both; the token can be written on a chip card and also into a barcode.

Having finished the pilot, the former ETC project partners and new partners are now working on a strategy for a follow-up project to further develop the system itself and to roll-out the approach geographically. In the Netherlands, account-based ticketing will form an integral part of the new strategy for ticketing in public transport ‘OV betalen’. The integration of the ID-ticketing approach into the German e-ticketing standard is currently being implemented, creating a solution for all regions in Germany that would like to benefit from this interoperable approach.

One of the first steps in the wider roll-out of this approach sees the implementation of account-based ticketing on the new direct train connecting Aachen and Maastricht. This reflects the central objective to continue the work and further develop the system. In this context, the system will be extended to new modes, especially to cross-border train services. Furthermore, new functionalities will be implemented, such as the integration of the smartphone as a user medium and the ability to enable distance-based pricing for journeys.

Once account-based ticketing is in operation, it brings many advantages to public transport – especially in border regions. By using a single chip card or smartphone, there is no need for a detailed knowledge of different ticketing and fare systems. All the passenger needs is one account, combining subscriptions with various (mobility) services. Customers can choose their preferred user medium, as long as it is supported by the local system. This approach allows the passenger to travel with chip cards, smartphones, printed paper tickets or whatever might be available in the future. An account-based ticketing approach generates much more flexibility (e.g. with regard to user medium), while at the same time making access to public transport as easy as possible for the passenger. This is a significant step towards the direction of seamless mobility in the digital age, which has the potential to bring regions closer together than ever before.

Dominik Elsmann is Head of Cross-border Public Transport at Aachener Verkehrsverbund GmbH. He has a PhD in Economic Geography from RWTH Aachen University, and worked as a project manager for international transport projects for three years. He joined AVV in 2015, where he is responsible for all matters in the field of cross-border public transport, and has been a project manager for several international public transport projects that focus on innovation and digitalisation.

Julia Quitmann is part of the Department for Cross-border Public Transport at Aachener Verkehrsverbund GmbH. She is involved in different cross-border projects in the field of public transport and more specifically responsible for the Interreg project, ‘emr connect’. She has studied at Hochschule Heilbronn and holds a degree in Public Transport Management.