Ride-sharing has the potential to help solve the global problem of pollution, overpopulation and congestion. Katy Medlock, Head of UK at Drivy, explains how integrating car- and ride-share options with public transport could be the way to finally leave personal car ownership in the polluted past. 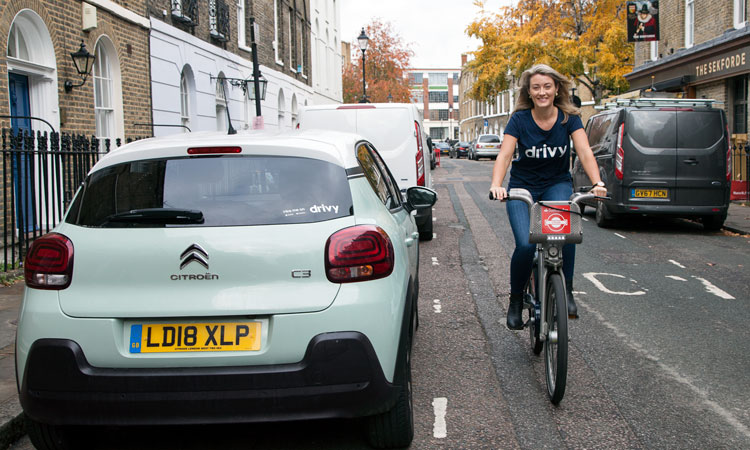 Last year I attended the Intelligent Transport Conference, where some of the people I met were clearly surprised to see a car-sharing player like Drivy (now Getaround) represented. I remember one person from the rail industry suspiciously referring to me as “one of those new disruptive competitors”.

I think it was meant as a compliment, but still rather odd, given car-sharing providers share the same common goal as public transport operators and local councils: developing an effective public transport ecosystem to reduce car ownership and the corresponding congestion and pollution. This essentially leads to providing people with a cleaner method of getting where they need to go, and in the process, reducing the need for personal car use.

Multimodality is just a modern version of the old phrase ‘horses for courses’. It fits the transport industry perfectly: sometimes the best way to get where you’re going is a train, sometimes a bus, sometimes cycling or walking. However, there are also times when the best solution is a car. Despite all the new players and developments in the mobility market, research from the AA indicates that 27 per cent of motorists say they are using their cars more than the year before, while only 18 per cent say their usage has reduced.

Even if the last-mile problem is solved, it may always be convenient for people to have access to a car once or twice a week. Emotional attachment and habitual dependency, coupled with a perceived lack of other transport options, are stopping people from selling their cars. Moreover, this prevents people from committing to an (almost) car-free lifestyle, which in turn contributes to the declining numbers of public transport passengers. Still not forgetting the congestion and pollution that comes along with it all.

If we want people to give up owning a car, we need to make sure they can access one conveniently on demand, within walking distance. This is where car-sharing apps like Drivy become essential: providing customers with all the benefits of owning a car, such as being located near your house, accessible whenever you need it and at a competitive price, while removing the burdens of owning a car. Additionally, there are no expensive insurance bills, parking commitments or need to organise an MOT.

In France, research conducted by ADEME (the Environment and Energy Management Agency) has found that those who use car-sharing apps travel 41 per cent fewer miles by car and are more likely to travel by bus, train or active travel. This reveals that rather than competing with or replacing public transport, car-sharing is in fact complementary, encouraging people to hop onboard with the ‘horses for courses’ idea. This leads to the right transport method, at the right time, for the right journey. In the end, the consumer and the environment benefit, as every journey is made using the most efficient means of transport available, whether from an economic, environmental or convenience perspective.

New MaaS apps like Whim have really embraced the concept that people need to get around in the right way, at the right time by developing monthly mobility packages. They’re just about live in Birmingham in the UK but considered to be a ‘home screen essential’ app in Helsinki – where the app was developed. Such apps can address a customer’s car-sharing, taxi, bike-sharing and public transport needs all in one subscription. It’s a logical and well-balanced approach to the fact that we still need private cars every now and again.

If car-sharing is adopted and we do manage to drag people out of the comfort of car ownership, there’s a real question of what’s the best use of the space. Shared transport organisation ComoUK research found that every car which is part of a ‘club car’ takes 10 private cars off the road.

Imagine if even half of London’s 2.6 million privately owned cars1 were shared; a lot of space could then be given back to the city. It could be used for bus lanes, cycle lanes or even safer walkways for pedestrians.

On a more personal level, imagine for one moment what your own street would look like if not laden with the dozens of hatchbacks sitting there, unused most of the time.

In freeing up the streets from parked cars, less time is spent in traffic. According to the Department for Transport, London alone has a congestion problem that costs £9.3 billion per year, largely in lost productivity. When you consider the national figure, this leaps to £39 billion.

Will the car ownership model change?

Could the current combination of existing mobility apps and services foster change in the prevailing car ownership model? I hope so, because the current ownership model is – quite frankly – entirely illogical. Consider the simple maths: car ownership costs Brits on average £3,500 a year2, but the RAC Foundation tells us that most personal cars in the UK sit unused for 96.5 per cent of the time. Is it worth it?

Department for Transport data shows that the average age of a car in the UK is about eight years, so we can assume that most people only tend to make (or re-make, in many cases) the decisions that surround car ownership every five to 10 years. This could be when life circumstances change – like a new location, a new job, or starting a family – or it could be as simple as it just being time to upgrade, either because of a lease plan expiry or the car needing renewing due to age.

In deciding to continue ownership or not, a personal car is more or less a sunk cost. Car owners feel like they must use their car enough to ensure they’ve justified the extortionate costs that they’re committed to – both at the point of purchase and annual expenditures. With this logic, the car dependency mentality continues.

In urban areas, car-sharing apps and MaaS platforms are rapidly becoming attractive alternatives to owning a car, however, car ownership is still not declining as it should be following this trend.

It seems that the costs of running a car are still affordable enough for people to justify it in exchange for the convenience that cars offer over public transport. Although opinions about it are divided, London Mayor Sadiq Khan’s Ultra-Low Emission Zone (ULEZ), will replace the T-Charge from 8 April 2019, but it will not be until 2021 that we start to see any significant changes aimed at private car ownership. From early April onwards, it will cost non-compliant cars £12.50 to travel within the zone – which is 18 times the size of the current congestion zone3 and stretches from the north and south circular routes.

Owning a non-compliant model could easily cost another £250 per month, whereas upgrading to a compliant model of course bears substantial purchase cost. Regardless of the decision, there lies a figure that will surely cause car owners to evaluate the cost a little more thoroughly.

The next five years when ULEZ is in full swing will tell if this is the final push that’s needed to lull Londoners out of that comfort blanket of car ownership and onto bikes and buses. This isn’t just a London-centric question – many other cities across the UK are considering similar plans, including Leeds and Birmingham.

For those in the ‘zoned’ areas that do decide to continue to own a personal car, car-sharing presents a viable option for offsetting the increased costs of that compliant model. Car-sharing allows these car owners to earn money by renting their cars when the vehicle is not in use – quite probably to someone just around the corner that made the decision not to purchase a car. Better yet, Drivy also enables this to happen via a mobile app, so a face-to-face meeting to exchange keys is not required. Personal insurance is not impacted as rentals are covered under the policy with Allianz.

The car-sharing solution reduces – but doesn’t absolve – car ownership. Until we reach the point where private car ownership is entirely obsolete, this exchange presents a win-win outcome for all. For the owner, it’s the income needed to afford greener cars; for the sharer, it removes the need to own a car through providing a way to get from A to B when a transport solution isn’t available. Finally, for the cities, the exchange means the biggest win of all: the positive economic impacts of less congestion, the social impacts of more liberated city spaces, and the environmental impact of cleaner air.

Katy Medlock is the Head of UK at Drivy – one of Europe’s biggest car-sharing apps with 2 million users and 50,000 shared cars across six countries in Europe. Drivy started in 2010 on a small street in Marseille with the aim of answering one question: what can be done about the endless lines of cars parked and left unused along the streets? Medlock believes the answer lies in car-sharing and making all forms of transport can work together. 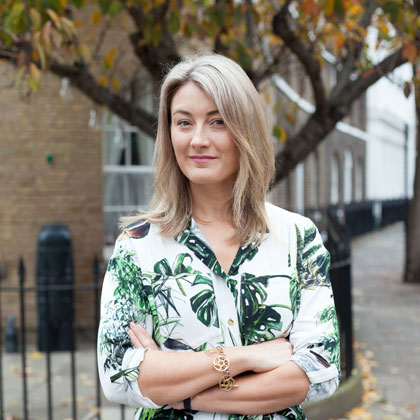 One response to “Why public transport operators should embrace car-sharing”