Stephen Edwards, Executive Director of South Yorkshire Passenger Transport Executive (SYPTE), was recently named the new Chair of the Urban Transport Group (UTG). Here, we quiz him on the areas he’ll be focusing on in his new role, connecting transport services, working as a collective with other group members, and more. 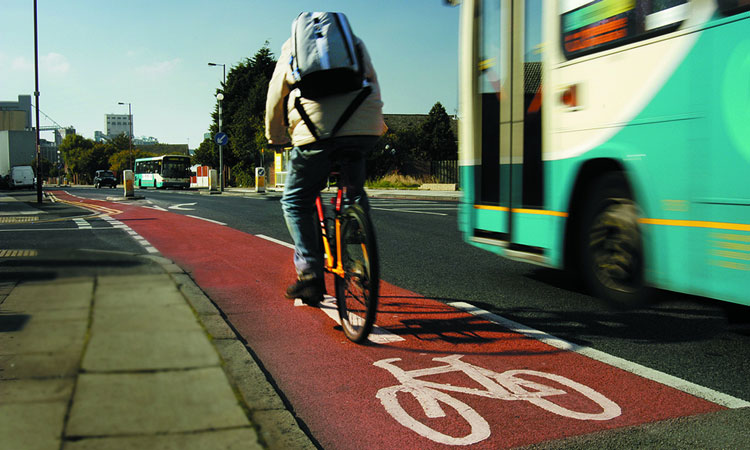 What’s at the top of your agenda as the new Chair of the Urban Transport Group?

There are five things that are of particular importance to me that largely overlap with UTG’s priorities. Firstly, the bus network and its sustainability – in particular the issue of patronage decline. The two things are symbiotic. As patronage falls, the economic viability of the network reduces, often leading to reductions in service provision which in turn make the network less attractive. This is a trend we are seeing across the UK.

Another thing that’s linked to this is capital and revenue funding. Whilst capital funding for investment can be a challenge, it’s becoming increasingly difficult to maintain infrastructure and keep it operational – particularly as public sector budgets come under increasing pressure. Devolution and the establishment of city regions helps, as authorities can set and address local priorities and get greater local input into decision making.

Furthermore, air quality is a massive issue in urban places. It’s crucial that we pay closer attention to modal shift, emissions and cleaner vehicles, but also encourage active transport, such as cycling and walking.

Finally, it’s important that the transport sector pays close attention to careers and the workforce. Ensuring we have the right skills to deliver the big infrastructure projects is what immediately springs to mind, but there is a need for a more representative mix of people to come into public transport. It is predominantly a white, male-dominated industry and requires people that better represent the make-up of UK society: younger individuals, more women and people from BAME communities. We need people with skills that the industry typically hasn’t needed or made effective use of in the past. As an industry we must do more to promote the wide range of opportunities we have in what will be an exciting period for public transport in the UK.

As governments around the world urge people to stay out of their cars, how do you think the UK is fairing in encouraging people to make a modal shift?

It’s a mixed picture – there are good examples where we have seen successful modal shift through efforts to improve public transport. In Birmingham, there’s been an increase in people travelling into the city centre and the proportion of people doing so by rail has also increased significantly. Where there has been investment in rail, you tend to see an increase in people using rail.

This is patchy though, and there are some things that can be done to improve modal shift. One is the design of urban space; transport infrastructure often follows on from other investment in the development of urban space. Consequently, it’s not always an integrated part of that design which can lead to it being less effective than it could be.

There also needs to be an improvement in facilities, like cycle storage and cycle paths and placing them where people can truly make use of them. We must ensure that transport networks are better integrated and that it’s easy for people to switch from one mode to another.

One area that needs better publicity is the benefits of using public transport and how it can help with the modal shift. Where there are good examples of integrated networks, we need to emphasise it as there’s a tendency not to be as vocal about the positive aspects of public transport. There is an element of ‘carrot and stick’; positive reasons for people to use public transport will encourage a modal shift, but in some areas that means making tough decisions that will prove unpopular for some.

How important is connectivity of transport networks in simplifying passenger journeys?

If we’re going to make a meaningful change to people’s behaviour then seamless integration is vital. It’s a huge challenge given the size and complexity of the UK’s urban environment, but convenience and simplicity are of increasing importance in day-to-day decision making. We all want things to be simple, reliable and effective – transport is no different. Transport is all about connecting people with places, but if we want public transport to be the default option, we need to make sure those options are simple, reliable and efficient.

Technology, obviously, is playing its part in making transport networks more accessible – some networks can look daunting to those who aren’t regular users and technology is useful for the information it can provide. It also joins networks together, providing passengers with a complete journey. Whether they’re travelling by a single mode or making a multimodal trip, the most important thing is simplicity. Getting in a car and driving straight to your destination is a very simple choice for most – we need public transport to rival that.

In your time in the public transport industry, what change would you say has made the biggest impact?

One of the most significant changes is devolution and the effect it’s had on decision making and the transfer of power to local bodies. Whether its elected mayors, or bodies like Transport for the North or Midlands Connect, devolution has massively impacted the way that public transport is governed.

Also, the decline in patronage, particularly for buses, has put enormous pressure on the whole system in terms of funding. Nowhere is this truer than in rural areas, but it’s vital that people in those areas still have access to public transport. It’s also true of urban areas – the last thing anyone wants is for more people to get in their cars.

In the short-term future, how important will organisations like the Urban Transport Group be in ensuring that UK public transport is successful?

Everyone is trying to do more with less resources, so individually there is a limit to what UTG’s members can do. Collectively, however, we’re able to maximise each other’s strengths and somewhat punch above our weight.

The pace of change, especially around technology, is very difficult to keep up with, yet with members sharing intelligence, it’s much easier to work out what works, what doesn’t and whether to implement changes.

Whether the discussion is around climate change, patronage decline or funding, everyone is facing the same challenges globally, so it is important to be able to scale and have a strong voice to steer the conversation around those issues.

Stephen Edwards is Executive Director of SYPTE and Chair of the Urban Transport Group. Edwards joined SYPTE in November 2015 following a successful career at Liberata UK Ltd. He has a wealth of experience in both the public and private sector, having worked in a range of service areas including business improvement, customer experience and service operations. He led the development of Liberata’s shared service operations for both customer service and back-office functions and most recently led the operational delivery for the CapacityGrid suite of services. 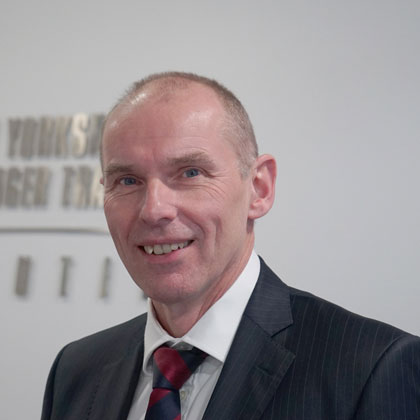