Supporting the industry: the Bus Rapid Transit Centre of Excellence

Bus Rapid Transit (BRT) is one of the eight Centres of Excellence (CoE) funded by the Volvo Research and Educational Foundations (VREF) around the globe. The BRT CoE was established in May 2010 and is working as a consortium of five institutions led by Pontificia Universidad Católica de Chile (PUC) and also including the Massachusetts Institute of Technology (MIT), the Technical University of Lisbon, the University of Sydney and EMBARQ – the WRI Centre for Sustainable Transport, including its network of centers of sustainable transport. The main goal of this CoE is to develop a new framework for planning, designing, financing, implementing and the operation of BRT systems in different urban areas, giving clear guidelines to decision-makers on when and how BRT projects can effectively enhance mobility and meet accessibility needs. These guidelines are becoming an important milestone changing the way decision-makers address investment and design plans for configuring urban mobility systems. An essential goal of the BRT CoE is to identify elements which are transferable between existing and prospective BRT systems and elements that are project site specific. 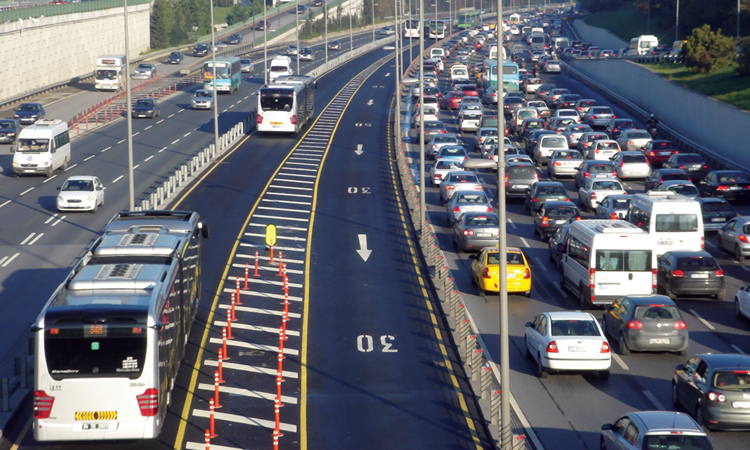 After the successful implementation of Transmilenio in Bogotá in 2000, the previous decades saw significant growth in the number of BRT corridors implemented worldwide. According to our database2, 163 cities have implemented different levels of BRT features. Even though BRT is certainly not the solution for all urban transport problems, it should be considered a key element in the development of sustainable future urban transport since BRT systems are:

The aforementioned suggests a wide range of situations for successful BRT implementation. At the same time, BRT systems are a feasible instrument to make metropolitan areas more sustainable from the economic, financial, social, political, technical and environmental perspectives, making them more attractive places to live, work and visit.

To enhance mobility in a city, the main focus should be in the level of service provided by the public transport system as a whole and not in how effective a particular element can be. Thus, cities should address BRT corridors within the broader framework of public transport integration and intermodality, and paying special attention to making transfers as comfortable, informed, safe, secure and fast as possible. An isolated BRT could force its potential users to transfer too often and/or under poor circumstances and therefore prefer alternatives as soon as they have them.

The approach of our Centre includes the development of methods and tools for the analysis and evaluation of BRT systems, the production and dissemination of case studies in which we present a critical review of successful and not so successful cases of BRT implementation in different continents and urban settings, the production and dissemination of educational material aimed at both the stakeholders and at formal University courses, thus addressing the immediate needs and laying the foundation for the development of the next generation of qualified professionals and researchers with an interest in BRT, and the implementation of our research and learning through the EMBARQ network and the cities associated to our CoE.

We expect that this CoE will be an agent for change in cities worldwide seeking to transform their public transport systems. On one hand we expect to participate through EMBARQ and other links, in specific projects needing our scientific background and tools; this participation will also be crucial to raise relevant questions requiring urgent answers. On the other hand, we expect to become a valuable resource for cities looking for advice on what type of transformation their public transport system needs; how to promote it among decision-makers, citizens and the media; and how to design, implement and operate it.

The BRT CoE has structured its work into four main dimensions:

The BRT Observatory aims to gather, present and interpret BRT data from all around the world. The Observatory database collects key indicators that allow a comprehensive performance benchmark analysis among BRT and busways. This database presents several key indicators such as km extent, daily demand, number of cities and evolution of number of systems since 1970. During this year, 58 corridors in 17 cities were included in the public platform, adding 598km and 5,655,417 daily passengers to the database. By the end of August 2013, the database had 305 corridors in 163 cities serving nearly 30 million passengers per day along 4,256km. During the last year several corridors were updated following a quality control process. We invite Eurotransport readers to help us complete, correct and update the database. It is for everyone’s use.

This is the mainstream of our work. We develop in-depth understanding of the factors and relations underlying system performance, developing or improving analytical methods and their supporting instruments. Our focus ranges from the strategic to the tactical and operational, from political and financial aspects to controlling buses online.

Our goal is to deploy the knowledge gained supporting teaching, education and training for regular and long-life learning. We target not just graduate students at our universities, but also train professionals at transit agencies, operator companies, consultant firms, financial institutions or even journalists or dealing with public transport projects. If you see an opportunity for a Public Transport course around you, please contact us.

We work in two dimensions: on one hand supporting cities willing to start a transformation of their public transport system, in the other hand transferring the tools we have developed to address some of the challenges that transit agencies and operators face. We have developed an alliance with the Latin-American Association of Integrated Transit Systems and BRT3 to provide them with technical support.

BRT has evolved from simple bus priority measures to an integrated systems approach for enhanced service provision. The road has been full of difficulties and controversial projects. However, the long term trajectory of the industry is very positive when you highlight the lessons learned and some emblematic breakthroughs in BRT evolution in cities like Curitiba, Bogota, Santiago, Istanbul, Guangzhou and Cali. BRT is increasingly becoming a key towards urban transformations that go beyond the transport corridor, as formalisation and consolidation of the bus industry, renewal of the urban landscape, fare integration, fleet modernisation, magnetic payment systems, bike paths, etc.

The cradle of BRT can be found in Curitiba which in the early-80s structured its transit network around backbone axes for linar urban development. Curitiba implemented longitudinally segregated median bus ways, tube-shaped stations with fare prepayment and at level access, physical and fare integration among diverse services, centralised fare collection. Curitiba’s system can be considered the first ‘surface metro’ moving up to 23,000 passengers per hour per direction with a commercial speed of 25km/h.

Bogotá in 2000 took the idea to a new dimension enlarging the stations and adding a second line to run express services. Bogotá moves up to 45,000 passengers per hour per direction with a commercial speed of almost 30km/h.

Santiago introduced its fully integrated and multimodal Transantiago system in 2007 through a big bang. Its catastrophic start dramatically shows the relevance of having the right BRT-like infrastructure in place. Cities should evolve towards full integration as Santiago did, but they should have in mind that transfers will multiply in the process. Those transfers must be carefully designed to prevent quality of service from deteriorating, and high speed must be provided to compensate the extra transfers. However, after the traumatic experience, Santiago is now in a privileged position to improve its system now that full integration and formalisation of the industry have been achieved.

The Istanbul BRT implemented in 2008 connects Europe and Asia through a central busway running in the middle of an expressway. Thus, the BRT runs fully-segregated from traffic and operates with very long station platforms and separated 1.1km on average. This BRT provides the fastest operational speed in the world reaching 42km/h, and a very high peak throughput (30,000 passengers/hour/direction) and frequency (dispatches every 15 seconds) even though it has a single lane per direction.

Guangzhou in China implemented a BRT corridor in 2010 that defies the feeder-trunk structure that is quite popular in Latin American BRT applications. Instead, Guangzhou operates an open system in which services enter the trunk corridor from adjacent neighbourhoods continuing on the trunk section eventually leaving towards a different neighbourhood. The Guangzhou Corridor has quite unique dimensions with stations ranging from 55m to 260m. It allows up to 27,000 passengers/hour/direction, with 350 buses per hour and direction. The Guangzhou BRT shows the highest load per km in the world: 35,500 passengers/km.

Juan Carlos Muñoz4 achieved a PhD in CEE and MSc in IEOR from the University of California at Berkeley in 2002. He is the Head of the Department of Transport Engineering and Logistics of the Pontificia Universidad Católica de Chile (PUC) where he acted as an Associate Dean of Academic Affairs from 2007 to 2010. JuanCa’s main research areas are public transport, logistics, transport networks and traffic flow theory. Since 2010 he has lead the Across Latitudes and Cultures Bus Rapid Transit Centre of Excellence1 and since 2013 has co-directed the multidisciplinary Centre of Sustainable Urban Development at PUC5. During 2003 and 2004, JuanCa was a personal advisor of the Chilean Minister of Transport on transit issues. In 2008 he was designated as one of the 12 members of a committee summoned by the Minister of Transport to suggest action lines for the recently created transit system of Santiago, Transantiago. He was a member of the Board of Directors of the Metro of Valparaiso and advisor to the President of the Metro of Santiago between 2007 and 2010. JuanCa is a member of several international scientific committees and has published multiple research papers in some of the most prestigious journals in the transportation field. 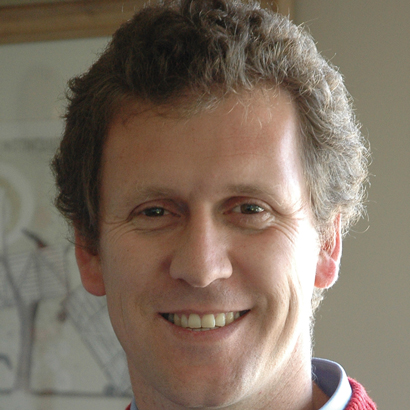