Bus Rapid Transit (BRT) ticks all the right boxes for bus passengers. They get faster journeys that avoid many of the congestion hotspots, more predictable journey times, usually newer buses, and, typically, better bus stop information and infrastructure. And the levels of benefit increase in line with the level of BRT that is offered. But that is largely down to cost and how much the funders, local authorities in the main, sometimes with government support, can afford to spend, writes Gavin Booth – Director of Bus Users Scotland. 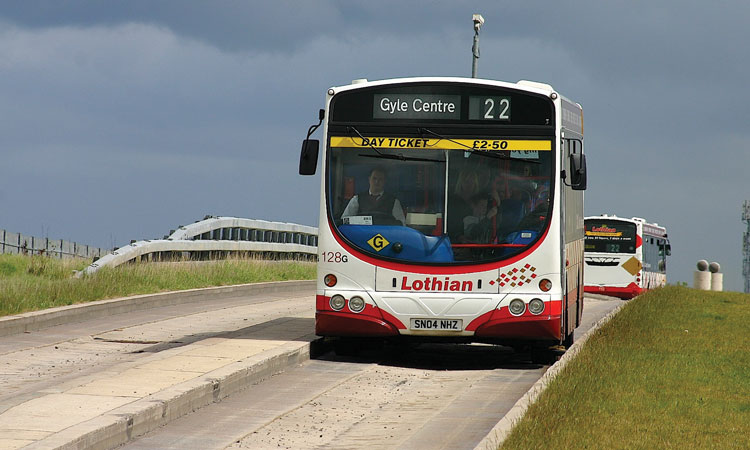 Bus passengers quickly learned to appreciate the most basic bus priority measures, where even a short length of bus lane brought clearly obvious benefits, and where there was a strong commitment to bus lanes and bus gates, passengers were quick to recognise how much faster buses were going, passing queues of static cars. Surveys showed that many of these frustrated private motorists moved to buses when they recognised that a bus journey using bus lanes could be quicker than a car, without the hassle and cost of parking.

So when bus priorities moved up a gear and local transport authorities in the UK invested in dedicated busways, travel by bus became even more attractive. The unguided 22km-long (14 miles) Runcorn busway has been operating since the 1970s; Birmingham experimented with guided busways in the 1980s and the extensive east Leeds scheme in the 1990s showed what could be done on a much greater scale.

The real push came at the start of this century when several ambitious schemes emerged. Former railway alignments offered a chance to provide interurban busways that could be built with minimum impact on other road users. The problem with railway alignments is that there is often a vocal lobby that would prefer to see the solution in railway terms. And this is where the hierarchy of priority for passengers comes in. If money is no object then many will point to a rail-based solution – a tramway or a railway – but in times of financial difficulty busways offer a more economical solution, with the future possibility of upgrading to a tramway if passenger numbers support this. The reality is that a busway can achieve much of what a tramway can with the added bonus of flexibility.

So, do busways work for passengers? The answer must be a resounding ‘yes’. Do they need to be guided busways? The jury is out on that.

My experience as a passenger on several busways on mainland Europe suggests that the extra cost of providing the ‘track’ for a guided busway is not always justified. Two contrasting busways in the Netherlands, both unguided, show what can be done. In the city of Utrecht more than 8km (5 miles) of busway are provided on a very busy route linking the city centre with hospitals and the university, using double-articulated buses for the loads they attract.

The other is the 30km-long (18 miles) Zuidtangent busway that links Amsterdam with Schiphol Airport and the town of Haarlem using ‘normal’ roads at each end but with a fast busway in between with stops that are essentially stations of a type more normally associated with tramways. And there’s the rub – this is a busway designed from the outset to become a tramway if and when passenger numbers stack up. It was built across open ground and although at first it seemed to serving few passengers, new housing and industrial units have steadily grown up around the stations.

This approach – providing transport links before the houses are built and businesses move in – means that people moving in have an established fast service on their doorstep and some local authorities are investing in this way to attract residents and businesses. In the Thames Gateway area, near London, the Fastrack bus network uses bus lanes and unguided bus-only roads to provide an attractive service and many of the new-build houses there have built-in ‘next bus’ information.

Two of the latest schemes to open in the UK are guided busways and at 25km-long (16 miles) the Cambridgeshire Busway is the longest in the world. It links Cambridge with Huntingdon and St Ives and opened in 2011 after delays. It relieves traffic problems on the A14 trunk road and provides a 32-minute journey between St Ives and the centre of Cambridge, much of it on the busway. One problem that was identified when the busway opened in 2011 was with ticket machines on the guideway sections; passengers are asked to buy their tickets on these sections before boarding the bus, but there were complaints about the difficulty some passengers experienced with this, a problem that seems to crop up when people are used to paying a driver.

Next came the unguided 4.5km-long (3 miles) Gosport-Fareham unguided busway, again using an old railway to avoid a busy trunk road, in this case the A32. A Bus Users colleague who sampled it when it first started was impressed by the purple Eclipse-branded buses and smart new bus stops, but disappointed by the shabby bus station at Gosport, the difficult-to-read next stop information and the indistinct audio announcements. He felt that its leisurely journey was not quite living up to the ‘rapid transit’ part of BRT.

The latest UK scheme is the 10km-long (6.1 miles) Luton–Dunstable guided busway, which has bus stops like small stations and journey times between the two towns have been more than halved, thanks to the segregated busway, 75% of which is concrete guideway.

There is no doubt that a segregated busway can speed journeys dramatically, offering bus passengers times that can equal and often beat private cars. There is inevitable investment in new buses – easy-access, of course plus all the whistles and bells like Wi-Fi access, leather seats, and in-bus audio/visual next stop announcements. But there still seem to be some areas where problems arise.

Poor-quality infrastructure, often on sections that are not on the busway but are still on the busway routes, can negate the positive image created by the busway section itself. Complex ticket machines on stop platforms are a disincentive to new passengers. Unclear information about which side of the busway passengers should use can lead to confusion. Slow wanders off the busway on to car-choked residential streets can destroy the illusion that this the future of 21st century bus travel.

But when it is done well – and in the UK it certainly can be – passengers enjoy fast, smooth, comfortable point-to-point journeys that are good enough to tempt motorists out of their cars.

The most impressive busway on mainland Europe is probably the BusWay in the French city of Nantes. Other main routes in the city are already operated by trams – Nantes was the pioneer of France’s new-generation tramways – but the 7km-long (4.5 miles) Line 4 was built as an unguided busway and offers up to 18 buses an hour with an end-to-end journey time of less than 20 minutes. Seven of its 15 stations offer Park & Ride facilities and these have proved so popular that some have had to be extended. It is currently served by articulated buses, but if passenger numbers continue to increase 24.5m-long double-artics are a possibility, though it has clearly been designed as a tramway, and for many this would be the preferred future for Line 4.

What is designated BRT elsewhere is BHLS in France – Bus with High Level of Service. The infrastructure for the Nantes BusWay, which opened in 2006, was €50 million, plus €9.2 million for the 20 natural gas Mercedes-Benz articulated buses, resulting in a total cost per kilometre of €3.6 million per mile – about a third as much as a tramway project. But operating costs of about €3.6 per vehicle per kilometre were reported in its early days, just a little less than the €3.9 for a tram line.

To politicians, the ‘sexy’ tram is often the preferred option, but where finances are tight the busway is a very attractive alternative. In my home city of Edinburgh, buses were withdrawn from a short length (1 mile, 1.5km) of guided busway in 2009 to provide the trackbed for the new Edinburgh tramway that opened in May 2014.

Busways may lack the glamour of a tramway, but when they are sensibly planned and operated they offer passengers most of the same advantages – fast point-to-point journeys that avoid congestion, modern easy-access buses and a ride that is usually more comfortable than many of the UK’s pot-holed streets. Even in these straitened times, investment in busways makes a great deal of sense and bus users deserve the improvements they can bring. 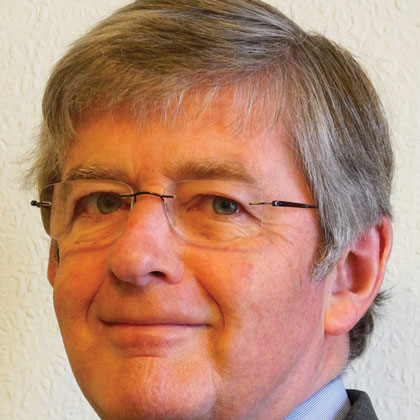