For more than 120 years, London’s roads have played host to the iconic red bus. From humble beginnings of horse-drawn ‘Shillibeers’, the fleet has now grown to 8,700 buses and account for more than a quarter of all road journeys in the city, with many running through the day and night. An increase in the number of bus journeys plus an increase in the number of cyclists and pedestrians also increases the chances of accidents, but one of Transport for London’s (TfL’s) top priorities is to reduce the number of people killed or seriously injured on London’s roads by 40% by 2020. TfL’s Director of Buses, Mike Weston, tells us what technology is being trialled on London’s buses to help improve its safety records. 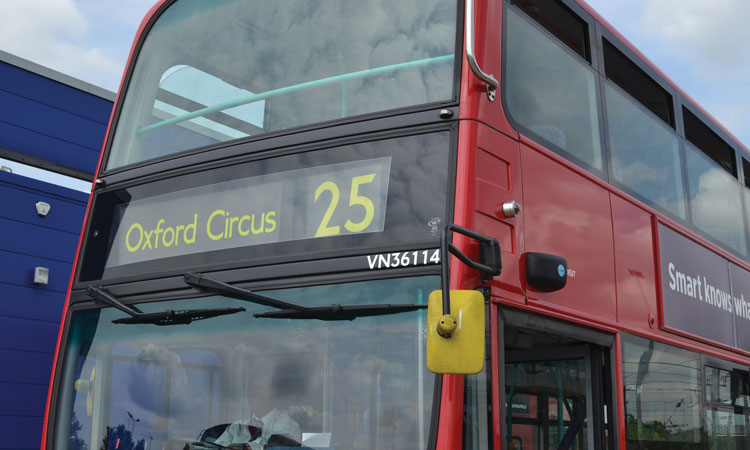 Despite having so many buses in constant operation, London has an excellent and continually improving record when it comes to reducing the number of people injured by buses. They are involved in only 8% of road collisions resulting in an injury. Furthermore, recent figures for 2013 also show that the number of cyclists and pedestrians killed or seriously injured (KSI) in a collision involving a bus or coach in the capital fell by 38% and 22% respectively compared to 2012; with pedestrian KSIs almost halving and cyclist KSIs falling by 40% in the last six years.

However, despite these promising trends, it is important for us to constantly strive to improve, particularly in a city where the number of people walking or taking to two wheels is increasing every day. This is why earlier in 2014 we began innovative trials of detection software to help further enhance bus driver’s awareness of pedestrians and cyclists. Although modern buses have significantly less blind spots than previous models, there is still a risk of drivers not seeing a pedestrian or a cyclist, due to the nature of regularly pulling into the kerbside to pick up and drop off passengers. We therefore wanted to see whether technology existed that would detect whether someone was alongside or in front of the vehicle and alert the driver so they knew they were there. In doing so, the driver would be able check the area was clear before manoeuvring, further reducing the risk of collision.

An initial trial in August 2013 showed that this type of technology had significant potential for London’s buses but that more research was needed. To help us identify the right systems for trialling, a Europe-wide Notice was issued, asking developers to submit information about products that could be considered for a trial. TfL then worked with the Transport Research Laboratory (TRL), a prestigious independent UK research organisation, to trial the technology systems that met our criteria. The technology that we wanted for these trials would look to detect using radar or sophisticated camera technology, rather than by using a ‘tag and beacon’ system, so that it could detect any vulnerable road user rather than just one who had a compliant piece of equipment.

CycleEye is an advanced cyclist detection technology which uses both radar and optical technology to detect cyclists in close proximity to vehicles and the system audibly alerts the bus driver to their presence.

Cycle Safety Shield is able to detect pedestrians, cyclists or motorcyclists in close proximity to vehicles, giving a visual warning and then an audible alert to the driver.

Four buses, two on route 25 (which run between the busy shopping area of Oxford Street to east London) and two on route 73 (from the main railway terminus at Victoria to north London via Oxford Circus and Kings Cross), were fitted with the equipment earlier this summer as part of a six-week trial. The routes were specifically chosen for the trial because of the high number of pedestrians and cyclists that are found along these bus routes, ensuring the trials tested the equipment in a demanding and busy urban environment. Driver interviews also took place to understand whether there were any issues with the design and integration within the cab that could lead to the system being less usable that it could otherwise be. We also held an industry demonstration day to highlight the technology to other bus and coach operators across the UK to gain their thoughts and opinions of this type of cutting-edge technology. We are now collating all the data from these trials and a report detailing the findings will be available in early-2015.

Other technology trials for London’s buses

Of course, these trials are just one of a number of trials being carried out across the London bus network to help keep it efficient, safe and green during TfL’s ‘Year of the Bus’, which celebrates the vital contribution London’s bus network makes to the life and economy of the city and the UK as a whole. We have recently begun trials of new bus seat detector software that utilises our CCTV systems. This removes the uncertainty on whether a seat is available on the upper-deck of a bus. The new technology analyses information from the on-board CCTV system and then displays seat availability on a screen at the base of the stairs. It enables passengers to make an informed choice on whether to use the upper-deck and may reduce crowding on the lower-deck of the bus.

In 2015 we are also looking at trialling Intelligent Speed Adaptation (ISA) on London Buses, to understand the potential this technology has in helping to regulate speed across the bus network. The technology would be linked into our Digital Speed Limit map, which shows the current speed limit of every road in London, allowing the driver to know what the speed limit is, helping to ensure that the vehicle keeps to the relevant limit. We are keen to trial this new technology more widely across London to determine its effectiveness in self-enforcing traffic speeds. The bus fleet therefore offers a golden opportunity to introduce the technology in a controlled way, allowing the best method to be developed before any wider roll-out is considered.

Selective Catalytic Reduction (SCR) equipment has also recently been installed to the exhaust systems of over 1,000 Euro III buses operating on more than 50 routes across London, as part of our continuing work to reduce NOx emissions from our bus fleet. Combined with the roll-out of new hybrid buses (including the New Routemaster) and the early introduction the ultra-low emission Euro VI engine to new buses, this retrofit programme has led to significant improvements in emissions throughout London. By continuing to invest in new technology, we can ensure that London’s bus network continues to lead the way, driving innovation as well as keeping the city moving.

Mike Weston is Transport for London’s Director of Buses. After graduating from Loughborough University in Transport Planning and Economics, Mike joined London Transport in 1985, initially in bus network planning and then moving on to other areas such as management of bus contracts and bus infrastructure. Mike became Head of Bus Operations in 2003 and in August 2004 was promoted to Operations Director for London which widened his responsibility. In October 2013 he was appointed Director of Buses which includes further responsibility for procurement, performance and development of the London bus network. Mike is also responsible for the environmental management of London’s bus fleet and has been responsible for delivering a number of projects including the New Routemaster and the retro-fit of 1,000 Euro III buses with SCR systems. Mike is also Chair of the UK Low Carbon Vehicle Partnership, Bus & Coach Working Group and Vice Chair of the UITP Bus Committee. 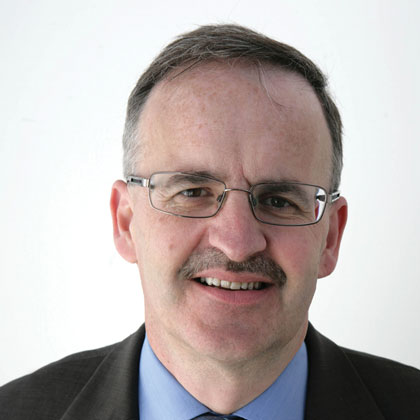